After months of training, Danica Patrick completed the 2021 Boston Marathon on Oct. 11. She excitedly shared the news on social media after finishing the 26.2 mile run.

Danica Patrick took her athleticism from the racetrack to the streets of Boston when she ran the Boston Marathon on Oct. 11, 2021. She completed the run with a reported impressive time of 4:01:21, and took to social media afterwards to celebrate her accomplishment. “Bucket list item 1 of 1 ✅ I am so grateful to be able to do @bostonmarathon!!! Thank you to all who donated to the @lightfoundation! However, I do not want to do another marathon! 😂,” she wrote alongside a series of photos she took of herself and others during the big day.

“So, whoever says you’ll sign up again right after is cray cray! But it was such a fun 4-5 month journey with really special people,” she continued. “We pushed eachother and learned more about ourself in the process. I do hard things. That’s who I am. I suppose I should make another bucket list item. 😜”

Danica was one of 20,000 runners in this year’s Boston Marathon. She wore the number 500 on her bib, as a nod to her career as a race car driver in events like the Indianapolis 500 and Daytona 500. Danica previously said that running a marathon was her “only bucket list item” left. “I hope that it will be fun because the focuses have been: Train, be prepared, feel good, and have fun,” she added.

One night before the marathon, Danica posted a photo of herself posing alongside all the essentials she’ll be using for race day. “Feels like I’m getting ready for my first day of school!” she captioned the pic. “I have all my race gear laid out!” She looked relaxed and ready to go ahead of her long run. 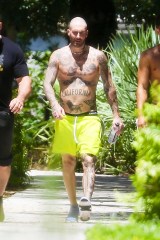 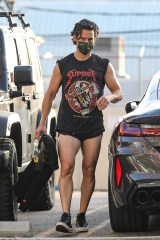 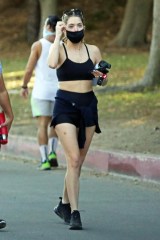 During the race, Danica was joined by her sister and a friend. They ran in hopes of raising money for the Light Foundation, which was created to help empower young people to lead active lives. Although most Boston Marathon runners must qualify to run the race by completing a previous 26.2 mile run, Danica and her teammates were able to join the runners due to their charity support. They raised nearly $50,000 ahead of the race day.

“I can’t say that I’ve trained as much as I should have, but I think that I’ve definitely trained enough,” Danica admitted before the race, adding that she spent four months (June, July, August and September) preparing for the race. “I definitely didn’t cover as many miles as the other girls running along with me did, but regardless, I still feel ready to go,” she confirmed.