Ho, ho, how talented! Creative mother paints a festive window display with £6 in supplies after a professional quoted her £80 to do the same job

A creative mother revealed how she painted a stunning festive window display for just £6 after a professional quoted her as much as £80 for the same job.

Jayde Ballard, from Birmingham, painted the Grinch, a Christmas tree and a playful dog on one of her windows.

She explained she bought some acrylic paint and decided to give it a try after a professional said it would cost between £40-£80 to do.

She shared her results on the Extreme Couponing and Bargains UK Facebook group where she was praised for her talent and told a professional couldn’t have done better. 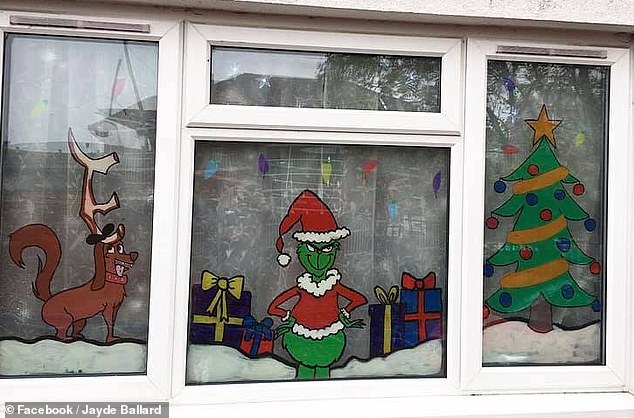 Jayde Ballard, from Birmingham, proudly showcased her Christmas window display, pictured, which she completed for only £6 after a professional quoted her between £40 and £80

People praised Jayde’s good work, with some saying she had done a ‘cracking job’ at painting her window

Jayde explained she wanted to decorate the window for her son’s Christmas.

‘Got quoted £40-£80 to have my widows painted (which obviously would of been better because I haven’t drew properly since school),’ she said.

‘But with my sons paint brush and some paints from the pound shop I done this for my son and it cost me about £6.

‘Hopefully this gives someone some inspo to do the same.’

Her window decoration saw a mischievous-looking Grinch stand behind a pile of presents next to a beautiful Christmas tree and a happy dog with Reindeer antler on his head.

Members of the bargain-loving community were quick to compliment Jayde on her brush work.

‘That looks really really good  ,’ one agreed, while another added: ‘Absolutely brilliant. Love it.

‘I can just about draw matchstick men. I am quite jealous,’ one said. 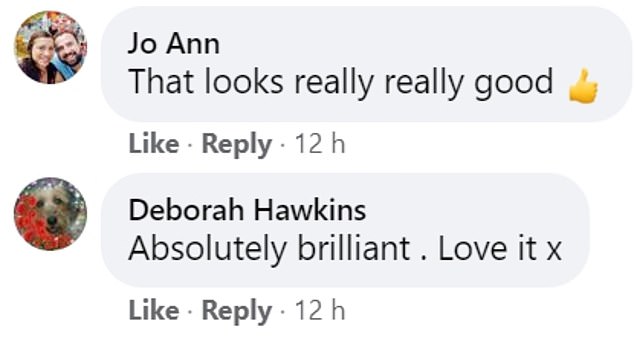 Some people said there was no need for Jayde to pay a professional, because her own drawings looked so well done.

‘Omg that is amazing I’d have thought you had payed for that. Well done so talented,’ said one.

‘Don’t see why you would have got someone else do you have definitely done a cracking job! Well done if I was you I’d be mega proud! Looks awesome,’ wrote another.

12/06/2020 Lifestyle Comments Off on DIY-wiz dazzled with her Grinch-inspired window decorations
Recent Posts
We and our partners use cookies on this site to improve our service, perform analytics, personalize advertising, measure advertising performance, and remember website preferences.Ok