Donald Trump and Theresa May posed alongside their spouses outside 10 Downing St this morning. The foursome laughed and joked for the cameras, but what was behind the smiles? There had been some questions over whether Trump would even bother to spend time with Mrs May, who announced her resignation as Leader of the Tory party last month. But the American President has gone to visit the PM – who he has met before several times. What did his body language reveal about the meeting?

“His height and front-facing torso make him the centre of attention and his trick of exaggerated emphatic gesticulation is engineered to imply he’s the group alpha.

“The beach ball hand gesture makes it look as though he’s explaining or teaching and his erect thumbs show he’s enjoying himself.

“May listens politely, seeming to have given up on these dominant leadership performances, which Trump doesn’t even stop when the group are just smiling for the camera.”

Looking at specific images, Judi continued: “Fully splay-chested here, Trump clearly cracks some kind of a joke which May responds to in an over-congruent manner that would flatter the president. 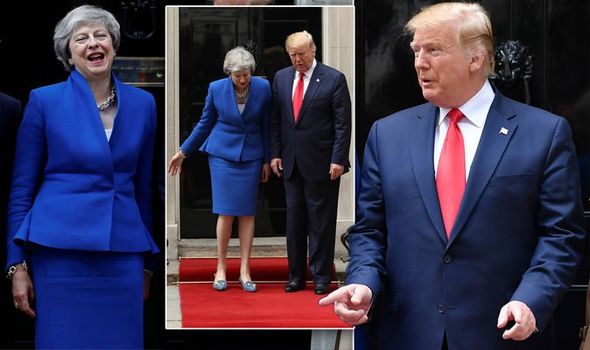 “The eye contact pose should suggest some warmth and rapport but Trumps exaggerated teeth-baring looks incongruent and forced.”

Mr Trump told May and business leaders at the start of a roundtable meeting earlier today: “I think we’ll have a very very substantial trade deal, it’ll be a very fair deal, and I think it’s something we both want to do. We’re going to get it done.”

Mr Trump thanked May for doing a fantastic job and said he didn’t know Mrs May’s timings but that she should stick around.

He said: “I don’t know exactly what your timing is, but stick around. Let’s do this deal.”

Mr Trump and Mrs May were meeting British and American business leaders on the second day of Trump’s state visit to Britain. They will later hold a press conference. 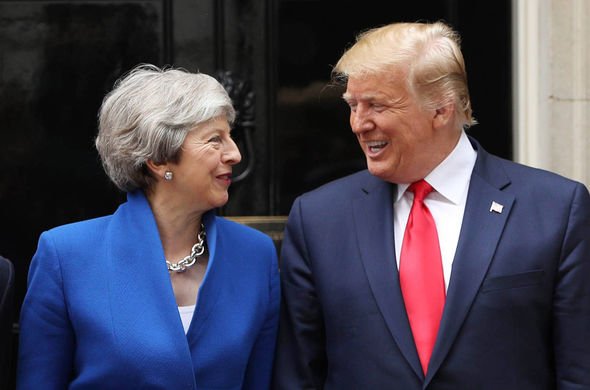 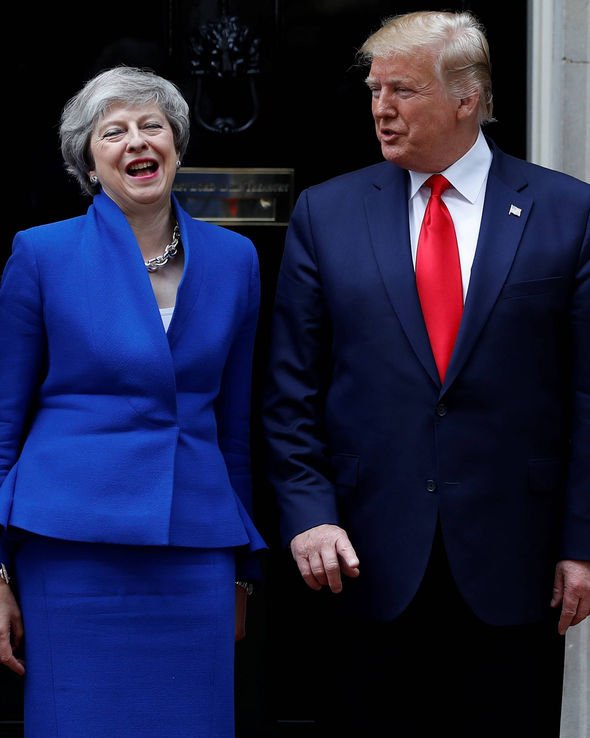 Mrs May, who is stepping down as Prime Minister on Friday, told Mr Trump the UK’s trade relationship with the US “is a great partnership but one I believe we can make greater still”.

She will suggested work on “keeping markets fair, free and open, and keeping our industries competitive, as well as calling for a “bilateral free trade agreement, with broader economic co-operation”.

The meeting takes place against a backdrop of rising alarm on global markets at the prospect of an escalating trade war between the US and China, with the S&P 500 stock market index down more than 200 points in the last month.

Trump and May will hold a press conference scheduled for 1.45pm today.