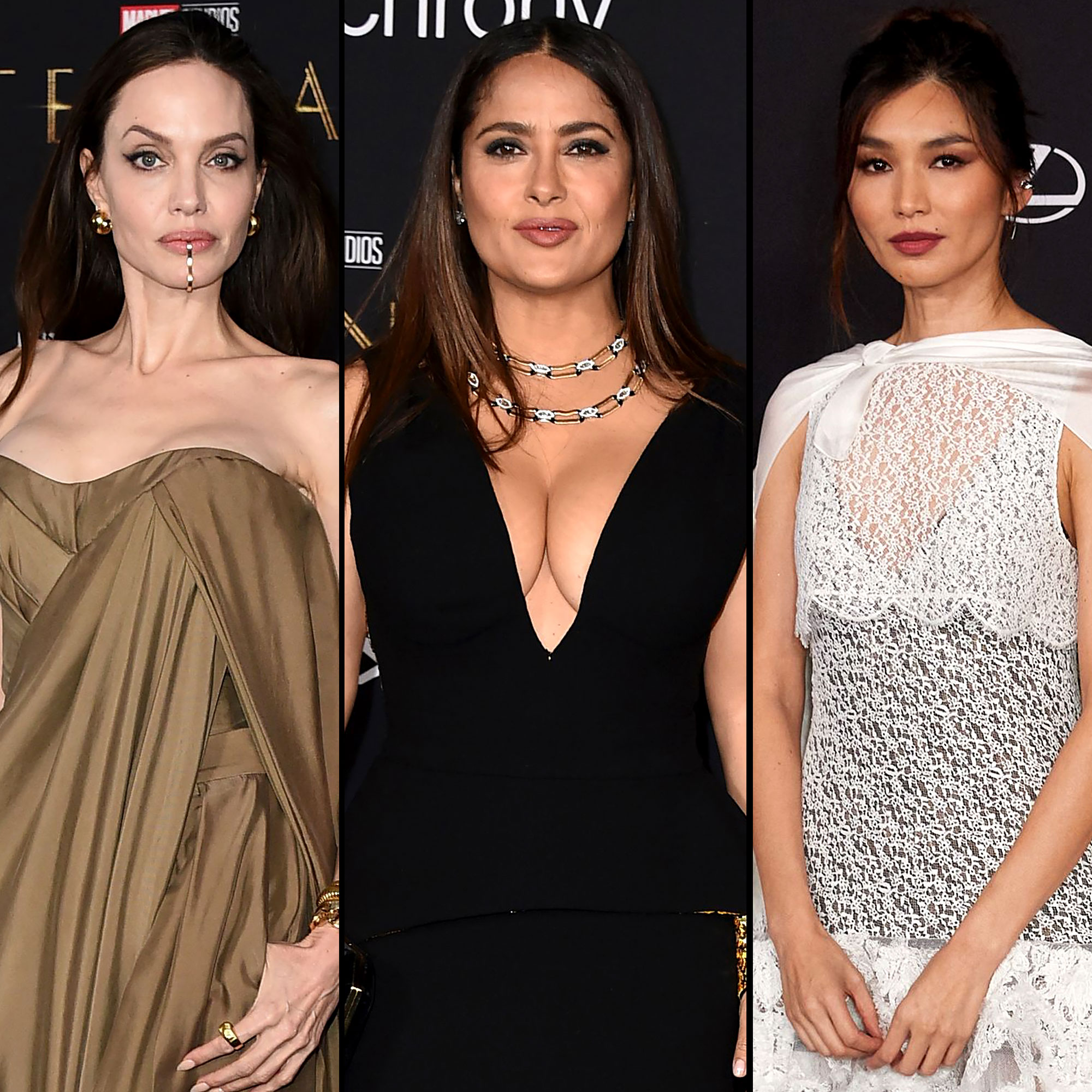 Angelina Jolie, Salma Hayek and more stars of Eternals were forced to skip Elle’s Women in Hollywood event the day after the premiere of the upcoming Marvel film due to possible COVID-19 exposure.

“Earlier today we were made aware of a possible exposure to COVID-19, and while all of our talent have tested negative, out of an abundance of caution, we are pivoting to virtual appearances rather than in-person events,” a spokesperson for Disney told Variety on Tuesday, October 19.

According to the outlet, Elle editor-in-chief Nina Garcia revealed during Tuesday’s event that Jolie, 46, Hayek, 55, Gemma Chan, Lauren Ridloff and director Chloé Zhao were not in attendance as they were “just exposed, so to keep everyone safe those superheroes are now in super isolation.”

The group of women were still honored at Elle’s event, with Eva Longoria reading the Maleficent star’s acceptance speech.

“I am thinking tonight of all of the women who are bringing us through the pandemic,” Jolie wrote. “The scientists, the doctors and nurses, so many others who are showing us what strength and sacrifice are and whose contribution transcends borders. One of the best things about being part of Eternals was working with such a global cast. Women who were born in countries where the struggle for equality and rights is even more challenging than it is here. Women who know that what makes them different is what makes them beautiful and gives them even more to contribute.”

While Demi Moore accepted Hayek’s honor on her behalf, Chan, 28, appeared virtually to give her own speech.

“I’m so sorry that I can’t be with you this evening, but I am so proud to be honored alongside such incredible women: Angelina, Salma and Lauren,” she said. “All of you I admire greatly, not just for everything they’ve achieved in their careers, but for everything they stand for in life and their advocacy.”

While it’s unclear when exactly the Eternals cast was exposed to the coronavirus, they all walked the red carpet at the premiere of the film on Monday, October 18, in Los Angeles. Jolie, for her part, brought five of her kids — Maddox, 20, Zahara, 16, Shiloh, 15, and twins Knox and Vivienne, 13 — with 17-year-old Pax the only one sitting out the evening.

Stars Who’ve Spoken Out About Getting the COVID-19 Vaccine

“I think they just find me funny. … I think someone said the other day, ‘Isn’t it amazing you can like fly a plane and do all the stuff at the U.N. and you can be in a Marvel movie, but you can’t make eggs?’” Jolie told Extra on the carpet of her kids’ thoughts on her role as a superhero.

“I think we walked into it thinking it was going to feel so strange, or weird this was a group of superheroes. In fact, in felt like, ‘Of course it is — and why has it not been like this all along?” she said. “Old, young, every different background … in this film, and hopefully it grows in diversity in different characters across the Marvel universe and in other representation, it just felt right and it felt really good.”

After the premiere screening, reports surfaced that Harry Styles makes a surprise cameo in Eternals, which hits theaters November 5.