‘Tis the season! Eva Longoria marks Christmas early each year by sticking to a tradition inspired by her family’s roots.

“I’m Mexican, so we celebrate on [Christmas Eve],” the actress, 46, exclusively told Us Weekly on Friday, December 10, while promoting Let’s Get Merried, which she executive-produced. “We don’t really do the Christmas morning, like, wait for Santa or, like, somehow Santa came at 2:00 p.m. and here are all the presents.”

Longoria noted that she and her loved ones make the most of Christmas Eve. “We do the huge meal and presents and all of that the night of the 24th,” she explained. “And then we usually go to mass at midnight. And that’s tradition.” 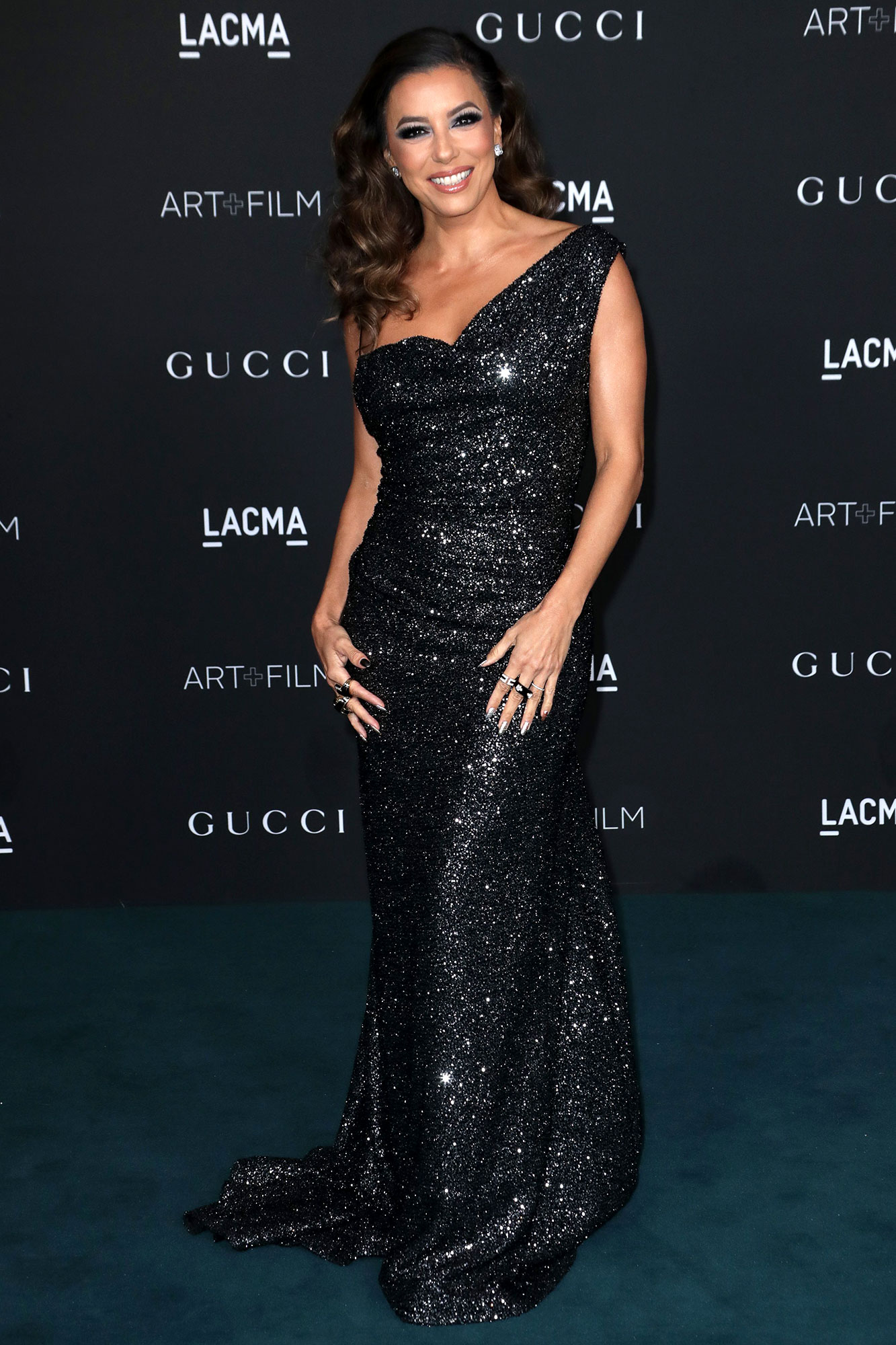 Let’s Get Merried director Veronica Rodriguez shared that her family has a similar celebration. “[Before Christmas] is a big night and then midnight mass,” she told Us on Friday. “I know Eva’s family does tamales as well, and we always have Grandma Olga’s tamales.”

So Festive! Stars Show Off Their 2021 Holiday Decor

Longoria quipped that the distribution of leftovers can turn into quite the dramatic moment. “[It’s in] the Ralph’s plastic bag, and if you divvy it up — if Tia Edna got something more than Tia Elsa — it’s a war,” she joked. “So you gotta count out the tamales. It’s a big deal.”

As the Desperate Housewives alum prepares to ring in the holiday season with husband José Bastón, son Santiago, 3, and the rest of their relatives, she will first debut the VH1 holiday movie Let’s Get Merried. The film centers around a bachelorette weekend at a Christmas-themed adventure park that takes a turn when a woman who hates the holidays decides to marry a man that day who she has yet to meet. 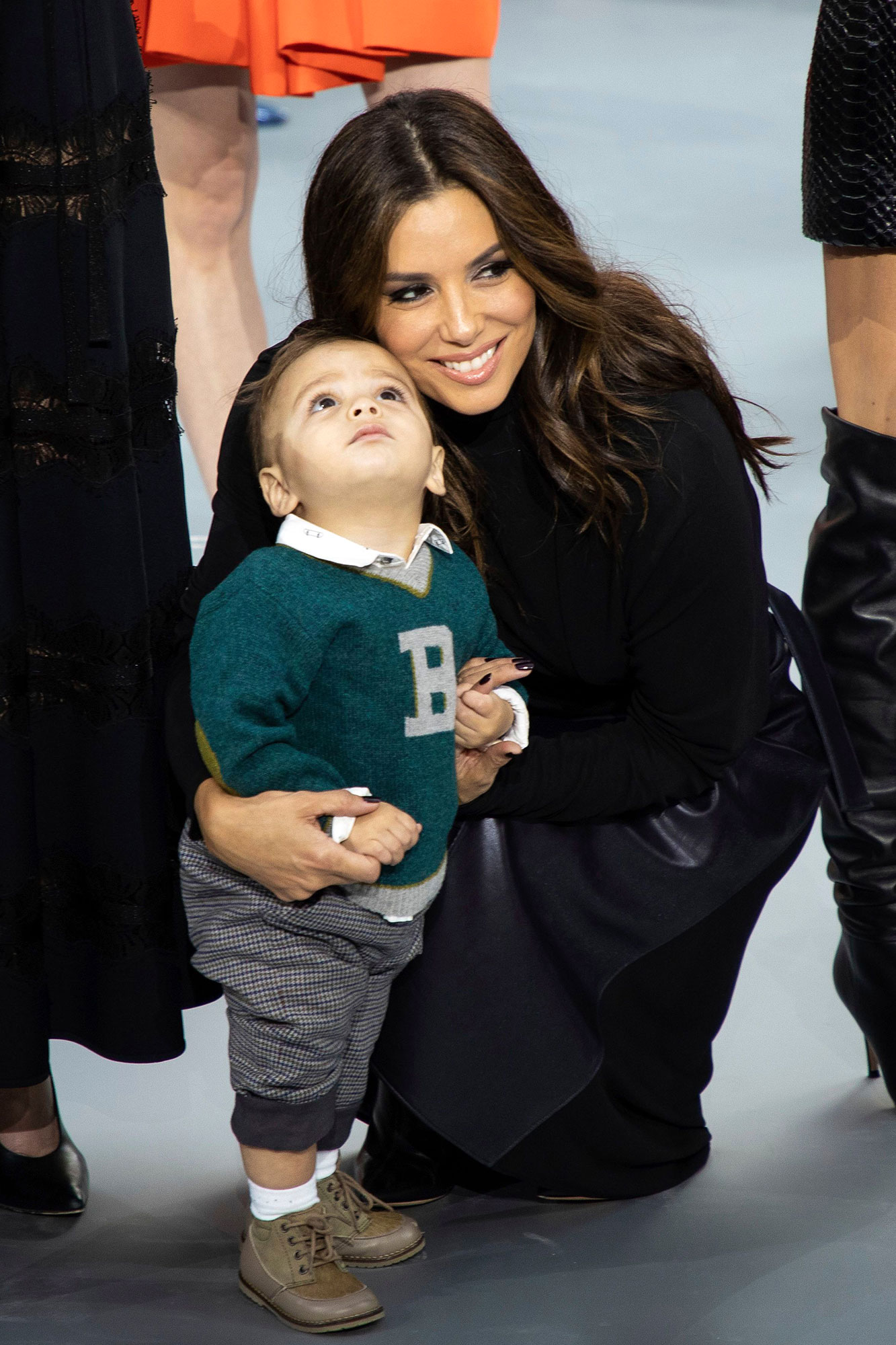 “I have been part of VH1’s huge diversity initiative to get diverse storytellers behind the camera because if you get ’em behind the camera, then it translates to in front of the camera,” Longoria told Us. “So I was really excited. I read this script, and I immediately knew of Veronica’s work and her talent and her comedic chops, and I was like, ‘Oh, my gosh, I’ve gotta send it to her.’ And once I did, she came back with this vision for the movie … which is super funny, very elevated comedy. It’s raunchy and funny and heartwarming and [there are] a lot of lessons in it, but it’s still fun.”

Your Guide to Every Holiday Movie on TV This Season

Rodriguez, for her part, valued the experience of collaborating with Longoria. “I feel so blessed and proud that this is my first feature because it’s so special as a director to be able to work on a script where you’re like, ‘Oh, dang, I could have written that.’ Like, you connect with it that much,” she detailed. “And then to be able to do it with Eva, who is so pro-diversity and pro-women and pro all the best things ever, it was so awesome because the reality is, sometimes you don’t get that. And so, to get that just feels like magic.”

The Grand Hotel alum pointed out that while Rodriguez has “been directing for a very long time,” now no one can say she has never helmed a feature film: “That’s, to me, very exciting [and] is, like, the next step in her career that she gets to take because this one’s already under her belt.”

With reporting by Christina Garibaldi

12/12/2021 Lifestyle Comments Off on Eva Longoria: Why My Family Doesn’t Celebrate on Christmas Morning
Recent Posts