Faryal Makhdoom believes stay-at-home mums should be paid by the government for looking after their children and running the household.

Amir Khan’s wife appeared on Good Morning Britain alongside former Sugababe star Amelle Berrabah, 35, to debate the topic, after one mum sparked an online debate by claiming she deserved a monthly wage.

Faryal, 27, who is a mother-of-two argued that it was only fair that the government should pay stay-at-home mothers, and insisted they should be on bigger salaries than lawyers or surgeons.

But viewers were not impressed by her idea, and said that Faryal needs a ‘reality check’. 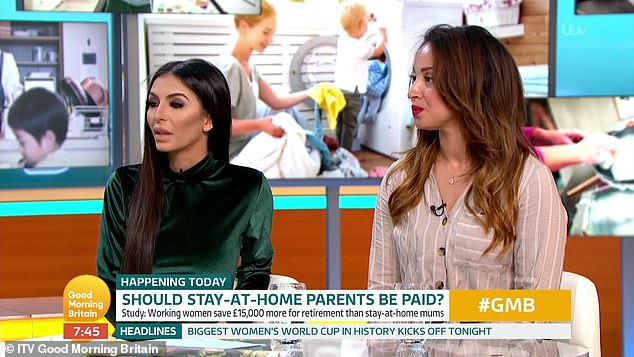 Viewers said that Faryal needed a ‘reality check’ and agreed with Amelle that it’s a ‘choice’ to have a family, and not something you should automatically get paid for

One wrote: ‘Getting paid to do the housework and look after her kids? Poor little lamb, must be hard to keep a mansion clean.

‘Get a cleaner, you’ve got millions between you. Don’t have kids if you don’t want to raise them.’

Explaining her point of view on the programme, Faryal said that stay-at-home parents are saving the government money, because the government doesn’t have to subsidise their childcare costs.

She continued: ‘We’re not just looking after our children, it’s the whole house. Laundry, cooking, cleaning.

‘When you put it all together, we should get paid more than a surgeon or a lawyer. It’s a 24/7 job without a break.’

‘You don’t get appreciated. If someone gave you a bit money. You go into depression if you’re constantly home looking after your children doing nothing but the chores.’

Faryal then went on to claim that being a stay-at-home was equal to being a CEO.

‘You’re the CEO of the house, you should get what you deserve, a bit of money to go out and enjoy yourself, have time for yourself.

‘We’re saving so much costs. A mother would do it better than anyone else would.’ 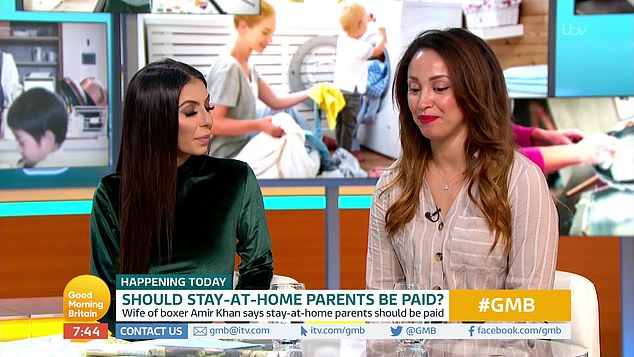 Despite her staunch support for the government to pay mums like her, she did admit that she was lucky enough to get help.

‘I’m lucky I can get a cleaner and a cook, but some of my friends can’t afford a cleaner or childcare.’

Amelle, who has a one-year-old daughter, argued against Faryal’s claims by stating that bringing up children shouldn’t be a paid job.

‘If you choose to have children you should bring them up with love. It’s not a job. It takes away the personal love that you have for your child,’ she said. 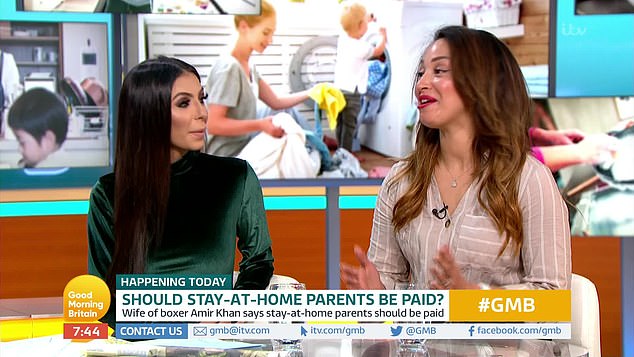 ‘I couldn’t put a price on bringing up kids and looking after my husband.

‘[I don’t like] feeling like an employee of your household. If your partner is working, that’s your money too.

‘In this day and age, everything is about money. I don’t feel comfortable with bringing it into this realm.’ 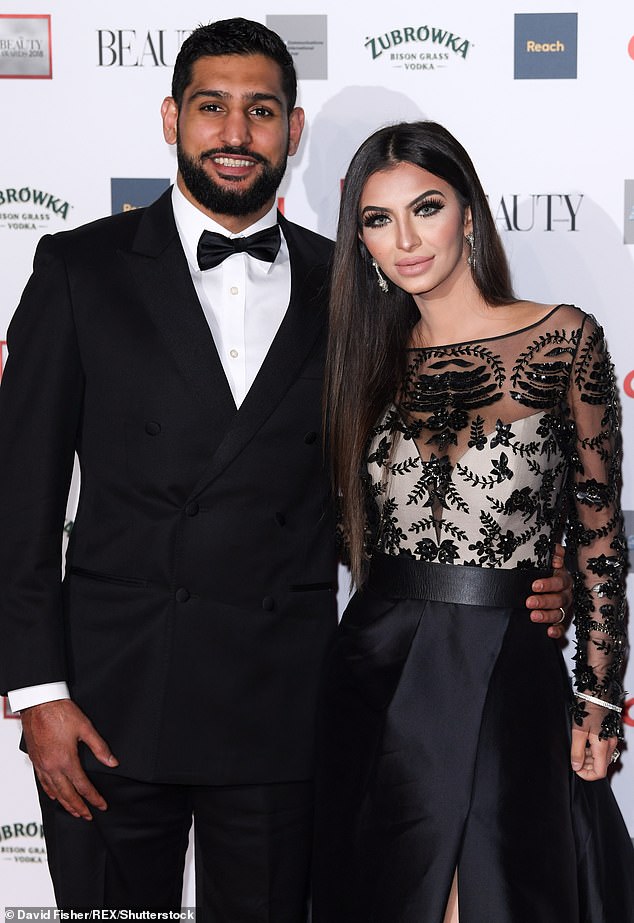 Faryal shares two children with British boxer Amir. During the debate, she admitted that she’s lucky enough to have a cook and a cleaner

To show how ridiculous the idea was, Amelle asked Faryal and GMB hosts Ben Shephard and Kate Garraway, if they would expect to be paid by the government for looking after their pets.

As the debate aired on screen, angry viewers took to social media to vent their opinions about Faryal’s comments.

One annoyed viewers wrote on Twitter: ‘Amir Khan’s wife has a cleaner and cook, but moans she wants paying to be the CEO of her house.

‘Amir earns enough to pay you love… I don’t want to!!! My taxes should not fund people to stay home and raise their kids. Maybe instead childcare prices should be reduce?’

Another wrote: ‘Why do you see it as a job? This is so frustrating. If you don’t have time for your children, don’t have them. Only the children suffer when they’re in childcare from 7am til 6pm. Then get ruined by guilty feeling parents at the weekend.’

A third viewer wrote that they pay enough taxes as it is, and don’t want to have to pay more to fund mothers or fathers staying at home to raise their children.

06/07/2019 Lifestyle Comments Off on Faryal Makhdoom: Stay-at-home mums should be PAID by the government
Recent Posts