Google says it will stop making its search function available in Australia if the Parliament passes the Morrison government's proposed laws to force it and Facebook to pay news businesses for their journalism.

"If this version of the code were to become law, it would give us no real choice but to stop making Google Search available in Australia," Ms Silva told the inquiry. 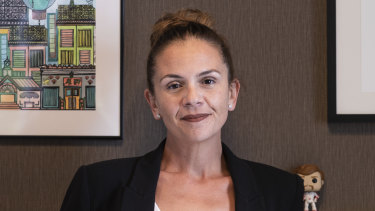 It is the first time the digital giant has made the threat to disable its primary search function to all Australians in its response to the proposed laws.

Ms Silva described the ultimatum as a "worst case scenario", adding: "It's not a threat. It's a reality".

"We have had to conclude after looking at the legislation in detail we do not see a way, with the financial and operational risks, that we could continue to offer a service in Australia," she said.

Ms Silva reiterated Google's long-running argument that the code would "break" Google's business model by forcing it to pay news outlets to provide links to their news content – a move the trillion-dollar company claims undermines the concept of a free and open internet.

"This provision in the code would set an untenable precedent for our businesses and the digital economy. It's not compatible with how search engines work or how the internet works," Ms Silva said.

Treasurer Josh Frydenberg introduced the bill to legislate the code during the final sitting week of Parliament last year, with a vote expected early this year after the committee delivers its report on February 12. It comes amid a push by global governments to rein in the power of digital monopolies.

The code sets out a framework to force digital platforms to pay media companies for news content, and follows a 12-month review into Google and Facebook by the competition watchdog.

It requires Google and Facebook to enter mandatory arbitration with media companies if they cannot reach agreement over the value of their content within three months.

It also requires the platforms to give the news businesses 14 days' notice of algorithm changes, and non-discrimination provisions have been put in place to stop the tech giants taking retaliatory action such as removing content or punishing organisations that participate in the code.