Halsey says they were treated ‘like a teen mom’ over pregnancy

Halsey no longer doing interviews after pronouns were ‘disrespected’

Halsey revealed on Twitter that they didn’t attend the 2021 Met Gala because they only just recently gave birth.

“I’m still breastfeeding <3 I only had my baby 7 weeks ago. There’s nothing more ‘American fashion’ than moms having to go back to work after just giving birth lol,” the “Darling” singer joked of this year’s theme in response to a fan who was upset they didn’t attend.

“I wouldn’t have had a way to pump my breasts which would have been insanely painful,” they continued. “I understand I’m incredibly privileged to afford time off but the demands are still prevalent and the biology does not excuse me.”

The “I Am Not a Woman, I’m a God” performer, who uses “she/they” pronouns, welcomed baby Ender with boyfriend Alev Aydin in July.

Despite breastfeeding, 26-year-old Halsey attended a public event at the end of August, their first since giving birth — a point that fans made clear to Halsey.

“Being out for 3 hours vs 9!!! I’m sorry I don’t know why I have to explain this,” they responded Monday. 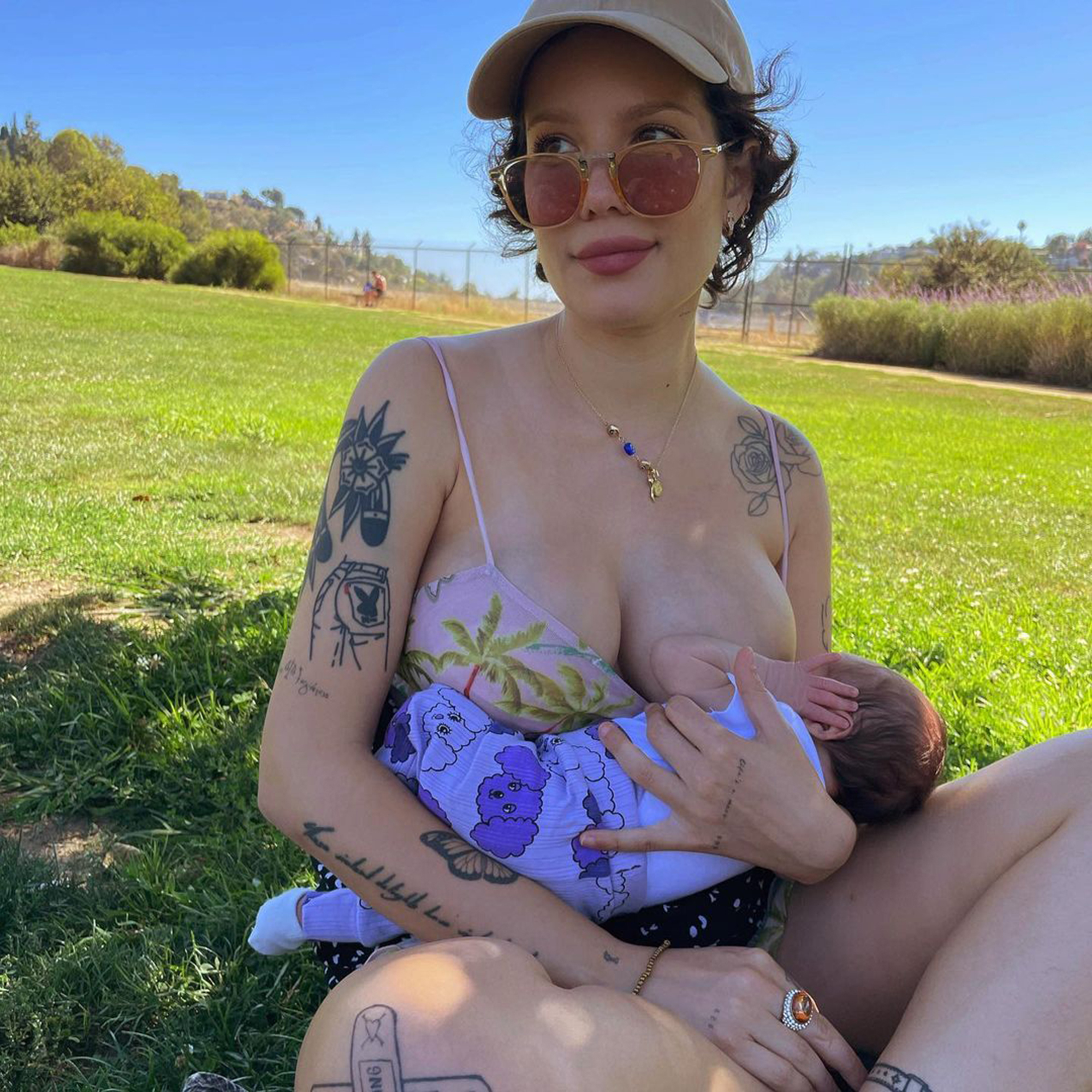 The “You Should Be Sad” singer has been candid about postpartum life, showing off photos on Instagram of their stretch marks and breastfeeding breaks. They once again got real with their Twitter followers by closing out their Met Gala absence explanation with brutal details of postpartum life.

“Idk I got leaky hurty boobs, a bloody swollen uterus, and a human being that depends on me as a life force,” they tweeted. “I recognize my privilege every single day and the time it affords me with my baby. but like it or not my body is gonna do what it wants. I’m doing my best to juggle it all!”