While former NASA architect Stella (Gemma Arterton) has opted for an earthbound life with her eco-warrior boyfriend (Fehinti Balogun), her botanist sister Cassie (Lydia Wilson) has just returned from a year-long mission to create a sustainable habitat on the moon – the gig that Stella really, really wanted but was thwarted when she failed a crucial physical test. 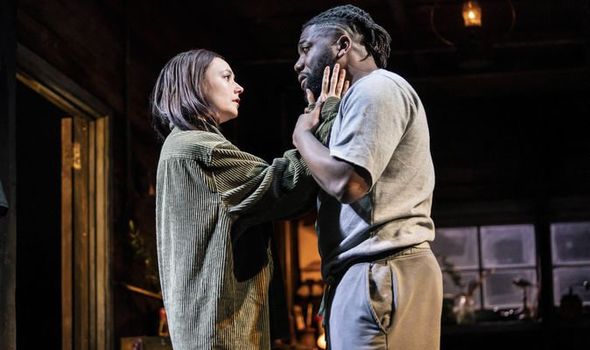 This is the fundamental thrust of American writer Amy Berryman’s debut play. Set in the not too distant future, it speculates that the Earth has undergone more man-made catastrophes than it can handle and that scientists are exploring the possibility of setting up habitats on other planets.

The Big Argument is where best to direct the trillions of dollars involved – to restore the resources of the arid Earth or to save humanity by starting again on another planet.

Nicely played by all three, Walden doesn’t have quite enough dramatic fuel to reach the stars at which it aims.

The revelations about the twins’ past and the hero worship of their astronaut father are commonplace compared with their disagreement about how to survive the coming apocalypse.