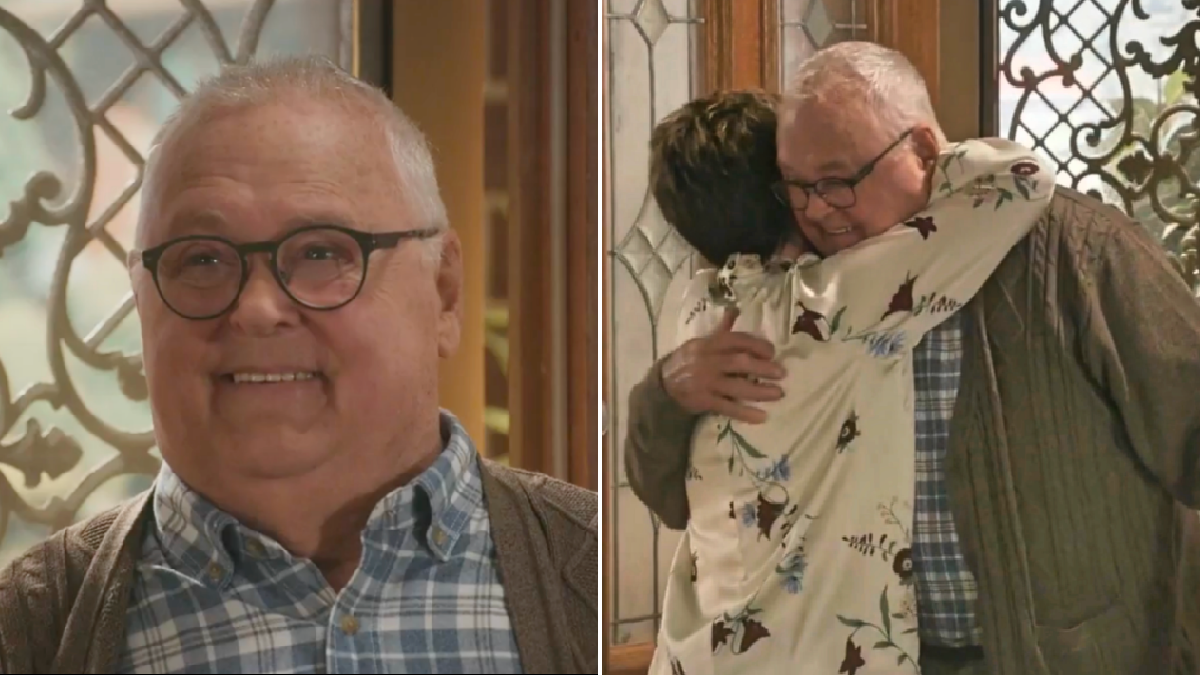 Harold Bishop (Ian Smith) has returned to Neighbours one final time ahead of the show’s finale, and we’re not crying we swear.

The soap stalwart, as viewers know, is one of several Erinsborough icons set to stage a comeback before the final ever episode of the Aussie serial drama which is due to conclude on July 29 after 37 years on air.

‘Only me!’, he bellowed, all smiles, and honestly, our hearts couldn’t be any fuller.

Susan was essentially all of us, overcome with emotion at her old mate’s impromptu appearance, as she threw her arms around him, giving him the biggest hug.

Karl was similarly taken aback, and he and Susan insisted that Harold stay at their residence while he’s in Ramsay Street.

It wasn’t just Karl and Susan that were thrilled by his return, however, as Amy Greenwood (Jacinta Stapleton) was also delighted to see Harold, as was Jane Harris (Annie Jones), not to mention close friend Toadie (Ryan Moloney)!

Back where he belongs, Harold will now remain a fixture of the show until the grand finale, and it doesn’t take him long to get embroiled in all the usual drama that comes with residing in Ramsay Street!

He comes to the aid of Mackenzie Hargreaves (Georgie Stone), who is struggling in the wake of husband Hendrix Greyson’s (Ben Turland) sad death.

Harold identifies with Mackenzie’s distress, and opens up to her about his own journey through grief. With his counsel proving effective, Mackenzie starts to feel strong for the first time in a long time.

Mackenzie, however, isn’t the only regular in need of advice from Harold, as Zara Zelwyn (Freya Van Dyke) laments about Toadie and Melanie Pearson’s (Lucinda Cohen) engagement and the unfairness of it all.

Her words seem to have an effect, as Harold doesn’t appear to be all that thrilled about the development either!

Sounds like Harold’s final stint in Neighbours is going to be a dramatic one, and quite frankly, we wouldn’t want it any other way!

Neighbours continues Thursday July 7 at 1:45pm and 6pm on Channel 5.