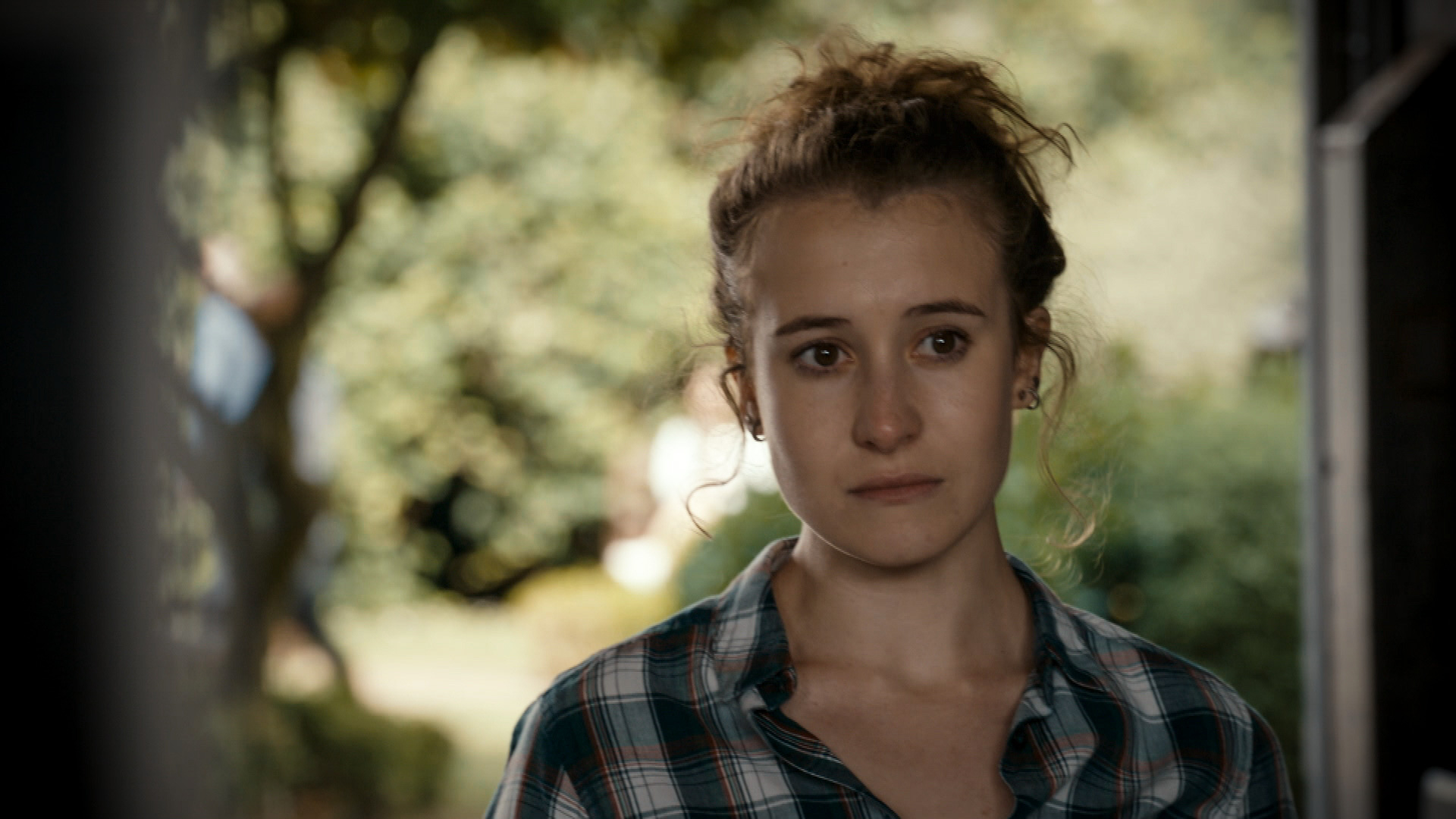 Holby City’s Phoebe French has confirmed her final scenes as Evie Fletcher have aired ahead of the show’s final ever episode.

Phoebe French took over the role as Evie in 2020 and tweeted about her time on the show.

‘Farewell Evie. Thanks to @BBCHolbyCity for having me. Grateful for bringing this important, sensitive storyline to life giving it the attention it needs. And to have lived within the Holby world with such wonderful people!’.

Mental health nurse Lucky (Vineeta Rishi) was able to figure out Jeni was a sex ring leader, but her attempts at telling Fletch were thwarted when Jeni attacked her.

With Lucky in a coma, Evie eventually revealed all, telling her dad the horrific ordeal she had faced.

Since discovering the secret, Fletch has struggled to rebuild the relationship with his daughter, which has been heart breaking to watch as viewers know these two have always been so close.

Tuesday night (16 November), paralysed Lucky successfully got Evie and Fletch to open up and reconnect and they left Keller Ward with smiles on their faces.

Speaking exclusively to Metro.co.uk, Phoebe French gave us some behind the scenes gossip and what it’s been like to work on the medical drama:

How was it filming your final scenes as Evie?

You know what, my final day of filming was a very short one, my last scene to film was with Alex and Vineeta and as Alex said, it was nice for me because it meant less pressure and I could just enjoy my final day. I was surrounded by lovely people and the storyline for my character was just finishing and therefore it felt just right that my time had come to an end.

Have you enjoyed your time on the show?

Absolutely. It’s been surreal. I never thought I’d come back and be on it for 6 months. I’ve learnt a lot both crew side and cast side. Right up to the end I was still learning about focus pulling and names of frames and shots. The amount of work that goes into just seconds of tv is an enormous amount. So yes! I’ve just enjoyed getting to know the industry more and love what I do.

What was it like joining the cast and taking over the role as Evie?

Joining the cast, well they couldn’t have been more welcoming. And same with the directors and crew, you get to meet a new director every two episodes, so you’re constantly meeting and learning from new people. Every time I met a new cast member, the nerves would just leave because I realised how lovely everybody was.

Have you enjoyed working with Alex and being a part of the ‘Fletchlings’?

Yes. He has been amazing. From the day he introduced himself we just became mates straight away. We’re from the same area so we just had an understanding of each other from the word go, it just worked. He’s taught me a lot, especially how to laugh at myself when I did something wrong, it made everything on set so much easier and helped me with my confidence.

Evie’s sexual abuse storyline was so powerful – how did you feel when first learning you would be a part of this story?

I felt like a had a responsibility to get it right. I remember thinking I didn’t want Evie to come across as just a young, careless teenager. She had a lot of feelings and depth to her.

What was it like filming the scenes where Evie told Fletch? Was it challenging?

It was raining that day, and we were actually meant to film it outside, but the rain turned up and so it became a scene in the corridor on the floor instead, and I think it worked a whole lot better. It was a much safer and more comforting space for Evie to come out with everything.

It was challenging because you’re getting yourself to a place you’d usually find yourself in away from everybody else, but there’s a whole crew ready to watch. Everybody was extremely respectful and quiet the whole time we shot it. Again, I have Alex to thank. He gave me the space and would check in on me every time we cut.

Do you have a favourite moment from your time in the show?

There are so many. Debra doing her impressions would always be a laugh. Actually a lovely moment was when my sister was on set with me watching what I do. She got her big moment on camera (somebody in my family bubble had to come in for close up shot where my eye is being stitched). She had to wear about 3 pairs of gloves to make her fingers look fatter! – And it gets so warm on set with all the lights! Haha!

I would like to say thank you. I know it can seem odd watching somebody else take over the role, but honestly people have been so kind. I realise the storyline hasn’t exactly been a comfortable one to watch, but I appreciate people sticking with it and learning how easy it can be for people like Evie or younger to be manipulated and trapped into such awful, scary circumstances.

And to please keep watching until the very end.

11/18/2021 Lifestyle Comments Off on Holby City star speaks out as Evie exits: 'Keep watching the show until the end'
Recent Posts