On this week’s episode of Us Weekly’s “Hot Hollywood” podcast, the hosts reveal the winner of Red Robin’s “Spiciest Story of the Week” —and the title goes to Jennifer Aniston, who is back on the dating scene after years of being out of the game.

Aniston is ready to start dating again, and she has a clear idea of what she’s looking for, a source reveals to Us.

“After things with Justin [Theroux] ended, Jen decided to take a break from dating and enjoy her own company for a while,” the insider says of the Dumplin actress, 52. “She threw herself into her work, hung with friends on the weekends and got in touch with her spiritual side. It was important for her to take a step back and feel grounded … She found it rewarding and therapeutic.” 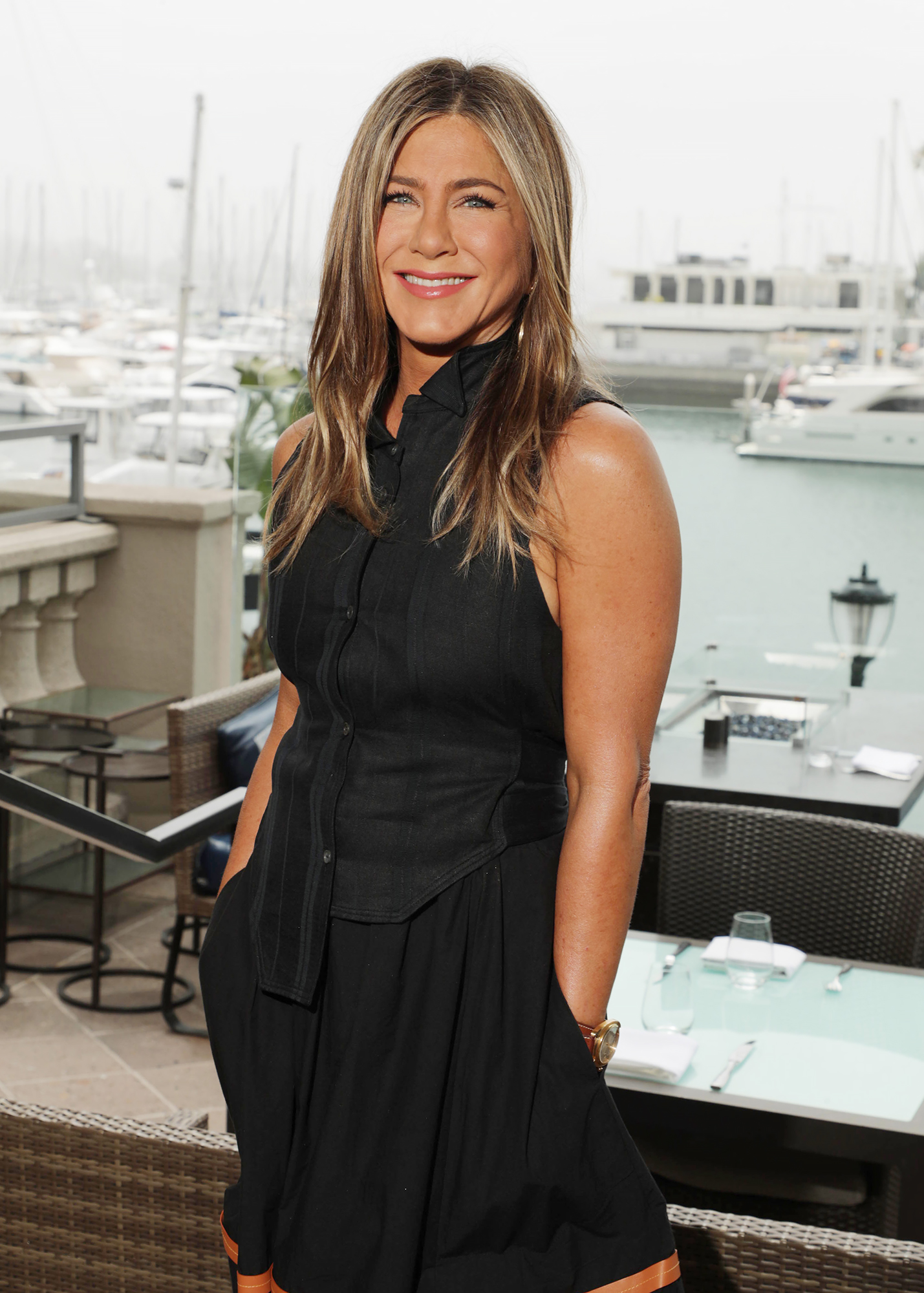 Next, the hosts discuss the role Blake Shelton is playing in Kelly Clarkson’s divorce. A source tells Us, “Kelly and Blake have remained good friends amid her divorce from Brandon Blackstock “Blake and Kelly are extremely close,” the insider says despite Blackstock’s former role as Shelton’s longtime manager. “Their friendship and bond goes beyond the business.”

The American Idol winner, 39, met her soon-to-be ex-husband, 44, at the Academy of Country Music Awards in 2006 while he was still married to Melissa Ashworth. At the time, Clarkson was being managed by Brandon’s father, Narvel Blackstock, though they stopped working together after the couple wed in 2013.

Next Chapter! Kelly Clarkson Is Ready for Love Again After Messy Divorce

Shelton, for his part, was one of Brandon’s clients in addition to being Clarkson’s friend. The “God’s Country” singer, 45, even encouraged the entertainment manager to propose to the talk show host.

Us also investigates the relationship between Meghan Markle and Kate Middleton and what’s bringing them closer together.

For this and much more listen now!