Is he the problem? Talan Torriero reacted to Lauren Conrad and Kristin Cavallari‘s confessions that they were both secretly hooking up with him during the first season of Laguna Beach.

The former reality star, 36, took to TikTok on Tuesday, November 8, to share a video of him lip-synching Taylor Swift’s song “Anti-Hero.”

“It’s me, hi, I’m the problem, it’s me,” Torriero sang alongside a photo of Cavallari, 35, Conrad, 36, and their mutual ex-boyfriend, Stephen Colletti. In a second clip, the California native is shaking his head in response to audio of the L.A. Candy author breaking down her history with Torriero. 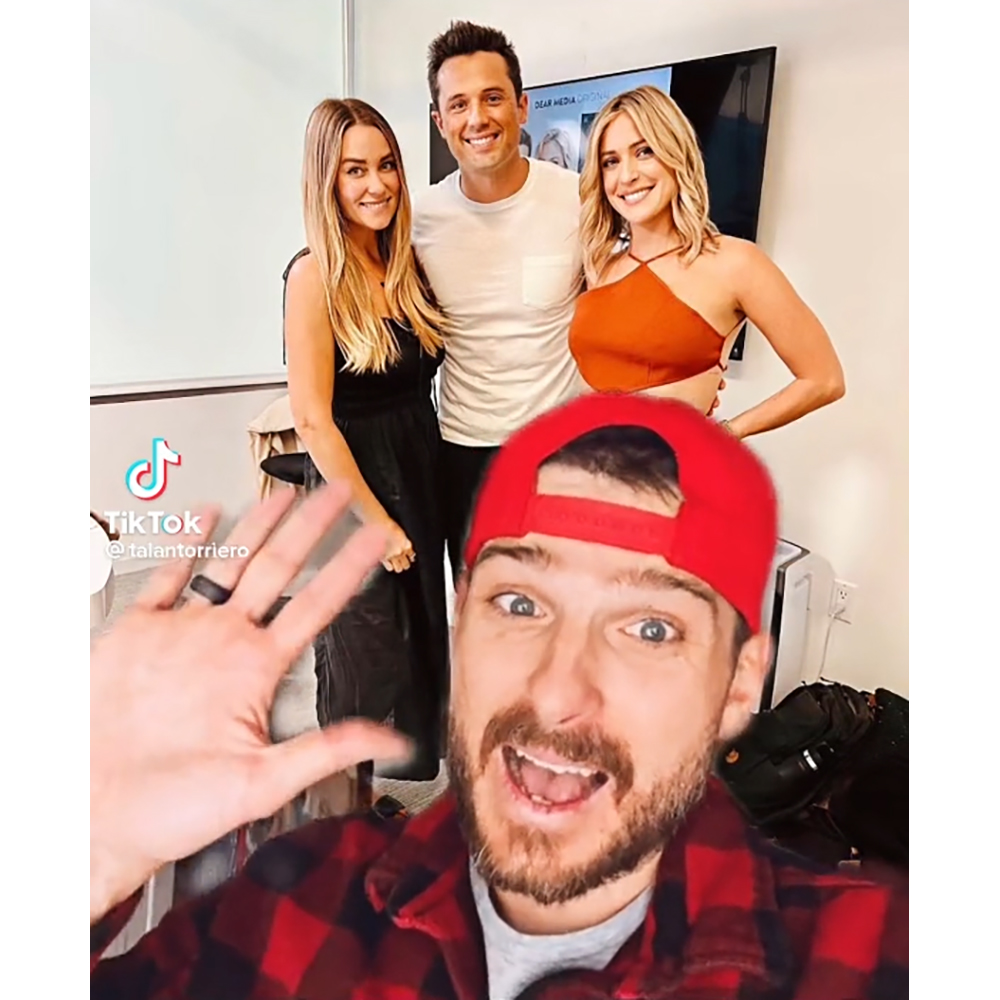 Conrad and Cavallari, who both rose to stardom after appearing in Laguna Beach and the Hills, made headlines when they reunited to discuss their time on the hit MTV shows. During the episode of the Uncommon James founder’s podcast with Colletti, 36, which dropped a new episode on Tuesday, the trio discussed what didn’t make the cut.

“The producers were all swaying us in different directions. I feel like Talan just took it upon himself to be that guy,” Cavallari explained about her past offscreen connection with Torriero. “And that’s what I love so much about it.”

Conrad, for her part, added, “He did. But I’ll say this. This is terrible. They were always like, everybody wants Stephen, but, like, they were never like, honestly, I was hooking up with Talan.”

Earlier this month, Torriero exclusively opened up to Us Weekly about his move away from the spotlight after Laguna Beach wrapped in 2006.

‘Laguna Beach’ Cast: Where Are They Now?

“[Fans] are gonna be pretty shocked to know I live in Nebraska,” the former MTV personality told Us on November 2. “Quite a change. I could never imagine myself being an 18-year-old kid filming a reality show on the beach in Orange County living in Nebraska, let alone even knowing where Nebraska was on a map. But I’m loving my life.”

Talan, who shares son Bronson, 5, and daughter Hudson, 23 months, with wife Danielle Torriero, gushed about choosing a “normal” life for himself, saying, “We’re building our dream house, which I’m super excited to show more people that. But yeah, life is good. Life is normal.”

Lauren Conrad’s Dating History: From ‘Laguna Beach’ and Beyond

The former actor noted that it was his decision to move away from California to Nebraska. “When [my wife and I] started dating, I think it was in her plan to live in California maybe, or maybe one day move back. But as we started thinking more about kids and our lifestyles, Nebraska just made more sense,” he continued.

For Talan, it has been exciting to see the influx of new viewers discovering Laguna Beach on Netflix. “That’s been kind of cool, just to reconnect,” he shared with Us, before revealing that that he has stayed in touch with Conrad and her ex Jason Wahler over the years. “Since the show’s aired, I still keep in contact with Jason Wahler. He and I have been in close contact about once a month. We talk on the phone just about boring dad stuff.”