A growing split in one of Australia's biggest unions will weaken its power to campaign for Labor and influence national policy, its former chief has warned in a grim assessment about the cost to workers.

Former CFMMEU national secretary Michael O'Connor said the gulf between the union's divisions had reached a point where they could no longer wield the collective muscle that had helped the labour movement for years. 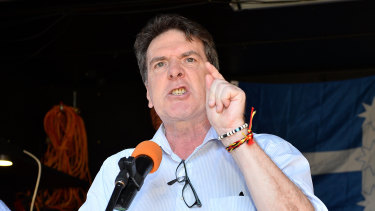 Michael O’Connor: “All I know is I gave it my best shot.”Credit:Bradley Kanaris

While the vast union's construction, maritime, mining and manufacturing divisions remain legally linked in a federated structure that dates back decades, they've resolved to pursue their own campaigns without a united agenda after key leaders sided with Victorian construction boss John Setka to oust Mr O’Connor.

The leadership struggle leaves Mr O'Connor in charge of the manufacturing division, with ambitions to work with similar unions to forge a national agenda on the recovery from recession.

"Each of the individual divisions will contribute what they can and some of them will be substantial contributors, I think, to the Labor Party's public policy positions," Mr O'Connor said.

"But … we won't be able to contribute at the same levels that we could when we were working collectively.

"And that's a real shame because when we were all working together, with campaigns during election time, we always had our members at the centre of our thoughts. We also understood our responsibility to the broader movement in the community."

Mr Setka, the powerful Victorian construction division secretary, went to war with Mr O'Connor last year in the belief the national secretary did not defend him against a push to drive him out of the Labor Party.

Labor leader Anthony Albanese, ACTU president Michele O'Neil and ACTU secretary Sally McManus all criticised Mr Setka, but he kept his power base in the Victorian division after quitting the ALP.

Mr O'Connor blasted the "totally dysfunctional" behaviour in the union in his resignation statement on November 5 but declined to comment on Mr Setka or the national executive. 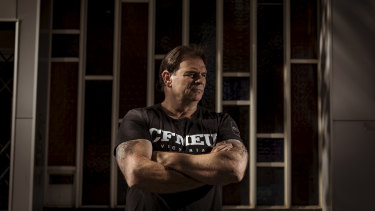 John Setka, the powerful Victorian construction division secretary, went to war with Mr O’Connor last year in the belief the national secretary did not defend him against a push to drive him out of the Labor Party.Credit:Chris Hopkins

In forestry, for instance, he said there were opportunities to export pulp to China.

"We can have a situation where we don't need to import as many manufactured products. We can do something about our trade deficit, we can provide really good-quality jobs in this country," he said. "And in particular, we can grow good-quality jobs in regional Australia, which is really fundamental for a lot of communities."

Calling for a collective effort from unions, employers and governments, he said the objective should be to consider how new investment, skills development and government assistance could help launch major projects to create jobs.

Mr O'Connor said this was urgent in regional Australia, where workers did not have the choices on offer in the cities.

"I know what it's like to stand in front of 60 workers where the only employer in town is going to shut.

"I know what it's like when you see wives and families crying and there's no alternative employment when the sawmill shuts.

"I can actually drive past towns now where there is nothing left – I mean literally no buildings left."

11/17/2020 Lifestyle Comments Off on ‘I gave it my best shot’: Union split set to weaken base at crucial time for Labor
Recent Posts
We and our partners use cookies on this site to improve our service, perform analytics, personalize advertising, measure advertising performance, and remember website preferences.Ok