We may never get an Idris Elba James Bond film, but Netflix is giving us the next best thing.

In British spy thriller The Take (or known as Bastille Day in most international markets), Elba stars as a CIA agent who runs through Paris in order to stop a group of French criminals. He gets an onscreen assistant from Game of Thrones Richard Madden. And as intriguing as it sounds, Netflix weekend streaming numbers prove just that. The film has cracked the streamer’s Top Ten list for movies in the U.S., to much fanfare and surprise, as its original opening wasn’t as monumental. In fact, the film earned just $50,269 in domestic theaters when it was released in 2016.

According to Forbes, the reason the thriller was a bust was beyond its own control. Largely because it was scheduled to open in the United Kingdom on February 19, 2016 but was delayed following terrorist attacks in Paris in November of 2015. The initial release was pushed back in the U.K., Ireland and Sweden on April 22, 2016, and then pushed back to July 13, 2016 in France. However, it was pulled from theaters days later following the 2016 Nice truck attack. 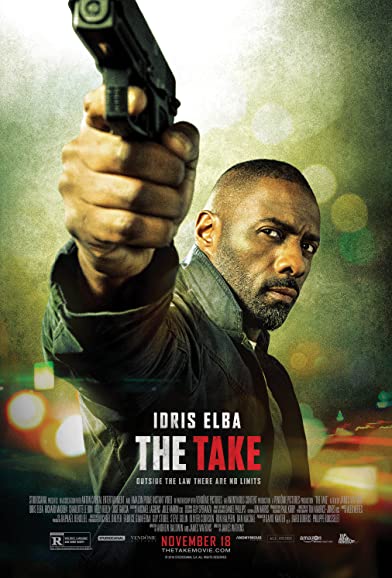 When it made its way to U.S. shores, it bombed too but the film made up for it otherwise. It went on to gross around $14 million worldwide, after costing $4 million to produce.

Sporting international intrigue, plenty of action, an excellent cast, and of course, Elba himself, this should definitely be on your Netflix “Must Watch” list.