Workplace reforms agreed to as part of Prime Minister Anthony Albanese’s touted jobs summit may be introduced this year as Treasurer Jim Chalmers said all ideas were on the table.

The summit will be held in Parliament House from September 1, with a raft of ministers taking charge of policy areas as the government aims to bring unions, employers and interest groups together to reach “common ground” on enterprise bargaining, gender equality, migration and other issues. 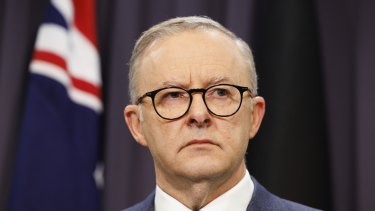 “We’ve deliberately chosen to put this jobs and skills summit on as soon as possible before the October budget that will be handed down, because there may be steps proposed and agreed at the summit which could be implemented quickly, without wanting to preempt that,” Chalmers said.

“We’ve chosen the timing deliberately … it is possible that if there is common ground and agreement found at the summit, if we can move quickly, we will.”

Chalmers said the summit was “about picking the brains of people from all around Australia … to make sure that we have all of the ideas on the table so that we can all succeed together.”

“The government changed hands at a time of high and rising inflation, falling real wages, and labour shortages, and all of the challenges that come with that, and so we owe it to the Australian people to try and find that common ground so that we can solve these challenges,” he said.

With Australia’s skill shortage looming close to 500,000 jobs, Albanese said temporary migration for short-term skill demands “will continue to play a role”. However, he said Australia needed to become an attractive destination for skilled workers to settle in a global labour market.

“We need to acknowledge that we need to make sure that we have better pathways as well to a permanent presence in Australia for people who can give us the skills that we need,” Albanese said.

The union movement and employer groups, such as the Australian Chamber of Commerce and Industry, agree the enterprise bargaining system is broken but disagree on what needs to be done to fix it.

Albanese said he was also concerned with how the system was working. “Where we can get co-operation, that’s a good thing,” he said.

07/11/2022 Lifestyle Comments Off on ‘If we can move quickly, we will’: Jobs summit reforms could happen this year
Recent Posts