Prince Harry and Meghan Markle delayed moving into their new home at Frogmore Cottage because of the extensive renovations that needed to be done. Now the extent of those renovations and the cost to the taxpayers has been revealed.

Ahead of baby Archie’s arrival, Prince Harry and Meghan Markle had a little home improvement project in progress and it sounds like most of the renovations are finished.

A Buckingham Palace source told PEOPLE, “It’s substantially completed” and has shared the many updates that the couple made to their five-bedroom home on the grounds of Windsor Castle.

Outside updates included “redecorating the exterior doors, windows and walls and upgrading some of the outbuildings — while also re-landscaping the garden and adding some extra garden lighting too,” PEOPLE reports.

Today The Duke and Duchess of Sussex are delighted to share their first public moment as a family. They are so incredibly grateful for the warm wishes and support they’ve received from everyone around the world, since welcoming their son two days ago. Photo cred: Chris Allerton ©️SussexRoyal

How much did Prince Harry and Markle’s Frogmore Cottage renovations cost?

The variety of renovations Frogmore Cottage required racked up a hefty price tag, with Buckingham Palace figures showing the updates cost the public around $3 million, paid by British taxpayers through the Queen’s annual Sovereign Grant.

There were some areas paid for by Prince Harry and Markle,however, basically “anything moveable” or in the cottage gardens. The sourcenoted, “All fixtures and fittings were paid for by their Royal Highnesses. Curtains,furnishings — all that would be paid separately, paid privately.”

Prince Harry and Markle also reportedly paid for renovations that would be deemed too expensive for the public, including an upgraded kitchen, bathroom, wardrobes, and flooring.

The source shared: “If a member of the royal family says,‘We want a better kitchen than you’re prepared to provide with public money,’then that would fall to them privately and they would have to meet the cost. Ifthey want that higher specification, they have to pay the extra.” 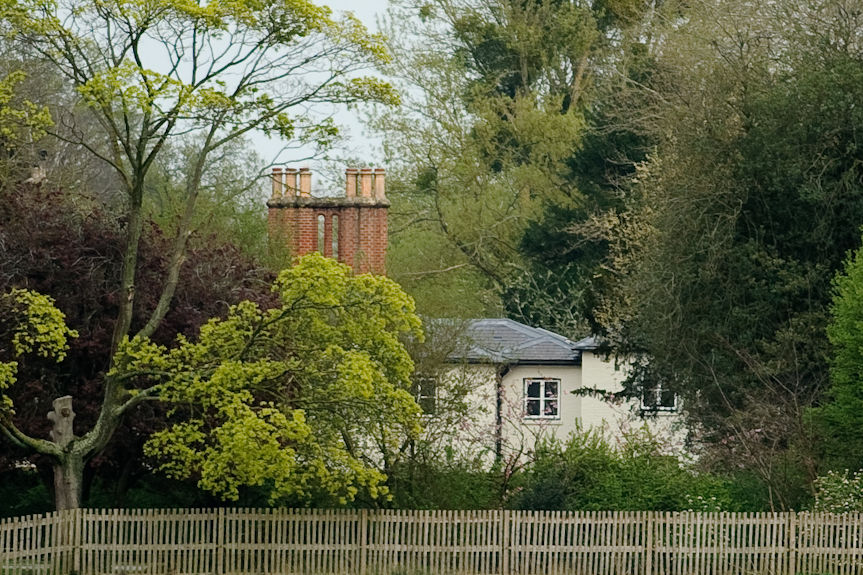 Royal fans have been eager to get a glimpse inside of Frogmore Cottage, which they will finally have access to in the upcoming British Vogue, with a photoshoot scheduled inside the Sussexes’ home.

This will provide the public with a peek at what Prince Harry and Markle had done to their home before moving in.

The insider revealed some of the changes required for the older home, including structural updates, noting, “A very large proportion of the ceiling beams and floor joists were defective and had to be replaced.”

The source continued, “The heating systems were outdated and inefficient and were not to the environmental standards that we would expect today. The electrical system also needed to be substantially replaced and rewired, even extending to the establishment of a separate upgraded electrical substation, which was in addition to the main works on the property.”

Further, the insider shared, “new gas and water mains had tobe introduced to the property, replacing the five separate links that werethere for the property before and were in a bad state of repair. Overall, theworks were conducted over a period of around six months.”

The $3 million construction costs did not, the report notes, include the rumored yoga studio with a “floating” floor. The work was “largely funded by an annual $63 million Sovereign Grant given to the Queen by the U.K. Government to maintain the royal palaces on behalf of the nation,” PEOPLE reports.

Frogmore was ‘earmarked for renovation’

Sir Michael Stevens, Keeper of the Privy Purse, told reporters at Buckingham Palace on Monday: “The property had not been the subject of work for some years and had already been earmarked for renovation in line with our responsibility to maintain the condition of the occupied Royal Palaces Estate.”

Further, the Daily Mail reports that Sir Michael noted: “The sovereign grant covered the work undertaken to turn the building into the official residence and home of the Duke and Duchess of Sussex and their new family. The building was returned to a single residence and outdated infrastructure was replaced to guarantee the long-term future of the property.

06/25/2019 Lifestyle Comments Off on Inside Frogmore Cottage's Renovations: What Did Prince Harry and Meghan Markle Update in Their New Home and How Much Did It Cost?
Recent Posts