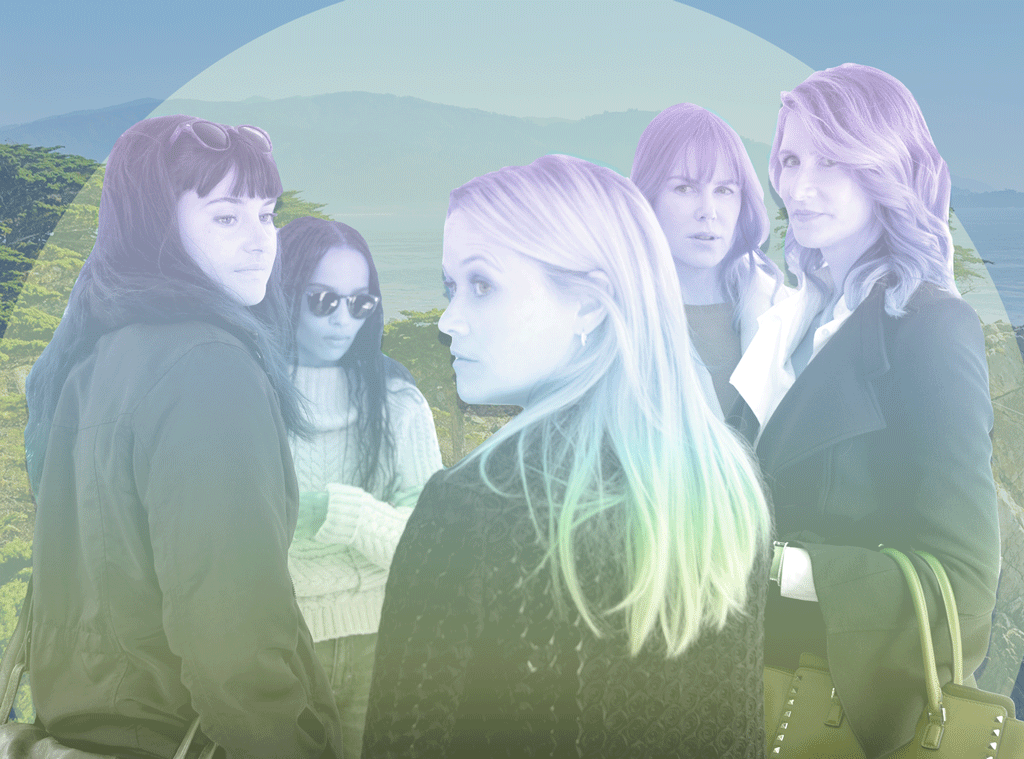 They just couldn’t stay away.

After a two-year break, HBO is returning to Monterey, Calif. on Sunday, June 9, for the highly anticipated second season of Big Little Lies, with Reese Witherspoon, Nicole Kidman, Shailene Woodley, Laura Dern and Zoë Kravitz all back in action as the Monterey Five.

While originally intended to be a limited series, BLL is back for another season of shared secrets, mystery and mommy-sharing after it attracted huge ratings (8.5 million per episode) and major awards, including eight Emmy wins and four Golden Globe statues.

But really, what seemed to bring the stars back wasn’t the success of season one; it was the unbreakable bond and true sisterhood they formed during filming. Is it any wonder Meryl Streep wanted in on the fun for the second season?

Even before it was announced in 2014, Big Little Lies seemed destined to happen if you look back at the five women’s share histories, weaving a fun game of six degrees of separation.

Nicole, 51, and Reese, 43, both Oscar winners, actually met as teenagers in Hollywood, though they had never worked together before partnering as producers and co-stars on BLL.

Reese met Laura, 52, on the set of Wild, the 2014 Oscar nominated film in which they played a mother-daughter duo. An immediate friendship formed, with Reese later writing on Instagram, “My life changed forever when I met @lauradern on the set of WILD. Every day she makes my life better with her brilliant work and her genuine friendship. Plus she makes me laugh… a lot!” 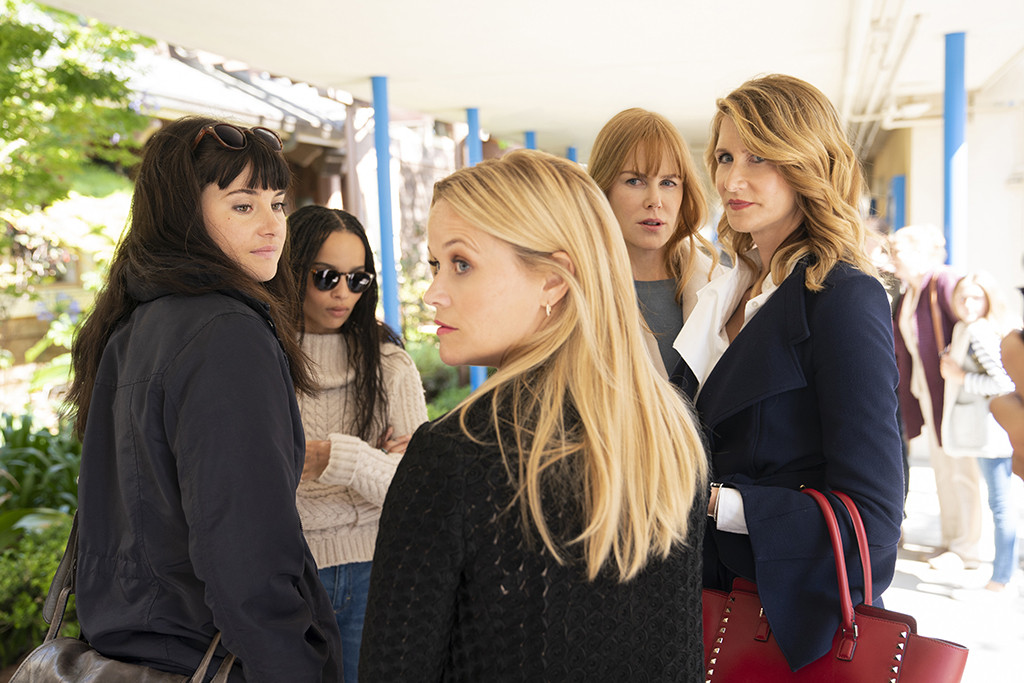 Zoë, 30, and Nicole had also known each other for years, for far more personal reasons: Nicole had dated and was briefly engaged to Zoë’s dad Lenny Kravitz in the early 2000s.

“I hadn’t seen her in a long time before Big Little Lies, but there was a point where we were all kind of living together,” she told The Edit. “I was about 13, and she would take me to see movies; she was so nice to me.”

For Lenny, he opened up about his ex and his daughter working together on Watch What Happens Live, saying, “It was beautiful that they got to know each other as adults and make this great show together.”

Zoë also had a history—albeit a much more recent one—with Shailene, as the two younger members of the Monterey Five co-starred in the Divergent film series. Like Reese and Laura, they formed an immediate bond.

“She’s like my sister. I would go to the ends of the earth for Zoë Kravitz. That woman has been a trailblazer, and she is truly interested in evolving into a better version of herself,” Shailene told InStyle. “That is something I respect beyond words. She’s also a genius. The world should be excited to see what Zoë creates, because she is a jack-of-all-trades.

Laura and Shailene co-starred together in The Fault in Stars in 2014, with Laura also playing the mother figure to her future fellow Monterey mom. When Reese presented Nicole with her Film Tribute Award at the 2017 Gotham Awards, she admitted she used her producer pull to spend even more time with her “beautiful, soulful, talented friend” during her speech.

“I managed also to coerce my line producer to make sure I was in the same makeup trailer with her at all times while she was getting ready so I could ask her anything I wanted to. She was captive for two hours and I asked her a lot of questions,” she explained, adding she would grill Nicole about all the directors she had worked with over the years.

“I started a production company…to create more roles for women onscreen and behind the scenes,” Reese wrote in a Glamour essay in 2017. “I think it’s worth noting, I self-funded my production company for years. I think there’s this fallacy that because I’ve been an actor, people are going to hand me stuff. Nobody hands me anything.”

Of Reese, Shailene gushed to InStyle, “I want to cry when I think about Reese, because that woman holds the weight of so many worlds on her shoulders yet manages to show up day in and day out with more ambition than anyone I’ve ever met. More drive, more care, more passion. Even if she disagrees with you, she will take the time to understand.”

Even though Reese and Nicole were executive producers, it was a collaborative environment on set from day one.

“[Working with these women has been] astounding because I’ve learned so much. We all come in with our own set of skills,” Nicole told InStyle. There’s great listening and great contributing and great compromise, but actually, in the end, it’s just a great allegiance. The show itself is its own force. We were all like, ‘No, we’re done,’ and it pulled us back in. Reese and I just look at each other and go, ‘How did we get here?'” 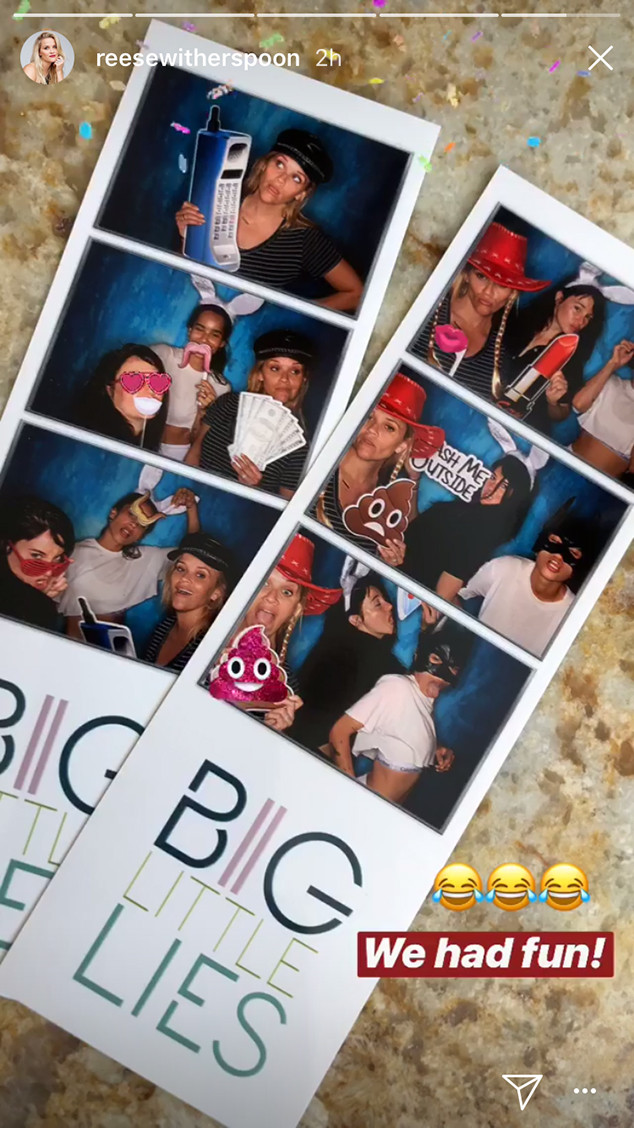 For Reese, who has often talked about being the “only” female on set growing up, she said, “It was great working with Nicole and Laura and Shailene and Zoë and really being able to rely on other women for advice, and performance advice…I’ve never gotten to work with actresses of this caliber, because we’re usually cordoned off and we’re the only women in movies.”

Shailene, who has been acting since she was five and is the youngest member of the group at 27,  said being on set with her co-stars felt “as natural as breathing air,” something she had never experienced in a group on set prior to filming BLL.

Used to being the only female on set, the five women found they were able to have conversations they had never previously had on a project.

“It was just a completely different working experience,” Reese told The Los Angeles Times. “I’ve never been able to talk about those things with anybody on set.”

Laura, who grew up in a Hollywood family as the daughter of actors Bruce Dern and Diane Dadd, Big Little Lies provided her with a security working mothers in Hollywood rarely feel.

“These two goddesses have made me feel not alone as the mom who’s working and feeling guilty at every step I take on set when I’m not with my children,” she said of Reese and Nicole ” To have other women ask, ‘How do you get them to the singing thing?’ ‘Can we change schedules so I can go see their play?'”

Reese opened up about fostering that environment on set during a panel for the show.

“We’re definitely aware of each other’s personal lives. I would say that’s once difference….sometimes when I’d be at work an I was a young person with young children, I wouldn’t bring my young children to set, because it made me feel vulnerable. It made me feel like I was exposed and that no one was gonna be supporting of me needting to take care of a sick child. And I have never had that experience was this group of women. I mean they did everything short of putting on a blonde wig and going out there and doing it for me. It was an incredible experience to be able to lean on each other. Even just express the feelings of guilt, or regret, or adness, or excitement over something that happened in my personal life.”