Ask them how this all started and the answer is a little unexpected: hot desking.

Amy Maas and Adam Dudding were working at New Zealand news website Stuff when the flexible working-space arrangement was introduced. One day in March 2017, they happened to sit next to each other and both started moaning about their day. Maas had a story idea that was proving far too complex and unwieldy to squeeze into a 2000-word feature. Dudding really wanted to make a podcast but couldn’t find the right story to tell.

Each had what the other needed. And so the Gone Fishing podcast was born. 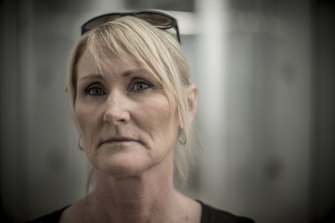 Maas had visited a women’s prison in 2016 to write a story about a prospective fashion parade and dinner being organised by prisoners. The event and the story never ended up happening. But while there, she met the prisoner in charge of the kitchen, a woman named Gail Maney, who told her that she was being paroled soon and wanted to write a cookbook.

“I was really impressed by her because she seemed very well put-together and well-spoken and conscientious and she seemed to have the respect of the prisoners and the wardens,” says Maas from New York, where she moved in July to start a job with The Daily Mail.

On her way out of the prison, Maas asked the guard accompanying her why Maney was in jail. He told her she was doing 15 years for a 1989 murder. 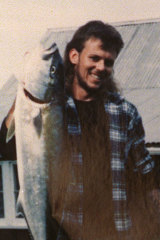 Maas did more research and found that Maney was convicted of ordering a hit on Deane Fuller-Sandys, a 21-year-old tyre-fitter, after he allegedly stole drugs and leather jackets from her home. His car was found in a carpark overlooking the rocks where he regularly fished and it was initially assumed that he had drowned. Some still believe this. His body has never been found.

Maney, who was a sex worker and hard-drug user at the time, lived in a notorious party house. Soon after the alleged murder, a fellow sex worker, Leah Stephens, was raped and murdered, with police eventually linking the crime to the same person who they say did the original hit on Fuller-Sandys, nightclub bouncer Stephen Stone. They say that Leah Stephens was going to squeal to police about the first murder.

“I was shocked when I found out about all this,” says Maas. “I couldn’t equate the story of this murder case with the woman who I met. It didn’t seem like the same person. After I got to know Gail and got to know her whole story, I thought that something wasn’t quite right.”

In the podcast, Maney is honest about her past failings and chequered history and never paints herself as an angel, but she has maintained her innocence for the last 30 years and never changed her story. With no dead body or forensic evidence, the prosecution’s case rested entirely on key witnesses, all of whom placed Maney at the centre of things. 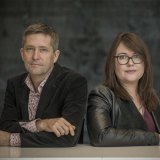 As Maas and Dudding discovered, everyone in this story is flawed (including the police officer in charge of the case, who was subsequently jailed for drug offences) and just about all of them told lies, either some of the time or all of the time. Two of the witnesses have since recanted their testimony, saying that police forced them to come up with a story that married with the prosecution’s case.

You can see why Maas found this all too complex for an online news story. You can also see how it was perfect for a podcast series. But there was one small problem: both Maas and Dudding had zero podcast experience. The learning curve was steep.

“In the end we had a deadline and we were new to podcasting, so we had three months of 60-hour weeks, six days a week,” says Dudding. “We were co-writing a 70,000-word, novel-length script in Google docs, which was fantastic but we also drove each other crazy. We did lots of talking and discussing and occasional shouting.”

“Adam and I fought so much and then made up so much that I think we’d be the world’s best marriage counsellors,” adds Maas, laughing. “One of our fundamental disagreements was around the guilt aspect.”

Towards the end of the podcast, you hear the duo interview a key witness who recanted her testimony. It’s obvious she’s a very damaged person with a messy and confusing story to tell. Maas and Dudding walked out of the room with diametrically opposed views regarding what this woman said.

We never found anything she said that turned out to be contradicted by a document or evidence.

As for the ultimate question about Maney’s innocence or guilt, Maas says, “when it comes to Gail I think there’s nothing to suggest she was a part of what the police say happened".

“Where I settled, in the end, is that I’m really not sure,” says Dudding. “If Gail is guilty, she’s an extraordinarily consistent and organised liar who has not changed her story over the years. We never found anything she said that turned out to be contradicted by a document or evidence. It’s entirely possible she had nothing to do with it, but not impossible she was involved somehow. Whatever the truth of the matter, there was a lot wrong with the police investigation and the prosecution case was just not good enough and had gaping holes in it.”

Gone Fishing gathered numerous awards throughout 2019, including best podcast at NZ Radio Awards and a gold award at the New York Festival Radio Awards. Now Maney and an investigator are working on an appeal. As for Maas and Dudding, they’re awaiting further developments on what has been the biggest story of their careers.

“From 2016 to 2018 it took over my life,” says Maas. “I would sit in bed reading witness statements. It was every evening, every weekend, every waking moment. But it was worth it.”

Related posts:
01/03/2020 Lifestyle Comments Off on Is she a murderer? The curious case of Gail Maney
Recent Posts
We and our partners use cookies on this site to improve our service, perform analytics, personalize advertising, measure advertising performance, and remember website preferences.Ok