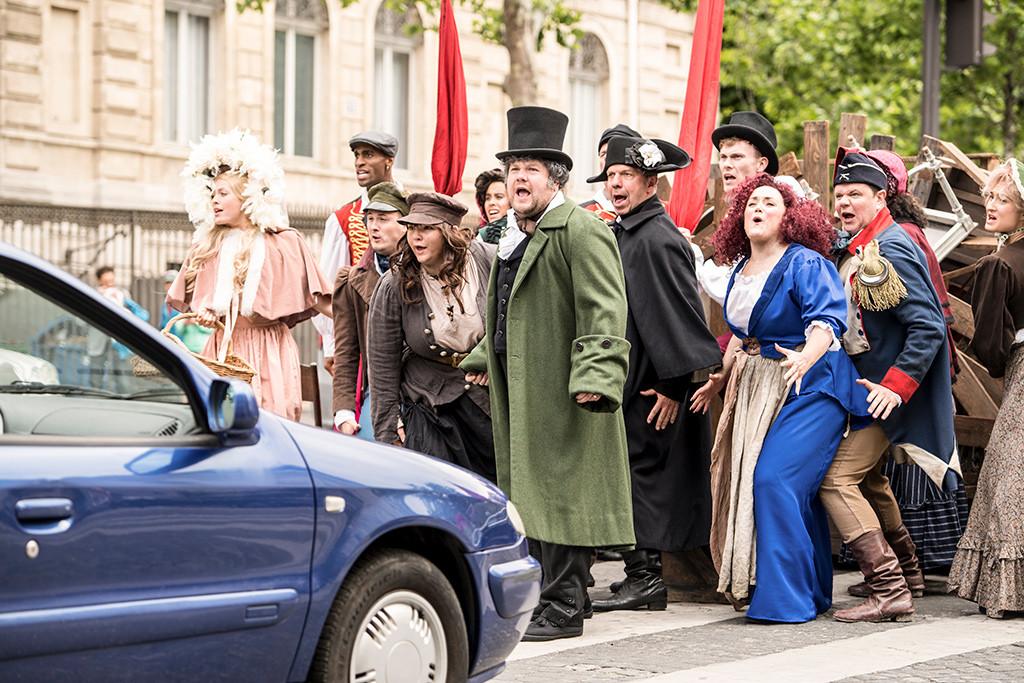 Do you hear the people sing? It’s James Corden and his “Crosswalk: The Musical” crew!

The host headed to Paris to perform a new version of the classic show Les Misérables for Wednesday’s episode of The Late Late Show.

For those who haven’t seen one of Corden’s crosswalk productions before, the shows involve the late-night host dressing up in costume and performing full song and dance numbers with his cast in the middle of an intersection.

Granted, the performances can be a bit dangerous. To prepare his cast, Corden had them practice dodging obstacles they may encounter in the middle of the street. But he wasn’t just talking about cars. He was also referring to pastries and started pelting his cast members with croissants.

Still, the TV star managed to squeeze in some time to enjoy the City of Love in between rehearsals.

“I mean, it is clear to me that Paris is my spiritual home,” he said while donning a beret and scarf. “You know, the food, the lifestyle, the ambiance. It all speaks to me. It speaks to my soul. I’ve even started smoking.”

Once he felt like his cast was ready, Corden and his team headed to an intersection right by the Arc de Triomphe. There, they performed several of the musical’s hits, including “Master of the House” and “Do You Hear the People Sing.” He even got into character to sing Fantine’s “I Dreamed a Dream.” 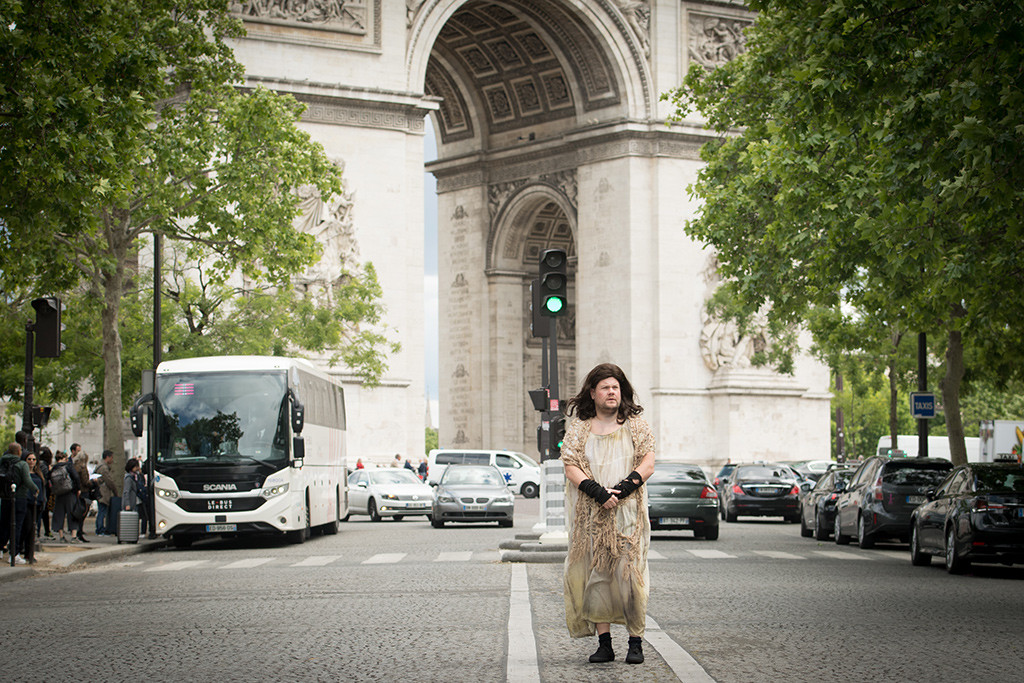 The big finale, however, was the troop’s performance of “One Day More.”

Watch the video to see the performance.

It has a certain je ne sais quoi, no?