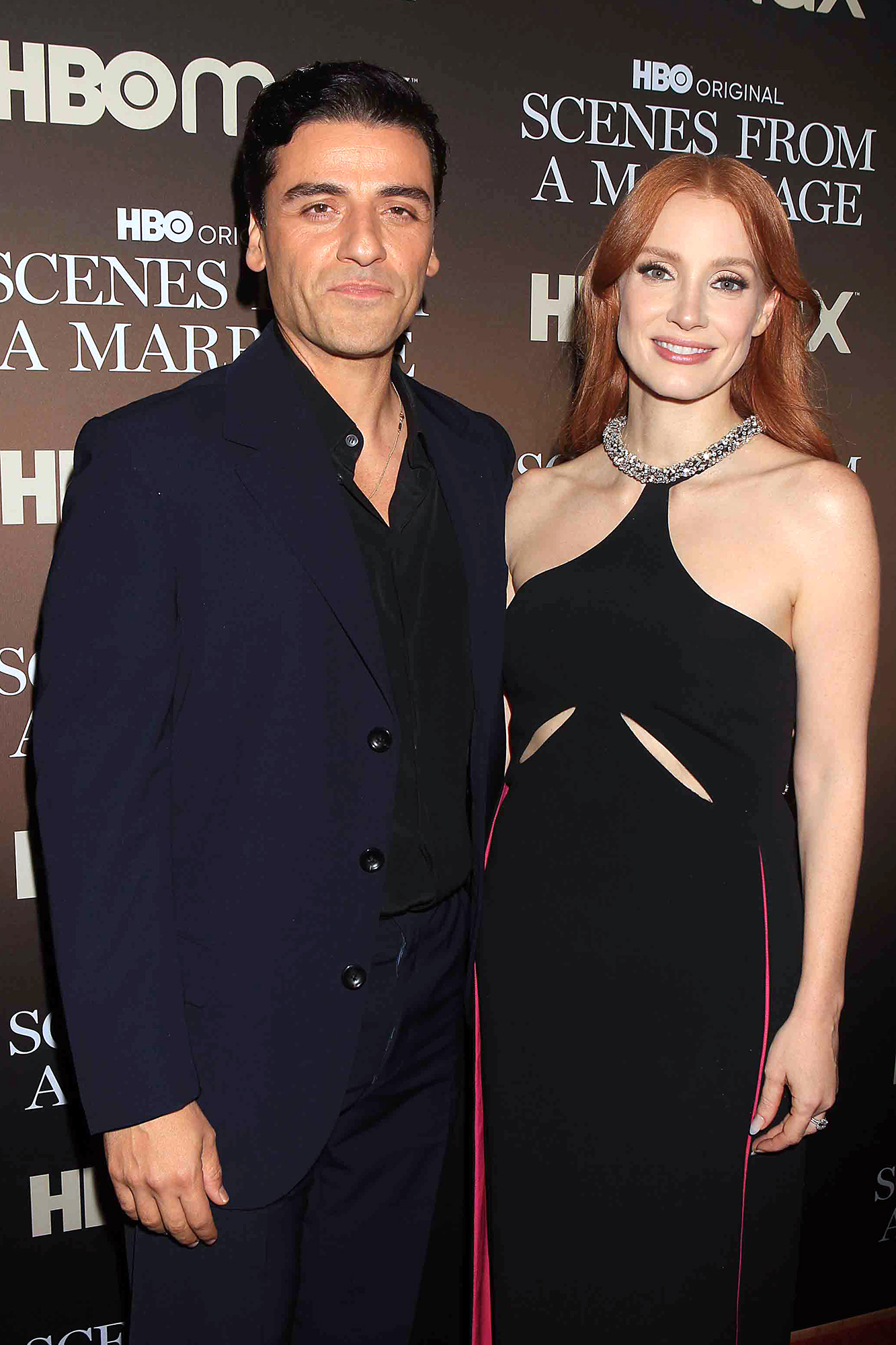 Baring it all! Jessica Chastain opened up about her choice to go nude in HBO’s Scenes From a Marriage, revealing she had one rule before stripping down with costar Oscar Isaac.

“Well, I said to Hagai [Levi], who wrote and directed in the series,” the 44-year-old actress said during the Friday, October 15, episode of The View. “I said in the very beginning, ‘I’m comfortable with all the nudity, but any part of my body that you show, you’re going to have to show the same with Oscar.’”

The Zero Dark Thirty star noted that during a shower scene in episode two of the series, viewers “see my body, so you see his body [too],” which was part of the deal. “For me, I wanted it to be balanced,” she added.

Isaac, 42, joked that as theater kids, they were “always naked,” to which Chastain replied, “I was never naked in theater class!” 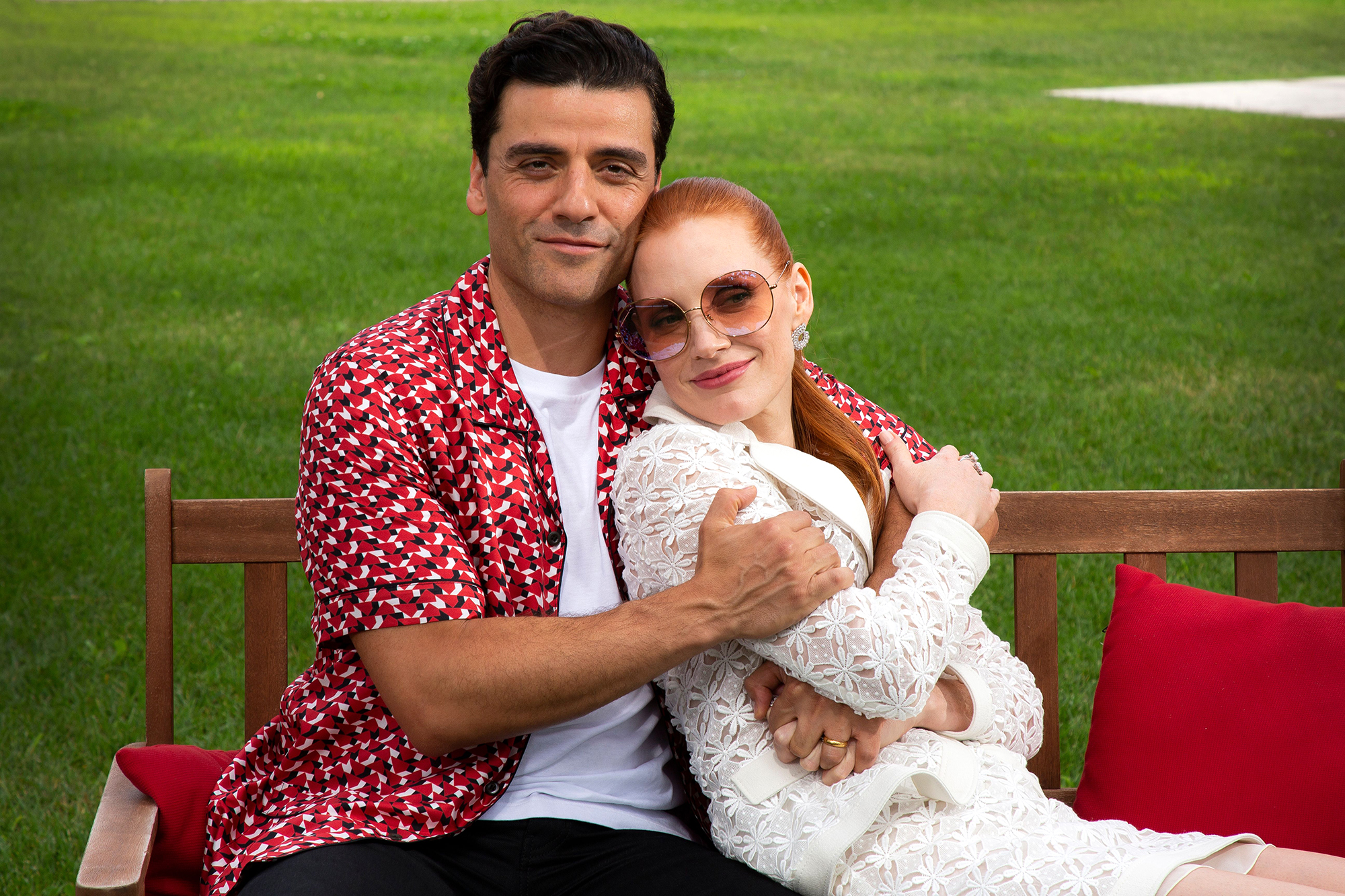 In the limited series, Chastain plays Mira, who has an affair while married to Isaac’s Jonathan. Their characters deal with a lot of ups and downs, including crying, screaming and a few highly talked about nude scenes, as their union falls apart.

One viral moment is when the Guatemala-born actor goes full-frontal — sending his social media fans into a tizzy. “You’re welcome, Twitter!” Isaac joked after being asked about the newsworthy scene, before noting he was “surprised” when he watched it back.

Stars Who Went to School Together

“I didn’t know that was going to happen. You get sent the stuff to look at and be like, ‘OK, I’m fine with that,’ but I saw it on a laptop quiet dark and I didn’t notice what was happening down there,” the Card Counter actor explained. “[But] clear as day, on the big TV, it’s there for everyone to [look at].”

Chastain also detailed what it was like shooting intimate scenes with such a close friend and whether the characters’ dynamic took a toll on her.

“We’ve been friends for over 20 years. We went to college together. It makes it easier in that we completely trust each other. We love each other. We’re protective of each other,” the Eyes of Tammy Faye actress said. “But, then it also makes it more difficult because we know how to hurt each other. So, in the scenes where the characters are hurting each other, sometimes I would look at him and [say], ‘Is this Oscar or Jonathan?’ It was good and bad for me.”

The actors previously made headlines in September when they showed off their chemistry at the Venice Film Festival premiere of their miniseries.

While walking the red carpet together, the Molly’s Game star and the Star Wars actor cozied up to one another for the cameras. At one point, Isaac kissed Chastain’s arm and hand and pretended to propose, causing fans to freak out over the PDA.

Celebrity BFFs Through the Years: Photos

“Oscar Isaac is making my blood pressure go up i need to get a grip,” one Twitter user wrote. Another fan commented, “This man exudes so much sex appeal WITHOUT EVEN TRYING.”

The duo’s premiere poses were just for show as both stars are married with children. Issac wed Elvira Lind in February 2017, one month before they welcomed son Eugene, now 4. They also share another child, who was born in October 2019.

Chastain, for her part, married Gian Luca Passi de Preposulo in 2017. The couple share daughter Giulietta, 3, and a second child born in 2020.