Joe Amabile and Serena Pitt may not be rushing down the aisle, but the Bachelor in Paradise season 7 couple are solid, according to the former grocer.

“[Things] get better and better every day,” Amabile, 35, told Us Weekly exclusively while promoting his partnership with Priceline. “[The best part] I think is just being in a caring, loving relationship and in a normal one, you know? Being able to go out and go to a restaurant.” 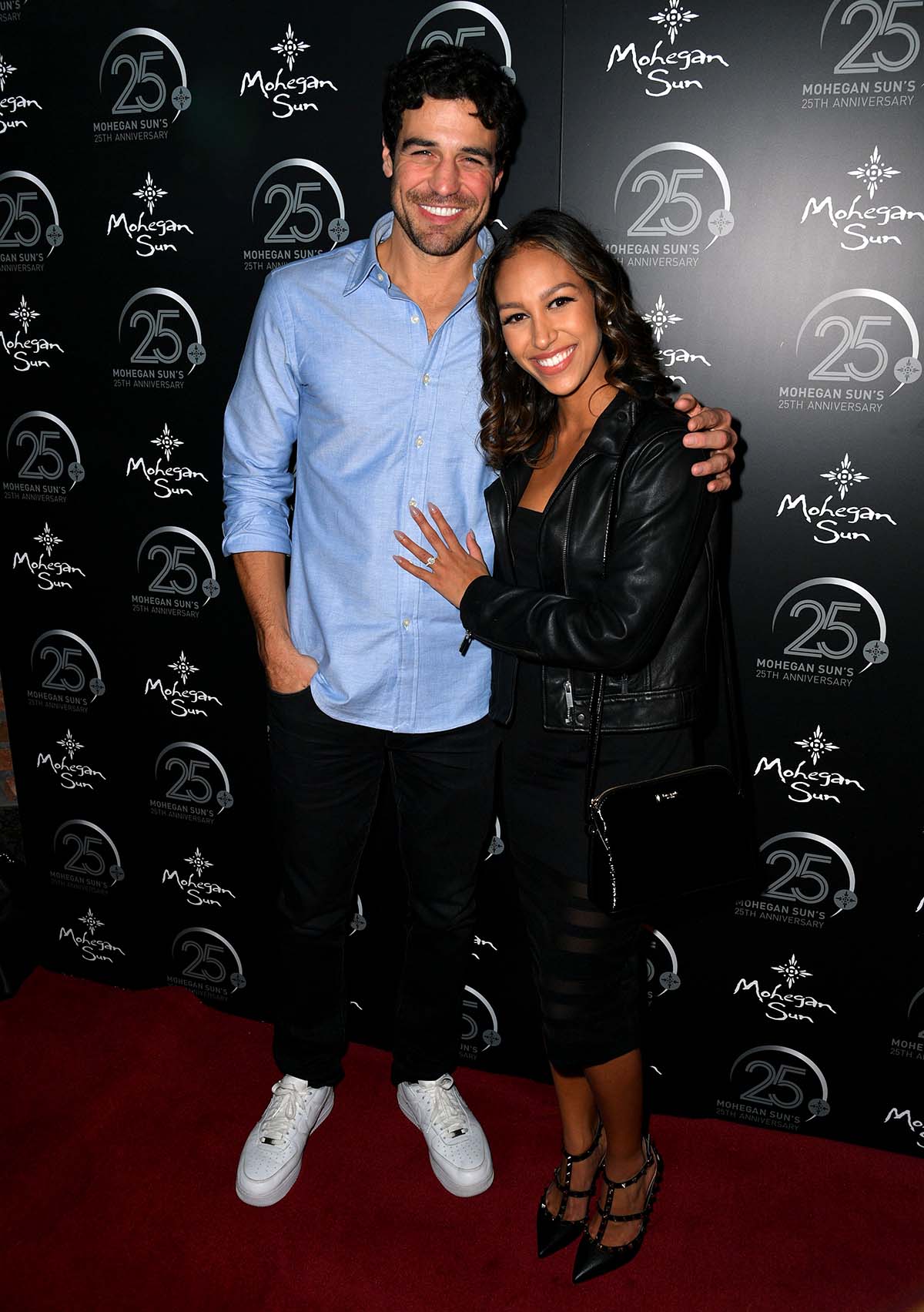 The Chicago native proposed to Pitt, 24, during the October finale of the reality show. He told Us that they want to “tackle” deciding where they’ll live before they start planning their nuptials.

“We’re more or less trying to figure out where we’re going to live, we’re excited about that,” Amabile said. “We’re still in talks about that, but we’re on the same page. It’s between the three cities, Chicago, Toronto or New York.”

The duo are set to visit NYC for the first time as a couple in the upcoming weeks.

Amabile and Pitt were one of three couples that got engaged in Mexico during the summer. While fans of the ABC franchise are often speculating about the status of Bachelor Nation couples, he told Us he doesn’t feel any added pressure.

‘Bachelor’ and ‘Bachelorette’ Engagement Rings Through the Years

“I don’t really let it affect me or my relationship,” the season 14 Bachelorette alum said. “Right now, to be completely honest, it’s been really nothing but love. We have a great support system with our friends and family and honestly, Bachelor Nation and all the people out there have really just been great to say the least.”

After finding success on BiP, Amabile has teamed up with Hotwire for their Love at Last Minute contest.

“We are looking for couples that met during quarantine and haven’t had a chance to take a trip together. There’s a poll, like, 74 percent of Americans said traveling is the best compatibility test and I actually believe that myself,” he told Us. “So I have picked the cities — Charleston, Atlanta, and my hometown, Chicago — and we are choosing three couples that we think could potentially go the distance to win these trips. All they have to do is go to quickie.hotwire.com and send them a video showing off themselves basically. … And after that trip, we’re going to reevaluate and if we think one of the couples or all three of them could go the distance, they will win a $10,000 fancy trip on Hotwire.”