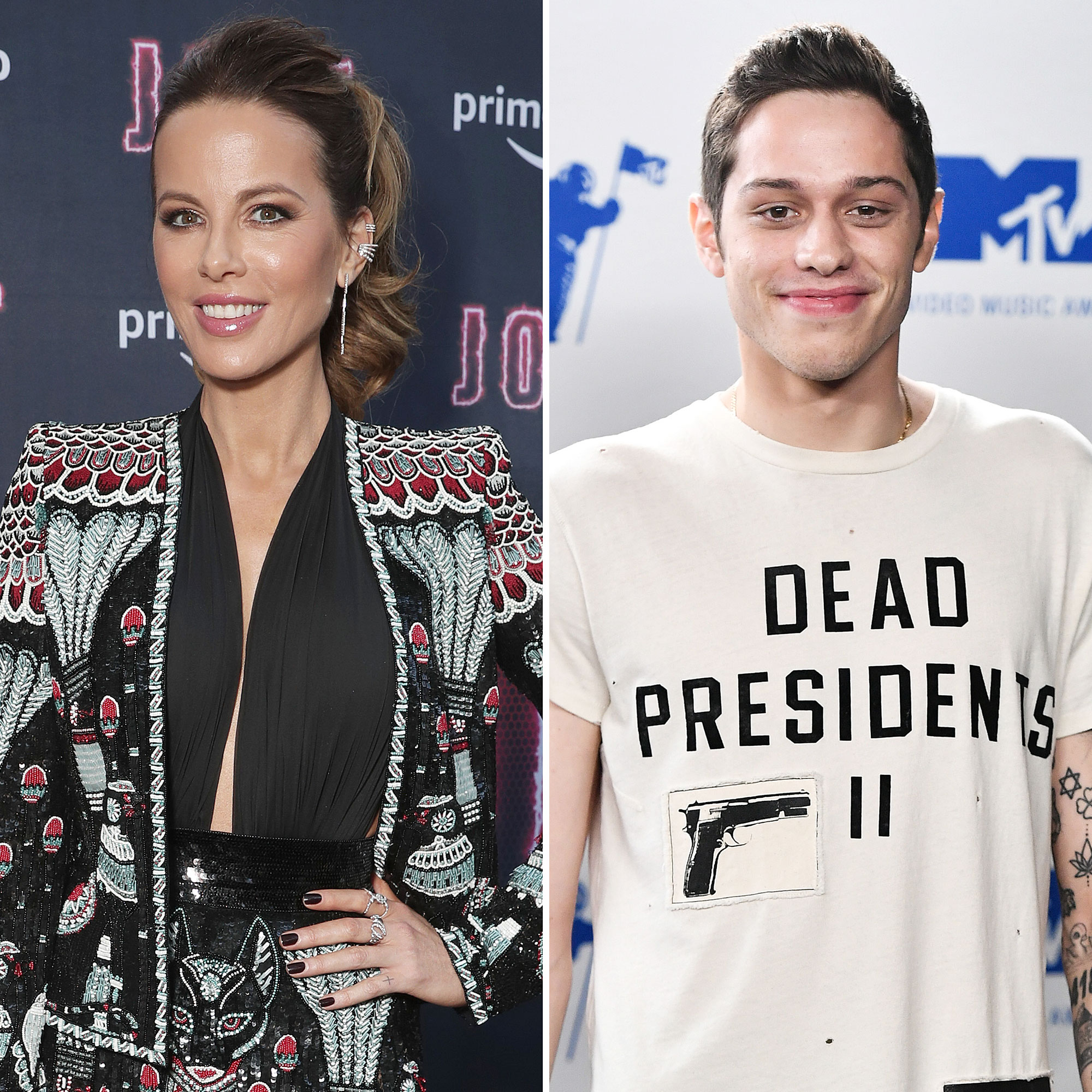 Under his spell! Kate Beckinsale subtly weighed in as fans attempt to wrap their heads around Pete Davidson‘s recent surprising hangouts with Kim Kardashian.

After the Saturday Night Live star, 27, was spotted on multiple New York City outings with the Skims CEO, 41, one social media user stepped up in his defense. “I love how every time Pete Davidson starts dating another beautiful celebrity everyone’s like ‘wtf is happening how did he do this what is this mystery???’ and everybody refuses to entertain the possibility that he might have a nice personality,” writer Kristen Mulrooney tweeted on Monday, November 1.

Davidson was briefly linked to the Serendipity actress in early 2019 following the end of his four-month engagement to Ariana Grande. After the comedian and the U.K. native were spotted together at several Golden Globes afterparties, a source told Us Weekly that Beckinsale “likes young guys who make her laugh,” making Davidson “exactly her type.”

Kate Beckinsale and Pete Davidson: The Way They Were

The whirlwind romance fizzled out after only a few months, with an insider telling Us in May 2019 that the pair’s bond had developed “more friendly of a vibe [than] romantic.”

The relationship certainly caught fans off guard — and even Davidson’s family members were impressed that he worked his charm on the “legendary” star.

“All of my uncles freaked out,” the Set It Up star told Charlamagne Tha God in February 2020, calling Beckinsale “one of the funniest people I’ve ever met.”

At the time, the New Yorker admitted that the timing just wasn’t right for him and the “superstar” Underworld actress, who has often clapped back at those who question her preference for younger men.

“Every relationship I have had has been solely to annoy you,” she teased in July 2020 after an Instagram troll said she should stop “dating guys that could be your children.”

In addition to his relationships with Beckinsale and Grande, 28, the King of Staten Island star has dated Kaia Gerber, Cazzie David and Margaret Qualley. Last month, he sent fans into a frenzy when he was photographed with Kardashian at an amusement park in California.

“They are just friends right now, but things could turn romantic. … Kim is single and having fun at the moment,” a source told Us of the Keeping Up With the Kardashians alum, who enjoyed a private dinner with Davidson in Staten Island on Tuesday, November 2, before they were spotted at Zero Bond in Manhattan the following day.