Kenya Moore and Marc Daly are working on their marriage

“Real Housewives of Atlanta” star Kenya Moore reminisced over her past relationships during her Friday appearance in “The Wendy Williams Show,” detailing a disastrous date with Kanye West.

While she doesn’t mention when the date took place, many presume it was before West tied the knot with Kim Kardashian-West in 2014.

“I did go out with Kanye once,” Moore told Williams when asked if any celebs have ever asked her out. “That was a disaster.”

“Somehow, we ended up going to his house and there was, like, some very explicit things on TV,” Moore shared through an awkward smile. “I was lost, he left me alone, I was just there for like five minutes, wandering around his house. When I followed the noises, he was watching something on TV that he probably shouldn’t have been. So, that was my exit!”

“As much as I love him, it was just the craziest thing.”

Presently, Moore is focused on rebuilding her relationship with husband, Marc Daly. 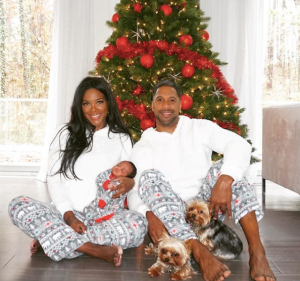 The pair married in 2017 during a private ceremony in St. Lucia. Their daughter, Brooklyn Doris Daly, was born in November 2018. The couple split less than a year later in September 2019.

“We’re actually getting along better than we’ve gotten along probably shortly after we got married,” Moore said in June. “I mean it’s just been no arguments, no real fights or disagreements and he’s been really sweet and caring and thoughtful. It’s like ‘Wow, you know, this is the man I’m married.’”

12/05/2020 Lifestyle Comments Off on Kenya Moore says things got ‘explicit’ during ‘disaster’ date with Kanye West
Recent Posts
We and our partners use cookies on this site to improve our service, perform analytics, personalize advertising, measure advertising performance, and remember website preferences.Ok