The final moments of the October 12 episode of ‘DWTS’ were the ultimate nailbiter. Kenya Moore admitted that she believe she was going to be eliminated after landing in the bottom 2 for the second week in a row.

Dancing With the Stars left everyone shocked when there was a double elimination at the end of Disney Villains Night on October 12. Brian Austin Green and Sharna Burgess were eliminated first, leaving Kenya Moore and Brandon Armstrong in the bottom 2 with Matt James and Lindsay Arnold. It came down to judge Len Goodman, who made the final decision and chose to save Kenya and Brandon. 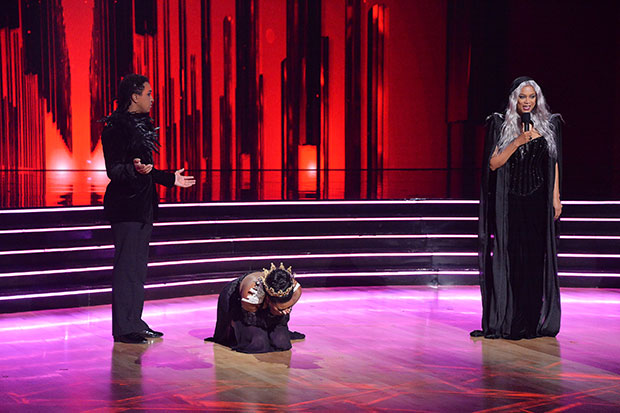 “In my experience of watching the show for the last 16 years or 30 seasons… I don’t know if they save people more than once, so I just figured, we’re going to go home and if we end up in the bottom again, they can’t save me again. So, I just figured that they would send me home,” Kenya told reporters, including HollywoodLife, after the elimination.

When Len called Kenya and Brandon’s names, which meant that Matt and Lindsay were eliminated, Kenya fell to her knees. There were even tears in her eyes! Kenya raved that she respects Len “so much,” and she “couldn’t be happier” to be dancing another week.

While she didn’t get to speak with Matt after the show, Brian did have a few words to say to Kenya. “Brian is a great guy,” Kenya said. “He just was encouraging to me and saying you’re killing it. Don’t let anyone make you feel like you’re not being who you are. People can see you. They finally see who you really are. Forget about anything in the past and I just appreciate it.” 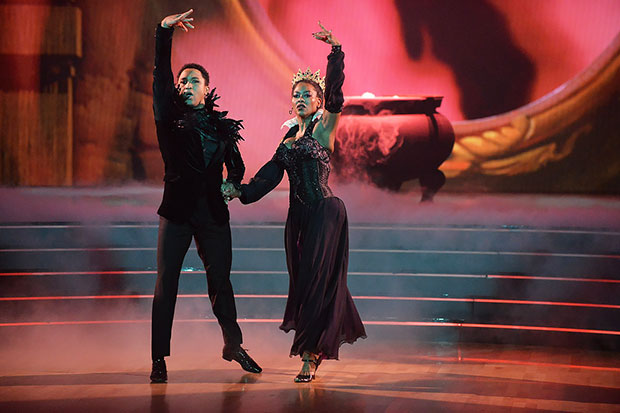 On Disney Villains Night, Kenya and Brandon danced the Viennese waltz to “Dangerous Woman” by Ariana Grande. They earned a 30 out of 40 from the judges, with Carrie Ann Inaba telling Kenya that this was her “best dance” to date. Kenya and Brandon are now looking ahead to Grease Week with the rest of the remaining pairs. Dancing With the Stars season 30 is Mondays on ABC.