‘The Kardashians’ exposed for staging family meeting about Tristan Thompson

Khloé Kardashian tweets ‘we all deserve forgiveness’ after ‘Kardashians’ finale

Khloé Kardashian shows off curves in a white-hot jumpsuit

Kim Kardashian and Pete Davidson’s romance is getting steamy.

In a teaser trailer for the second season of Hulu’s “The Kardashians,” the Skims founder asks the “Saturday Night Live” alum whether he would like to shower with her.

“Babe, do you want to shower with me really quick?” she asks in front of a shocked Khloé Kardashian.

In response, Davidson, 28, promptly tosses his phone and scampers off to join his girlfriend, 41.

The exchange marks the comedian’s first on-camera appearance on the reality TV series.

During the Season 1 finale, the “King of Staten Island” star could be heard making an off-color joke about Kim’s vagina.

“Pete, come here, you have to meet Paxy. Paxy has worked with me as audio [for] 14 years from ‘Keeping Up With the Kardashians.’ She knows everything about me. She’s probably seen my vagina,” Kim said in her confessional chair.

“Not more than you,” Kim retorted with a huge grin on her face. “But she’s probably seen it.” 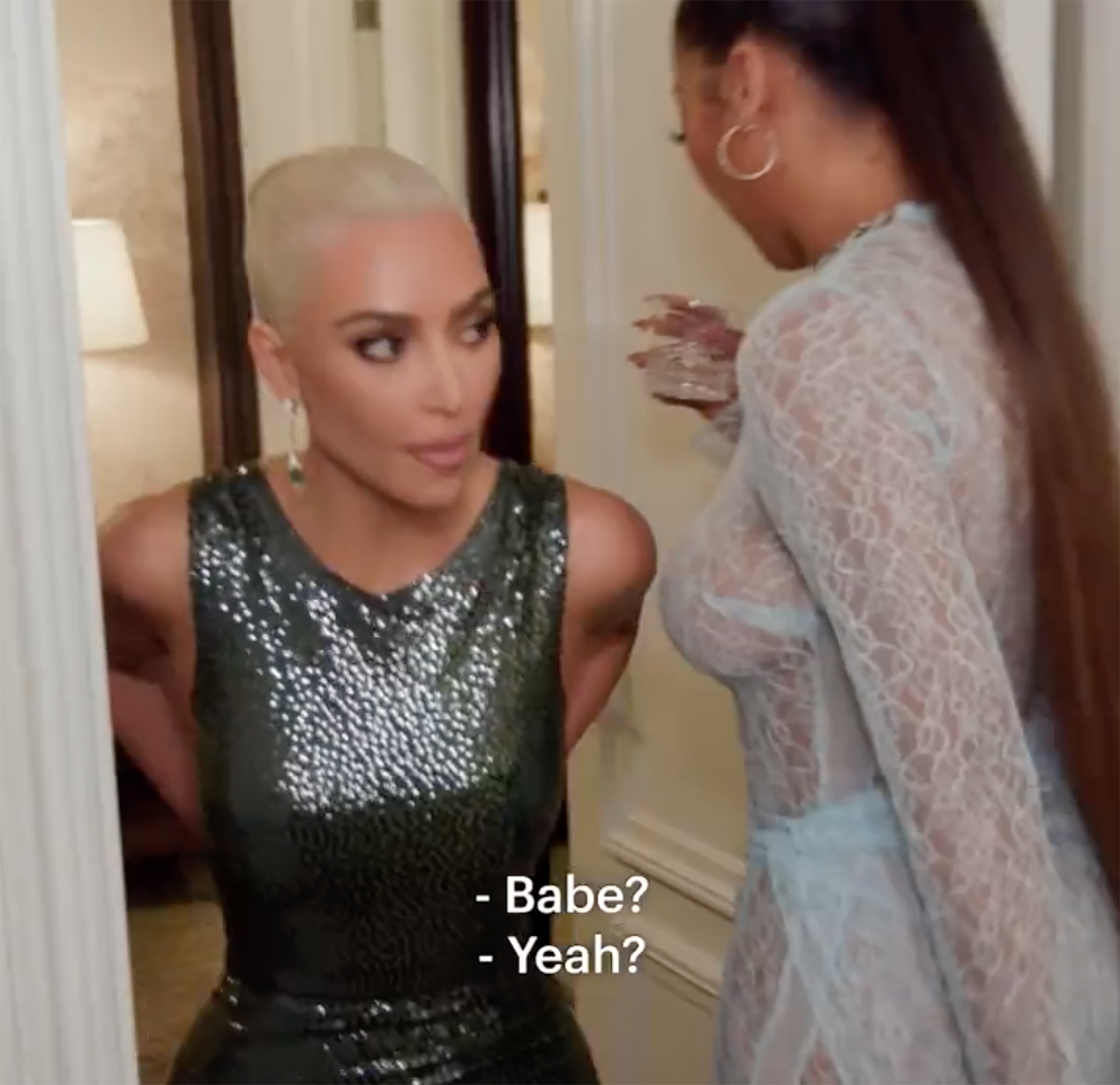 Before the premiere season’s launch in April, the Skkn founder told Variety that she did not film with her beau.

“I’m not opposed to it. It’s just not what he does,” she said at the time, adding that he would probably be open to it (which he clearly was now that he’s on the show). 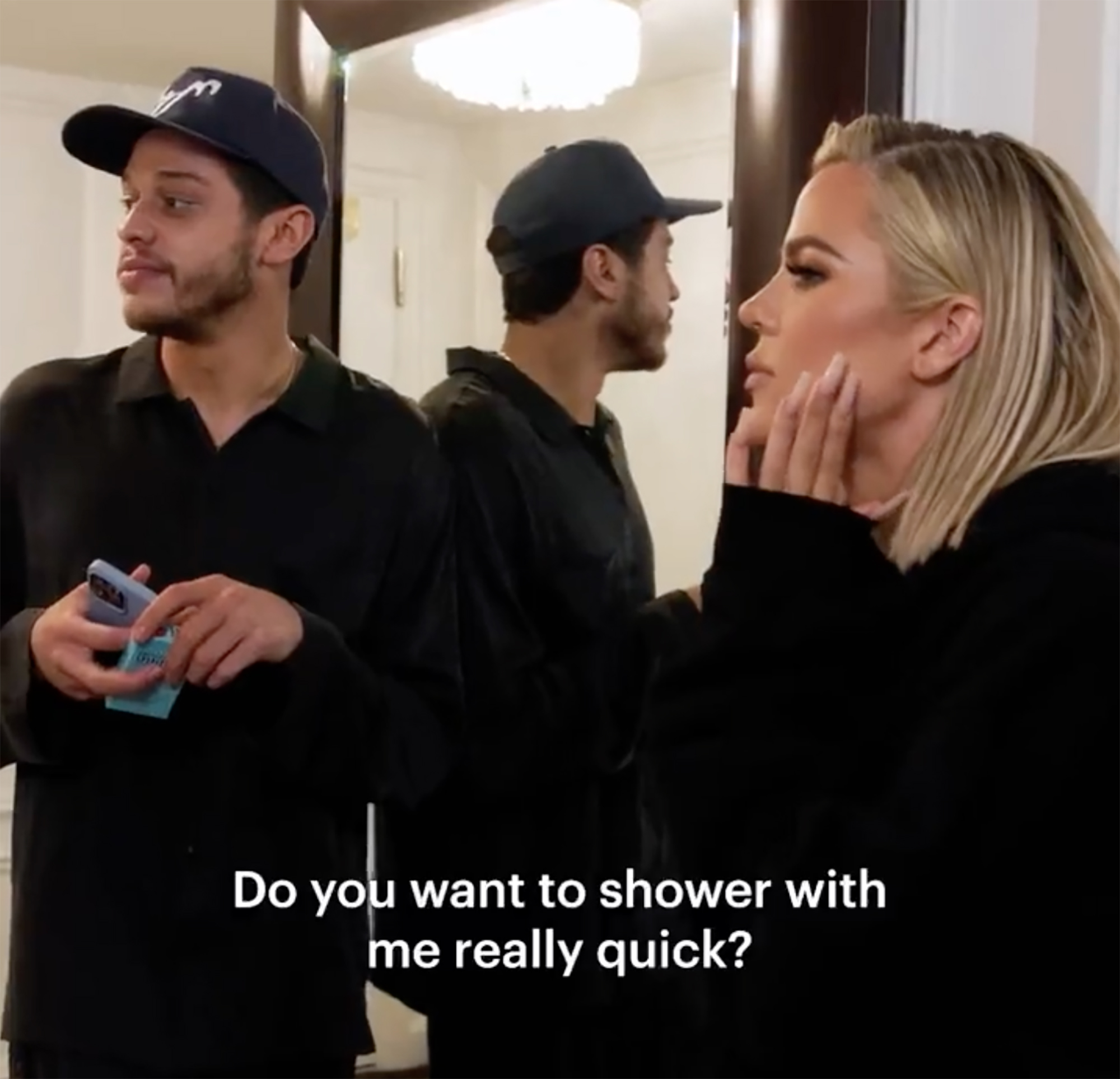 But a source told Page Six that those in Davidson’s inner circle were advising him against appearing on the family’s show.

“His career has taken off, what does he need this for?” a source noted. “It’s a sure way to kill the relationship. Getting involved in the show decimates every man.” 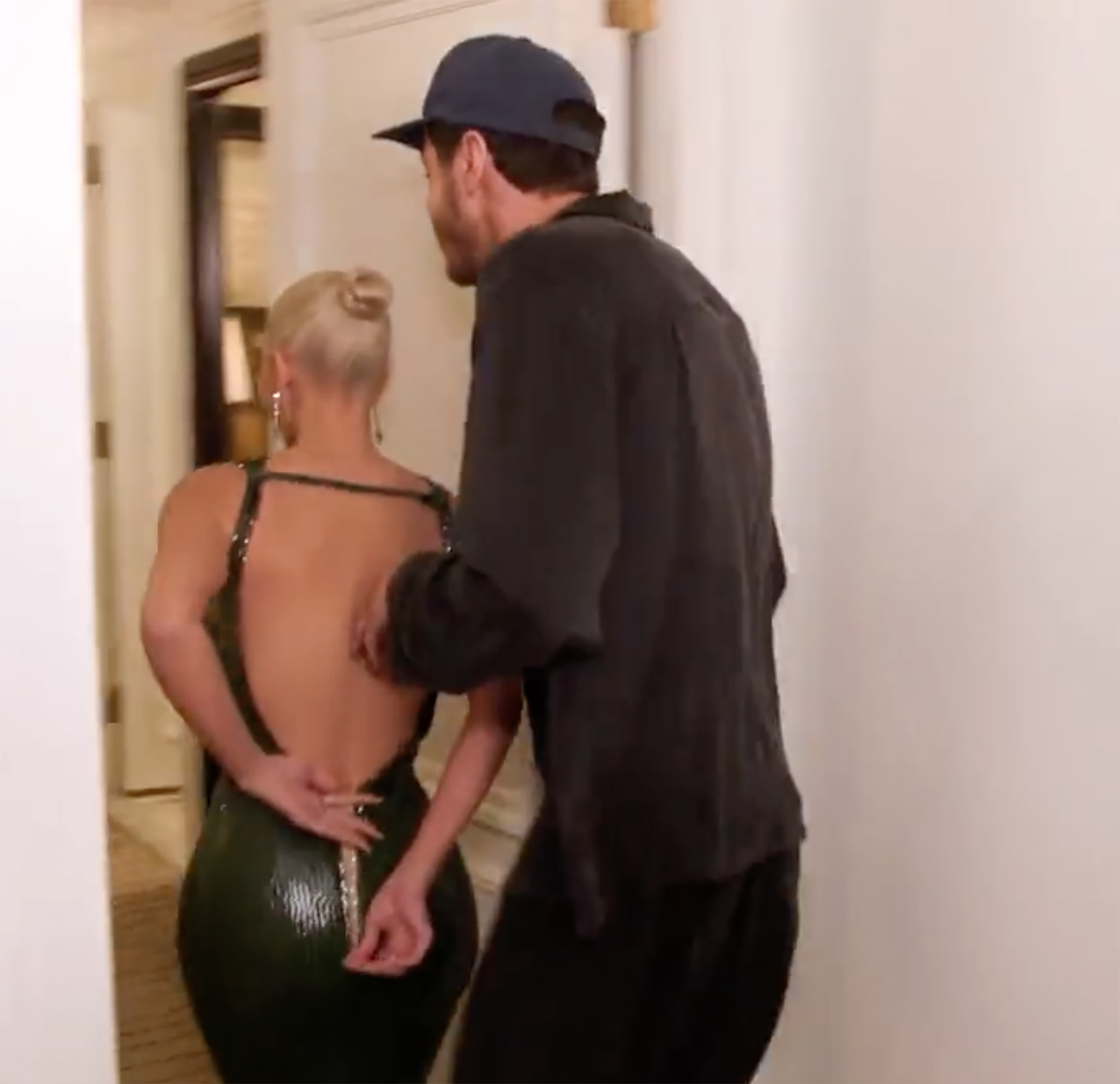 However, a second source denied that people were telling Davidson not to participate.

“He feels no pressure to be in the show,” the insider shared. “Neither do the people around him. If it happens that he’s on the show, it happens.”