No regrets. Kim Kardashian addressed concerns about her weight loss for the 2022 Met Gala — and the reality star still stands by her decision.

“To me it was like, ‘OK, Christian Bale can do it for a movie role and that is acceptable.’ Even Renée Zellweger gained weight for a role. It’s all the same to me,” Kardashian, 41, said during an interview with The New York Times, which was published on Wednesday, June 1. “I wasn’t saying, ‘Hey everyone, why don’t you go lose this weight in a short period of time?’”

The Skims founder noted that she “didn’t do anything unhealthy” to fit into Marilyn Monroe‘s iconic dress. “It was just important to me to reach that goal,” Kardashian added, before explaining her plan if she didn’t lose the weight in time. “I just simply couldn’t have gone, which wouldn’t have mattered.”

The California native originally made headlines when she revealed that she lost 16 pounds in three weeks to fit into the vintage Bob Mackie gown. “It was this or nothing,” the TV personality told Vogue in May, about the dress previously worn by Monroe in 1962. “I didn’t starve myself, but I was so strict.”

According to Kardashian, she would wear a sauna suit twice a day, run on the treadmill, completely cut out all sugar and all carbs and just eat the cleanest veggies and protein” in order to see results.

After the Met Gala, which Kardashian attended with boyfriend Pete Davidson, the KKW Beauty founder offered a glimpse at her post-red carpet meal. “So, after the Met, I am starving,” she said in an Instagram video at the time. “And my favorite donuts in the entire world, in New York City are these mini donuts. Oh, my God, you guys, I have them in the room! How cute is this?” 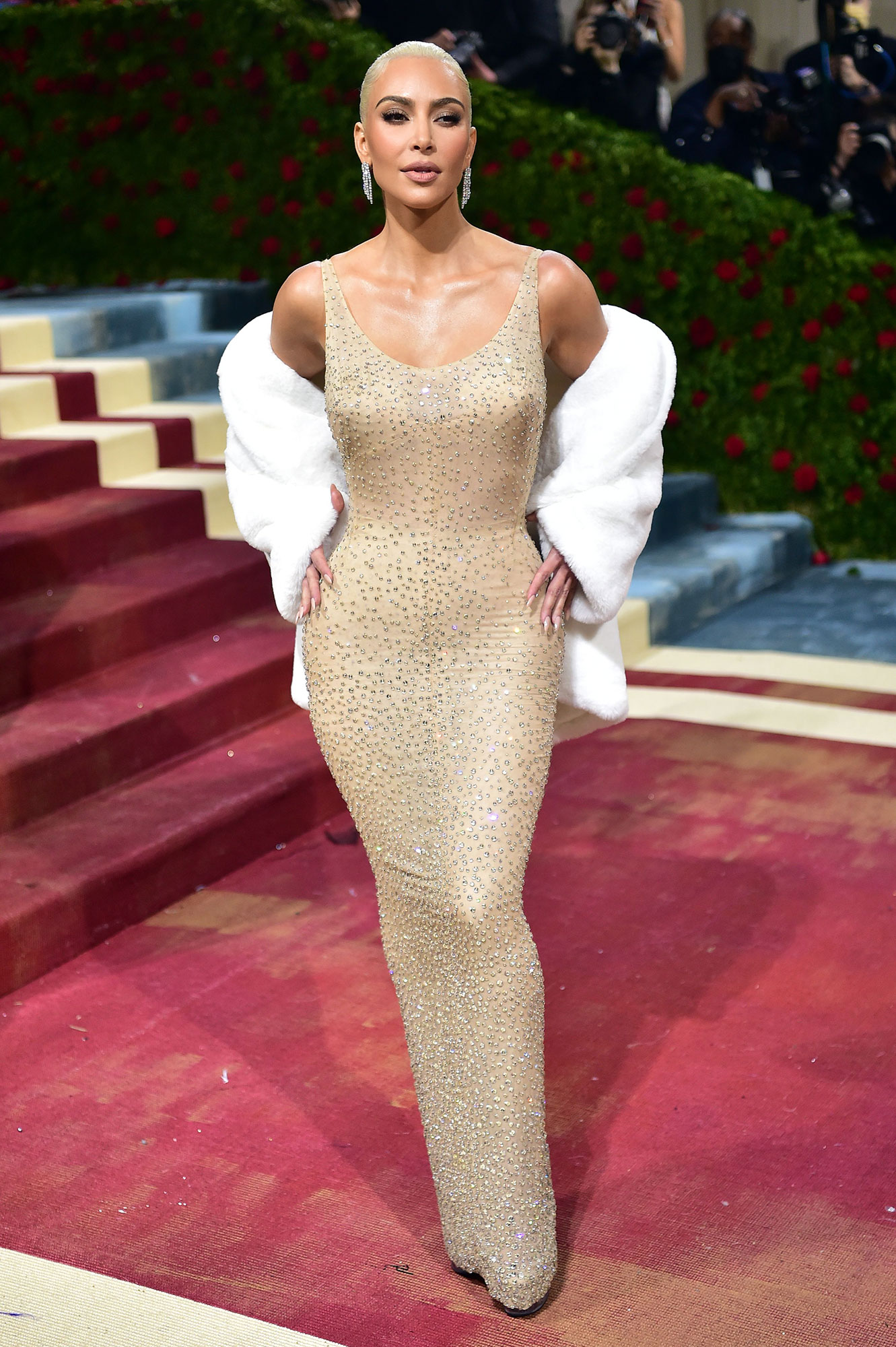 Kardashian added: “Guys, I haven’t had carbs or sugar in almost a month. Definitely [not for] three weeks. And this pizza … I’m so excited!”

Celebrities That Are Leading the Body-Positive Movement

That same month, Lili Reinhart took to social media to call out the businesswoman’s Met Gala preparation. “To walk on a red carpet and do an interview where you say how starving you are… because you haven’t eaten carbs in the last month…all to fit in a f–king dress?” the Riverdale star, 25, wrote via her Instagram Story. “So wrong. So f–ked on 100s of levels.”

The Hustlers star questioned if Kardashian’s comments would have a negative effect on other people. “To openly admit to starving yourself for the sake of the Met Gala. When you know very well that millions of young men and women are looking up to you and listening to your every word. The ignorance is other-worldly disgusting,” Reinhart added.