Kristin Cavallari dating a “Southern” gentleman? Not so fast.

Over the weekend, the Uncommon James founder, 33, and her hairstylist BFF, Justin Anderson, hung out with “Southern Charm” stars Austen Kroll and Craig Conover in Nashville. 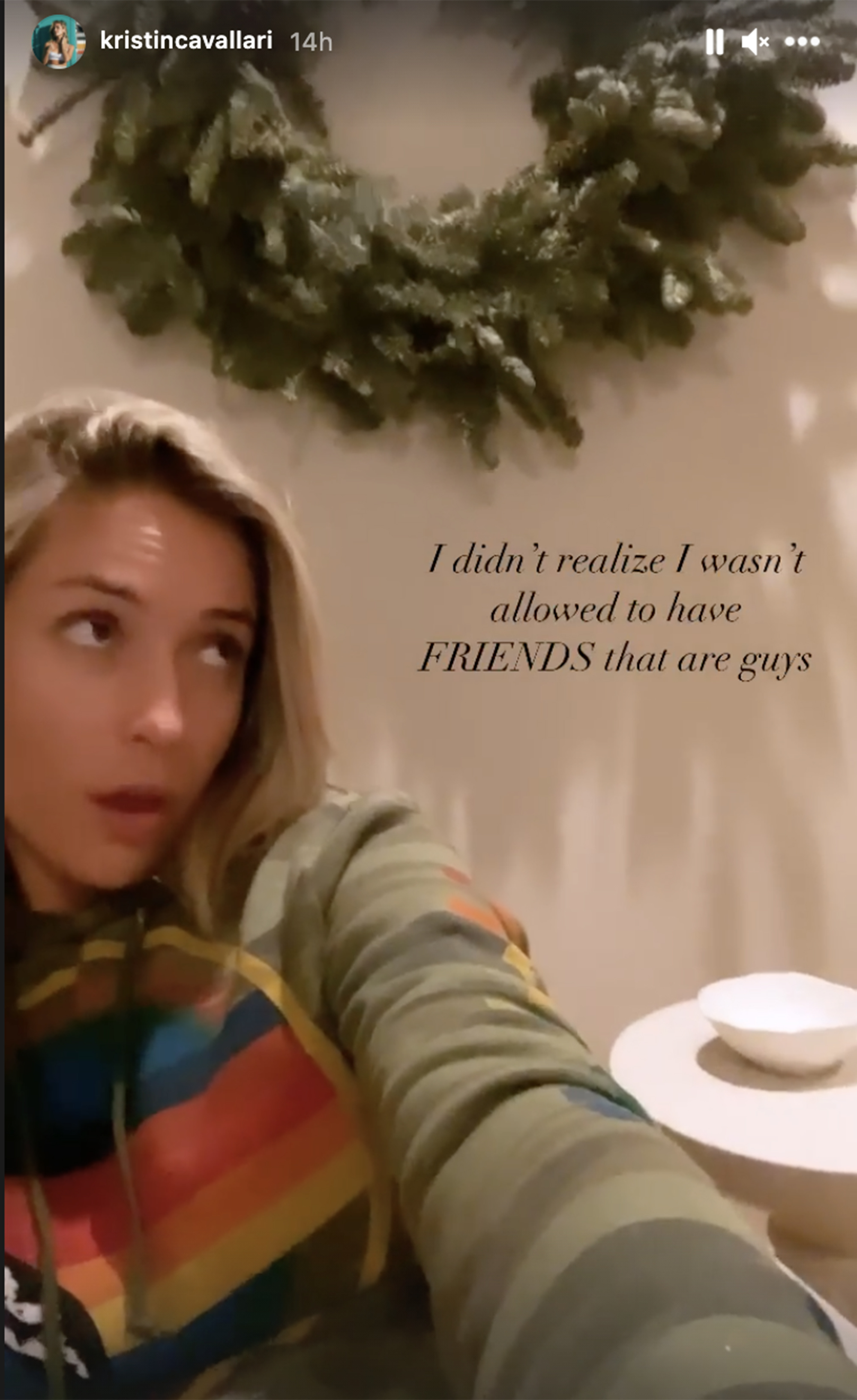 Cavallari — who split from husband Jay Cutler earlier this year — was seen in an Instagram Live on Kroll’s shoulders as the foursome enjoyed their night out, via Best of Bravo. On Monday, the “Very Cavallari” alum made it clear her relations with the Bravos stars are strictly platonic.

“I didn’t realize I wasn’t allowed to have FRIENDS that are guys,” Cavallari posted with her eyes rolled.

Cavallari has been most recently linked to comedian Jeff Dye, while Kroll, 33, had been in an on-and-off-again relationship with “Southern Charm” co-star Madison LeCroy.

LeCroy recently confirmed to Page Six she and Kroll split.

“So, unfortunately, we have called it quits,” LeCroy told us in a recent interview. “We remained talking, occasionally seeing each other, but overall we decided to end the relationship.”

As for Kroll, he commented on a bikini-clad snap of Cavallari last week, writing, “See you next week! Keep breaking the internet in the meantime.”