Three and a half stars

He’s a poet, he’s a picker … he’s a pilgrim and a preacher, sings Kris Kristofferson in The Pilgrim. The same could be said for Kristofferson himself, who played many roles before embarking on a musical path.

In his 30s, the Rhodes Scholar, sportsman and sometime army man traded a promising conventional career for a move to Nashville. Legend has it he got a job sweeping floors at Columbia Records, where he met June Carter and gave her a tape of his work to pass on to Johnny.

Later Kristofferson would write Sunday Morning Coming Down, recorded to great success by Cash; his own version was one of his best performances of the show on this windy spring evening. The love in the room for the man who played the lead in A Star is Born in 1976 opposite Barbra Streisand was palpable. 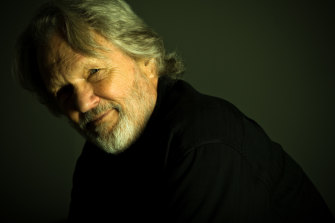 Kris Kristofferson’s Sunday Morning Coming Down was one of the best performances of the intimate and poignant night.

At 83, Kristofferson is likely making his swansong tour. Although his vocal strength was nowhere near as impressive as it once was, his gravelly lower register held true and lent an intimacy to proceedings, the audience leaning in to hear every word. His age added poignancy to many of his lyrics, with their focus on love, hope and yearning.

It felt like we were in the presence of greatness. He was clearly preaching to the converted, even during lesser-known offerings. The crowd skewed older, with many children accompanying parents; my Dad's love of his work was a large part of why I was keen to see Kristofferson perform and the show was all the more powerful for that. Singing along was welcome. Mobile phones not so much, with one offender told in no uncertain terms to turn it off.

Scott Joss sang several songs, and played the fiddle, proving himself an impressive wingman. A member of the Strangers, Joss, along with Doug Colosio on keyboards and vocals and Jeff Ingraham on drums, played with Kristofferson this night; they're best known as Merle Haggard's back-up band.

Surprisingly, second up was Me and Bobby McGee, which Janis Joplin famously made her own; it was the track more likely to end the show or serve as an encore. 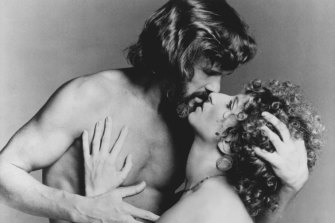 Kris Kristofferson and Barbra Streisand starred in the movie A Star Is Born in 1976.Credit:Warner Bros

Things livened up considerably in the second set, largely because Kristofferson delved into his grab bag of greatest hits. Help Me Make it Through the Night, For the Good Times and Sunday Morning Coming Down were highlights.

Simple lighting meant the focus remained on the band and the music. A purple hue towards the end lent a fittingly reverential dimension to the stage and its legendary performer.

There were some noticeable absences in the set list, namely Silver Tongued Devil and The Gambler, but when you’ve written so many hit songs that could well be unavoidable. While I wish I'd seen him in his heyday, it was a privilege to see such a great songwriter in the flesh. For the good times.

Related posts:
09/22/2019 Lifestyle Comments Off on Kristofferson helps us make it through the night
Recent Posts
We and our partners use cookies on this site to improve our service, perform analytics, personalize advertising, measure advertising performance, and remember website preferences.Ok