Five months after giving birth to a baby boy, Lauren Lane is opening up all about motherhood, her relationship with Chris Lane, what she learned from her time on ‘The Bachelor’ and much more.

Lauren Lane (nee Bushnell) is embracing every moment with her five-month-old son, Dutton. “I’ve heard a lot of moms talk about the 3-month fog that begins to lift past the three month mark, so that’s hit for us,” she told HollywoodLife EXCLUSIVELY while promoting her Women’s Sonoma Goods for Life x Lauren Lane clothing line at Kohl’s. “He started sleeping through the night, so I’m getting more sleep, and he’s starting to really show his personality. He’s very chatty and a bit strong-willed, too. It’s been really fun to see his personality bloom. I love being a mom. It’s true — it’s a love you never knew you could feel until having a child.”

The former reality star shares Dutton with her husband, Chris Lane, who she married in October 2019. Now that Dutton is nearing the six-month mark, the two have begun to discuss the possibility of adding more to their brood, as well. “If you would’ve asked me two months ago, I think me and Chris both would’ve been like, ‘Ooh, I don’t know, sorry, Dutty, you might be an only child,’” Lauren admitted. “But I think now, again, that we’ve kind of turned that corner we’re starting to get more of a routine. I grew up with three older siblings, so I definitely think it’s important for me to give him siblings. I just loved having siblings and they are my best friends. Hopefully we are blessed with another child because I think we both want another one.” 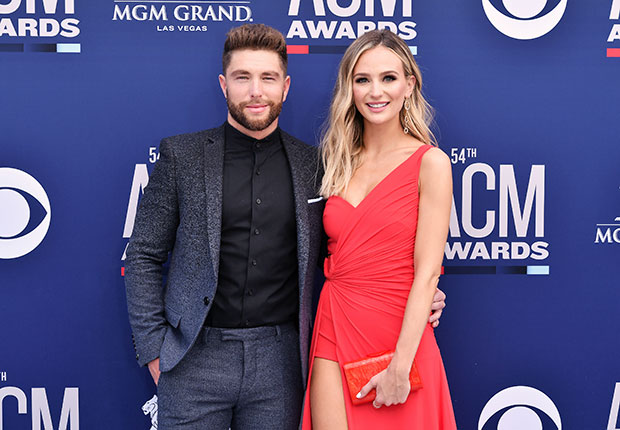 Since becoming parents, Lauren and Chris have had to learn to adapt to life with a newborn at home and Chris on the road as a country singer, which Lauren admitted is “challenging” for them — especially at bath time! Plus, as first time parents, they had the normal strains of getting used to a newborn. “When you have a newborn, you don’t really have time to focus on [the relationship] because you’re so focused on keeping this precious little human faed and taken care of,” Lauren explained. “This is our first baby and we were kind of a deer in headlights and didn’t know what to do, so there was some stress there, too. But now that Dutton is sleeping and he’s out of our room and he’s in his own room, we’ve been able to reconnect and spend more time together, so that’s been good. Chris is my best friend. I’m so happy and happy that we have that back so we can connect and date again.” 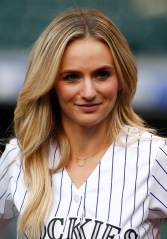 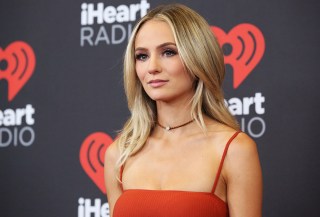 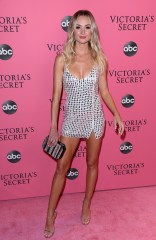 Long before Lauren and Chris were an item, though, the 31-year-old was known for being a contestant on The Bachelor. She even got engaged to Ben Higgins on the show, and they subsequently had their own reality show, Ben & Lauren: Happily Ever After?, before their 2017 breakup. However, that world is part of Lauren’s past, and reality television isn’t on her radar right now. “I feel like I’m in full mama-bear mode right now where I just want to protect Dutton,” she said. “I want him to grow up in as normal of an environment as possible. Not to say that you can’t have normal with cameras around, but I just kind of want him to be a kid and be able to play and have fun. I guess if something were to present itself where that would stay the case, then maybe. I guess never say never, but it’s definitely not something that I think about.”

Luckily, Lauren has found plenty of other ways to keep busy, especially with her new clothing line. “I love fashion,” she gushed. “I love all things Kohls, and when this came about, it was kind of an obvious yes for me. I love that Kohl’s is really attainable. A lot of our pieces are online, which is amazing. I was very involved from the very beginning from the design process. i was really able to get my hands on the entire process from start to finish, which was really fun.”