Five years ago, in an influential case involving limits around donations to political parties, the High Court of Australia proffered a convincing assessment of how money can drive powerful outcomes.

“Although there might be favours without payment and payment without favours, the basic human tendency towards reciprocity means that payments all too readily tend to result in favours,” the court said. 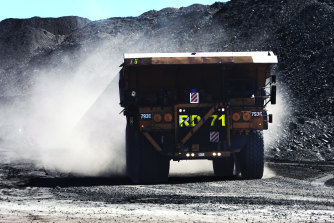 That phrase “all too readily” potently underscores just how vigorously this nation needs to guard against donors – businesses and individuals alike – who might seek to game politics for their own benefit.

Donors gain preferential access to politicians, and that garners them a degree of influence. Access and influence alone do not amount to corruption, but the point at which money comes to drive the decision-making is, as the High Court said, not always easy to discern.

Australia’s federal donations regime is hopelessly lax. There is no aggregate limit on donations and, as Victoria’s anti-corruption commission heard last year, donors often split their donations into smaller bundles to stay under the overly generous $14,300 federal reporting threshold.

The commission also heard that the Liberal Party in Victoria “by default” channels membership fees and other income, including donations, into a federal campaign account, effectively sidestepping the much tougher state donations laws.

It is past time to overhaul the wretched federal donations regime to ensure this nation has a robust, rigorously managed and effective system that tightly limits political donations and provides absolute transparency for the public.

Private patronage of politicians corrodes faith in the integrity of decision-making and increases cynicism about government and our public institutions. While there are inconsistencies from state to state, the federal regime is the weakest link.

The Centre for Public Integrity’s analysis of two decades of donations reported to the Australian Electoral Commission starkly illustrates how problematic donations can be. The list of top 10 donors in that period was dominated by mining companies that, by virtue of their business, rely on federal government approvals.

As well, the centre found some big companies that piously profess not to be making donations to politicians are instead funding millions of dollars to prominent politically charged industry campaigners, such as the Minerals Council of Australia and the Business Council of Australia. The centre also drew attention to the Construction, Forestry, Maritime, Mining and Energy Union, which in turn receives payments to undertake political campaigns.

Despite all this, last year Federal Parliament’s joint standing committee on electoral matters twice recommended against laws that would have tightened the federal regime governing political donations. The proposals were relatively straightforward, feasible, and in line with longstanding and widespread calls for increased transparency around political donations.

Although Greens members on the committee supported both bills, and Labor in principle at least supported lowering the threshold, it was all too hard for the Coalition members of the committee. Among other things, the Coalition majority contended such changes would place undue administrative burdens on the electoral commission, minor parties and independents.

There is a distinct apathy emanating from the federal government on this issue, a lack of diligence that reeks of self-preservation. Labor, too, should be vigorously seeking changes. Still, the buck gets passed year after year, inquiry after inquiry.

The concern about the potential for political donations to corrupt decision-making is serious, real and far-reaching. Transparency, integrity and vigilance are the bedrocks of good governance. But these noble principles must be fiercely defended and legislatively enforced if there is to be strong public confidence in the vital processes of government.