The Local Government Authority (LGA) released a report on Thursday showing 46% of councils in England and Wales experienced disruptions to their bin collection services in July. 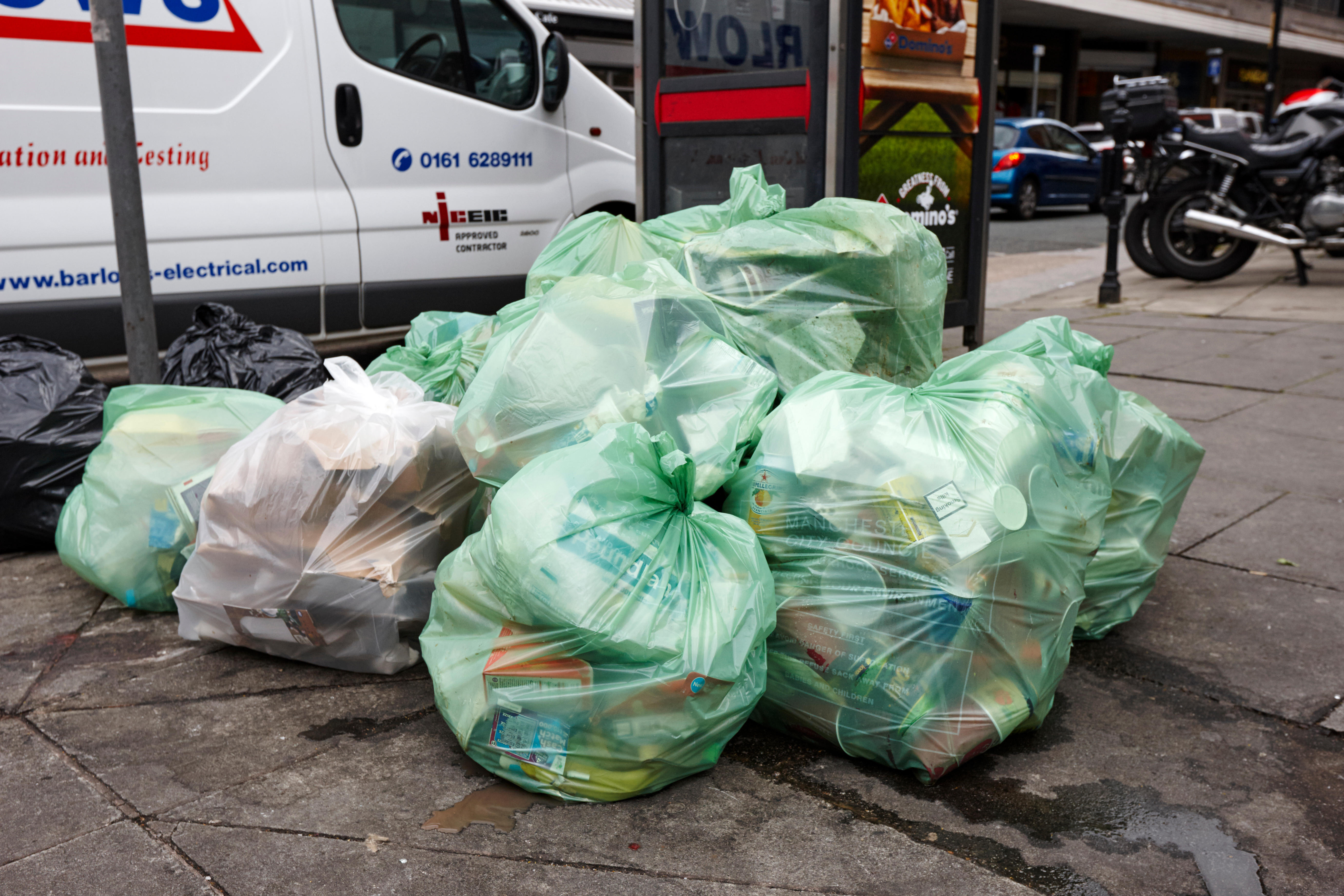 Meanwhile, at least 18 councils across the UK are said to be still experiencing disruptions as of Friday.

Experts estimate the nation faces a huge shortfall of 100,000 drivers.

The shortage is causing supply chain issues to several industries, leaving supermarket shelves empty and forcing many restaurants, takeaways and coffee shops to take items off the menu.

It has been blamed on a range of factors such as staff self-isolating due to Covid and European drivers returning home after Brexit.

The pandemic has also brought DVLA testing centres to a standstill, creating a huge backlog of drivers waiting to take their HGV test, it is said.

Here are the 18 councils who are currently experiencing bin collection delays:

It comes as three local authorities in Devon have written to Priti Patel to express their concern about the "deficit" of staff in waste and recycling divisions across the country.

"This equates to approximately 20% of the HGV workforce in driver vacancies and it is proving very challenging to fill this resourcing gap given the dynamics of this labour market."

The letter said councils are developing academies to train HGV drivers as well as trying to retain staff by offering extra pay.

It added: "We therefore believe that HGV drivers should be recognised as an important shortage occupation with a two-year derogation to the points-based immigration rules for trained HGV drivers – allowing councils, as well as others across the economy, sufficient access to a wider pool of drivers while we recruit and train the next generation of HGV drivers."

It comes as Basildon Council warned residents in Laindon, Essex, that pink sack rubbish collection had been suspended due to "operational issues".

People were advised to take their rubbish indoors "until further notice".

Darling, leader of Torbay District Council, told BBC Breakfast on Friday: "We're asking if the Government can put a waiver in place to allow EU drivers to come in to play in the market for HGV drivers."

Asked about the impact of the coronavirus pandemic, he added: "It's a lethal cocktail, there have been delays in many people having their HGV tests because of the stopping of that."

Councillor Philip Bialyk, leader of Exeter City Council, also warned of the "possibility" of delays to collection services in the area.

Waste company Biffa said the effects of the national HGV driver shortage "have been widely felt" across the sector but it is "working hard to recruit new drivers".

Government officials are working closely with the DVLA to increase the number of tests taking place and have vowed to streamline the process.

They have also increased funding for apprentices to get more workers into the industry but want to ensure the UK is less reliant on overseas drivers.

An LGA spokesperson said: "While most councils have been able to keep services running, some are having to reduce services such as green waste collection.

"These issues are partly due to the problems with a shortage of HGV drivers, which are affecting other parts of the economy as well."

Councillor David Renard, chair of the LGA’s Environment, Economy, Housing & Transport Board, added that most of the services are running as normal but green waste collection has been largely affected.

“Councils are keen to work with Government and partners to support more training for these demand sectors, however this is a lengthy process and does not alleviate the short term pressures on frontline services," he added.

"Fast inflating HGV driver salaries in the private sector risks exacerbating issues in the public sector, with the rises potentially creating a retention as well as a recruitment problem for councils and their contractors."

Elsewhere, we explain in detail what is causing food shortages and supply chain issues.

We've also put together a full list of the shops and restaurants that have been hit by shortages.

Join The Sun's Keep On Trucking campaign to help recruit tens of thousands of HGV drivers needed to beat the delivery crisis.