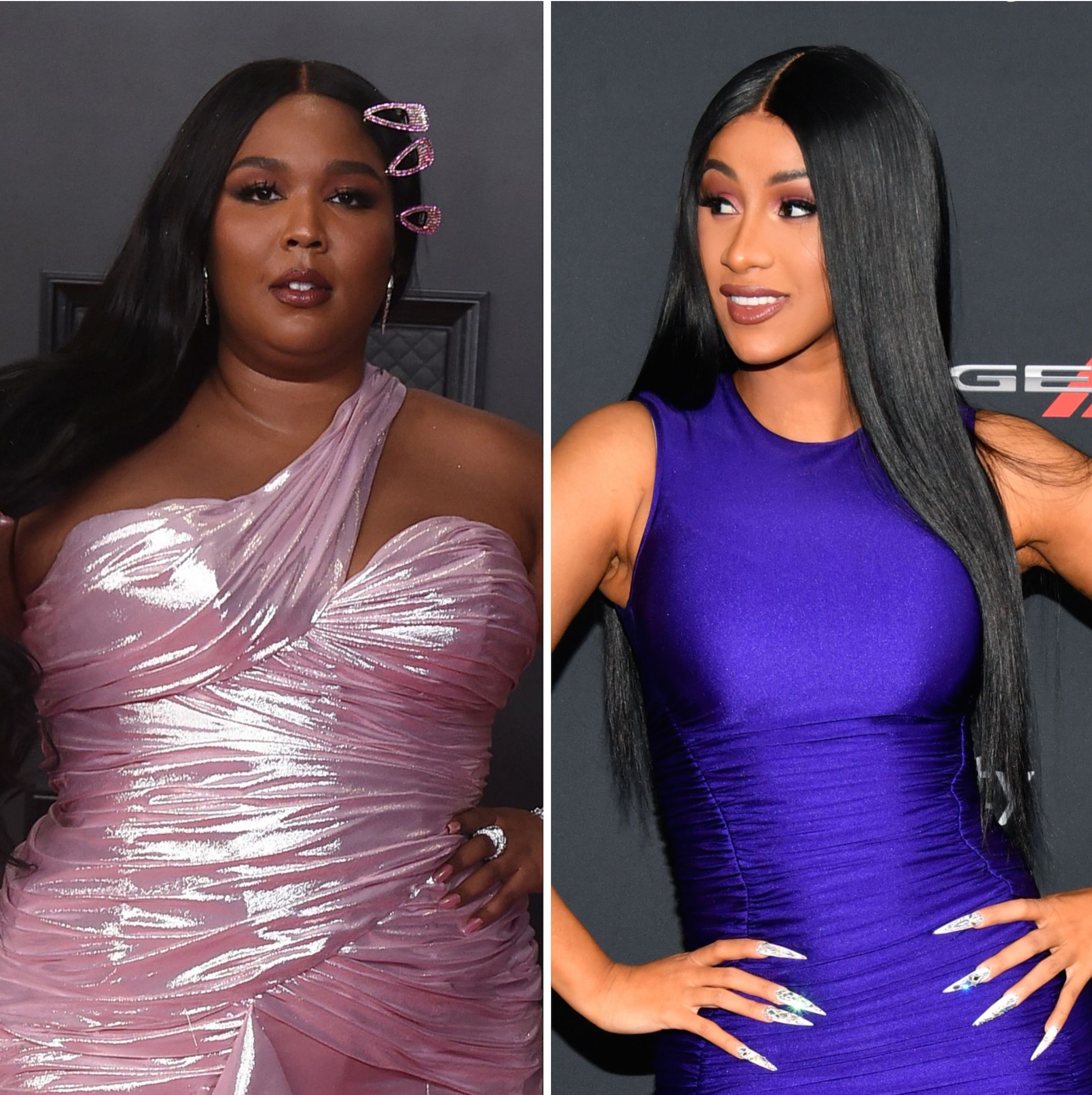 Women standing together! Hours after Lizzo broke down in tears via an Instagram Live on Sunday, August 15, Cardi B came to her defense.

Following the release of the pair’s “Rumors” collaboration, Lizzo, 33, shared an emotional video taken from a bathroom, revealing the painful responses she’d received.

Stars Who’ve Hit Back Against Body-Shamers

“On the days when I should feel the happiest, it just … I feel so down,” the “Juice” rapper said while tearing up. “Sometimes I feel like the world just don’t love me back. It’s like it doesn’t matter how much positive energy you put into the world, you’re still gonna have people who have something mean to say about you.”

She went on to explain that while she usually is able to ignore the hate, she has been putting in so much time at work that she doesn’t have enough time with family or friends and was feeling down.

“I just think when I’m working this hard, my tolerance gets lower, my patience gets lower, and I’m more sensitive,” the Michigan native added. “I just feel like I’m seeing negativity directed toward me in the most weirdest way. People are saying s–t about me that just doesn’t even make sense.”

“If you don’t like my music, cool. If you don’t like ‘Rumors’ the song, cool. But a lot of people don’t like me because of the way that I look,” the Hustlers actress said. “I make music that I like, that’s important to me. And I make music that I hope helps people, period. I’m not making music for white people, I’m not making music for anybody. I’m a Black woman making music. I make Black music, period. I’m not serving anyone but myself. Everyone is invited to a Lizzo show, to a Lizzo song, to this good energy.”‘

Celebrity Charity: Stars Who Use Their Influence to Give Back

She also took to Twitter following the remarks to add, “Loving yourself in a world that don’t love u back takes an incredible amount of self awareness & a bulls–t detector that can see through ass backwards societal standards… If u managed to love yourself today I’m proud of u. If u haven’t, I’m still proud of u. This s–ts hard.”

In addition to the fans who showed their love and support for the rapper, collaborator Cardi, 28, came to Lizzo’s defense.

“When you stand up for yourself they claim your problematic & sensitive. When you don’t they tear you apart until you crying like this,” the “WAP” rapper tweeted on Sunday. “Whether you skinny, big, plastic, they going to always try to put their insecurities on you. Remember these are nerds looking at the popular table.”

She later added, “Rumors is doing great. Stop trying to say the song is flopping to dismiss a woman emotions on bullying or acting like they need sympathy. The song is top 10 on all platforms. Body shaming and callin her mammy is mean & racist as f–k.”

From Lil Wayne to Lil Uzi Vert, A Guide to the Most Popular ‘Lil’ Rappers

Cardi wasn’t the only star to speak out following Lizzo’s video. Singer Chloe Bailey defended the three-time Grammy winner, tweeting, “I’m so proud of you @lizzo people are gonna talk, but you have power in your voice. thank you for inspiring me.”

Octavia Spencer also rallied behind the “Truth Hurts” singer. “@Lizzo you’re loved everyday,” the Oscar winner tweeted. “Never seek approval from the world because there will always be those waiting to tear you down. Self love is foundational and only you can build it.”

08/16/2021 Lifestyle Comments Off on Lizzo Cries Over Racist, Body-Shaming Comments — and Cardi B Responds
Recent Posts