Laughing it off. Pete Davidson broke his silence about his feud with Kanye West for the first time during a standup comedy set — and he didn’t hold back.

The Saturday Night Live star, 28, took the stage at the Netflix is a Joke Festival on Friday, April 29, in Los Angeles, and he dove right into addressing the elephant in the room.

Davidson, who started dating Kim Kardashian in fall 2021, explained that he had an “AIDS scare,” an audience member at the Fonda Theatre tells Us Weekly. The New York native assured the audience that he wasn’t concerned that he had AIDS, but he alleged West, 44, spread a rumor that he suffered from acquired immunodeficiency syndrome.

The King of Staten Island star went to a famous friend for advice. “John Mulaney said, ‘He said you have AIDS? You should said say he has polio,’” Davidson recalled. 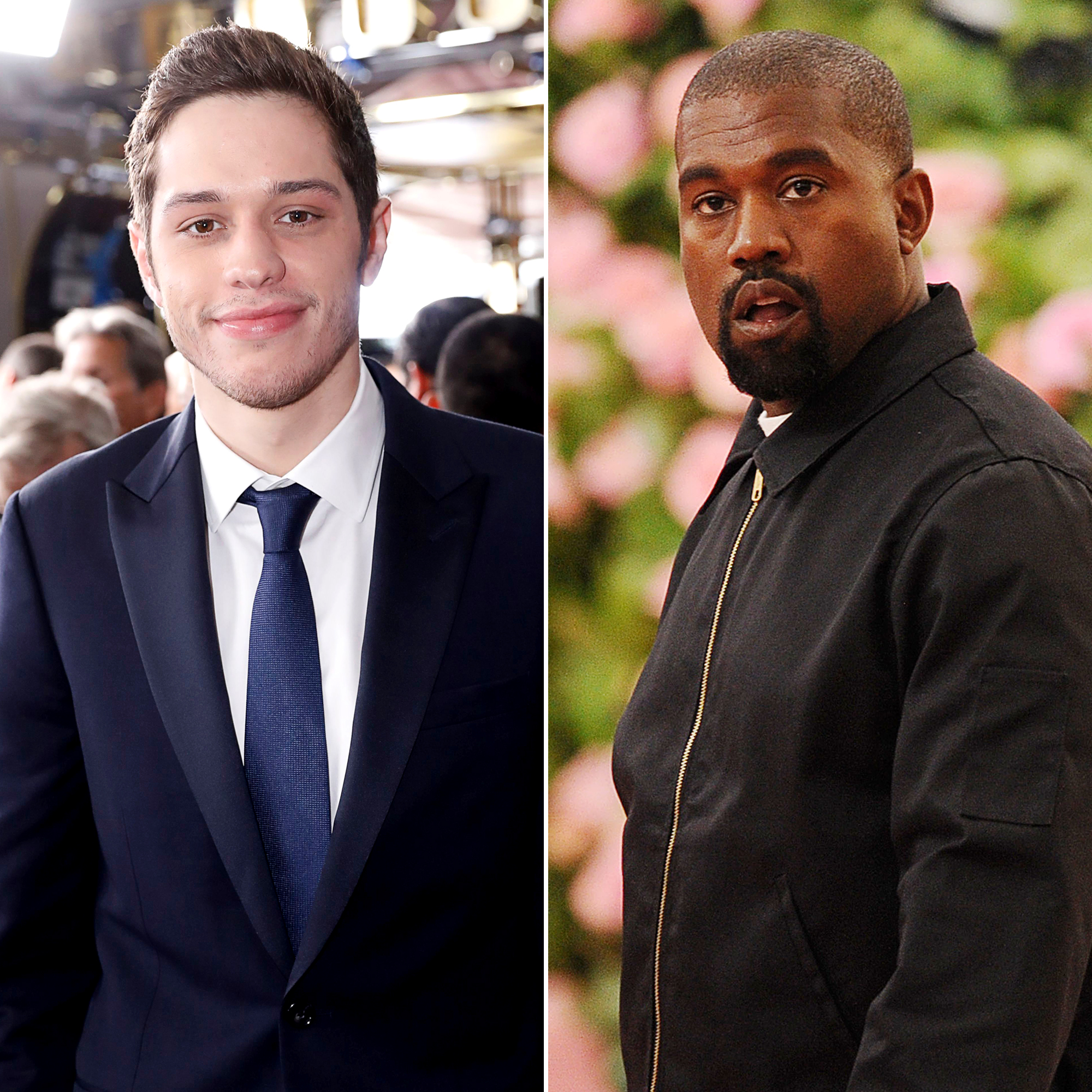 In January, TMZ reported that the “Power” rapper was “allegedly telling friends Pete Davidson’s suffering with AIDS,” and he even called their mutual friends to try and convince them that he was struggling with the condition. West’s reps denied the report, calling it “nonsense” at the time.

The beginning of the year was when West started to take his feud with Davidson public. The same month, West called out Davidson by name in his track “Eazy” with The Game.  “God saved me from the crash just so I can beat Pete Davidson’s ass,” the performer said in the song. In March, a video followed which showed West brutally killing the comic.

In his April 29 show, Davidson joked that since he, Chris Rock and Jon Stewart attended a Knicks game together in December 2021, he’d been beheaded in West’s video and Rock was famously slapped by Will Smith at the Oscars. “Jon Stewart, you’re next!” Davidson jokingly warned.

The Suicide Squad actor also addressed friends, such as Jack Harlow, working with West. Davidson explained that collaborations between musicians didn’t bother him at all — but he’d be concerned if comedians like Bill Burr were teaming up with him.

The Yeezy designer attempted to get Michael Che to quit SNL over his feud with Davidson. “@chethinks I’LL DOUBLE WHATEVER THEY PAYING YOU JUST SO YOU DONT HAVE TO LOOK AT THAT PAWN EVER AGAIN BIG LOVE,” West wrote via Instagram in February.

The Weekend Update cohost, 38, responded with his own handwritten message. “Sorry Ye, but I would never betray my friends,” the New York native wrote on one page of a legal pad. The next paper jokingly revealed he wouldn’t leave, “for anything less than TRIPLE salary. That’s right, $90k per year!”

Che continued, “Full medical. Full dental. Four weeks vacay. Corner office. Plus, a pair of Red Octobers. Size 12. And you gotta make some beats for my band, The Slap Butts. And you gotta tell me what you’re gonna wear to work the night before so we can look like twins. You do that for me, and I’ll Rambo that whole building.”

Kanye West’s Feuds Through the Years: From Pete Davidson to Peppa Pig

The comic has remained behind the Weekend Update desk.

Davidson refrained from mentioning his girlfriend during his set. Kardashian, 41, filed for divorce from West in February 2021 after nearly seven years of marriage. The KKW Beauty founder, who shares children North, 8, Saint, 6, Chicago, 4 and Psalm, 2, with her ex, was declared legally single last month.