Taking to his Instagram Stories on Monday, the rocker shared videos of his face gushing with blood – after he smashed a wine glass over his head during his latest “Mainstream Sellout” tour stop over the weekend.

He then gave fans a closer look at the bloodied gash, saying, “They didn’t tell you I went back to the stadium at 5 am and tried to sleep in the middle of the field LMAO,” referencing the FirstEnergy Stadium where he performed.

Other footage from the concert showed fans cheering as the hitmaker declared, “I’m rich, bitch!” – before chugging a glass of wine and smashing the glass.

MGK, whose real name is Colson Baker, also told the crowd that he would be fined $70,000 for each additional 10 minutes the show goes on. 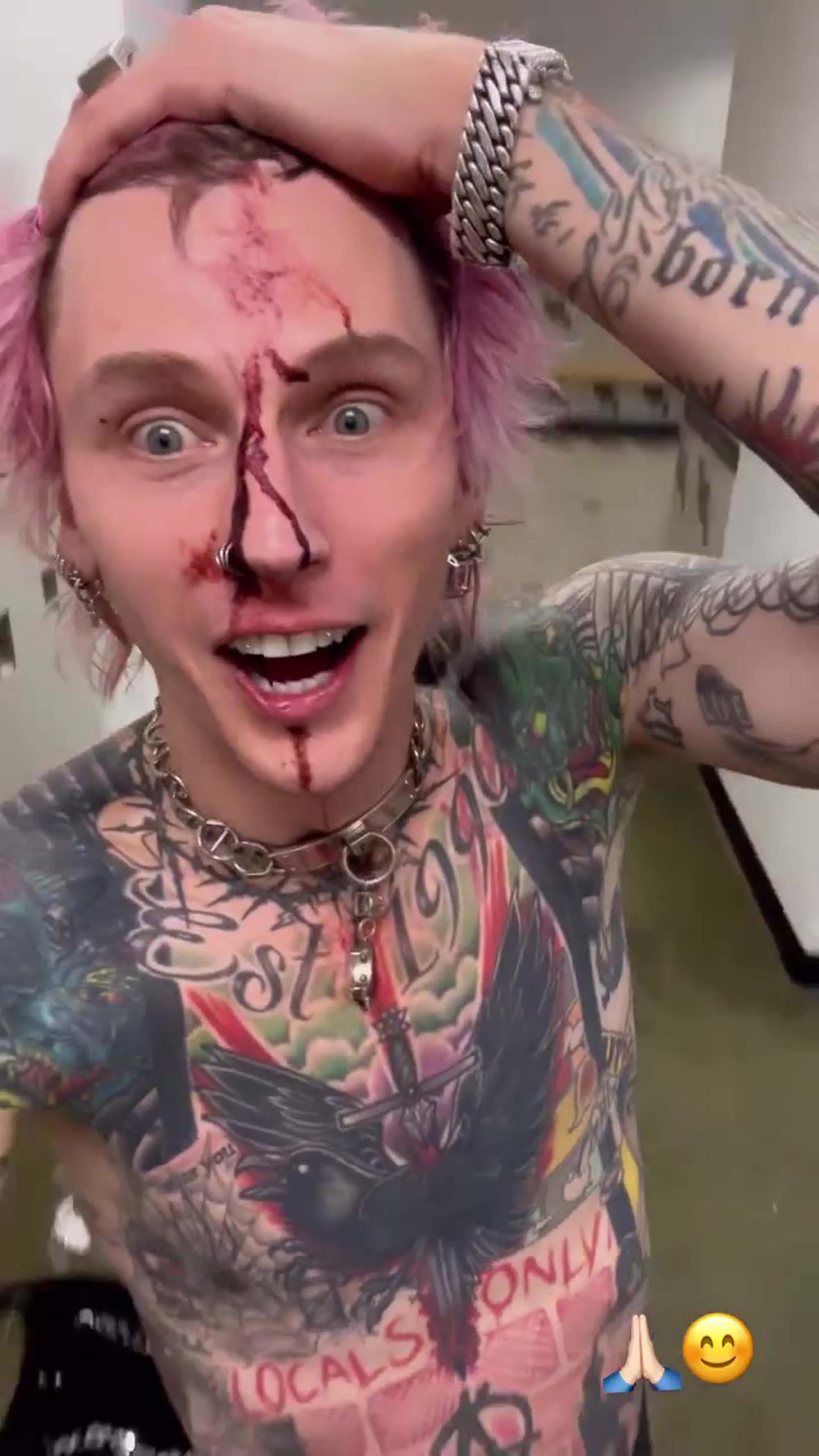 “You know what I say to that? ‘I’m not stopping this show for s–t. I’m rich, bitch,’” he yelled as the crowd erupted into applause.

Elsewhere in the show, the Cleveland native zip lined the entire length of the stadium. 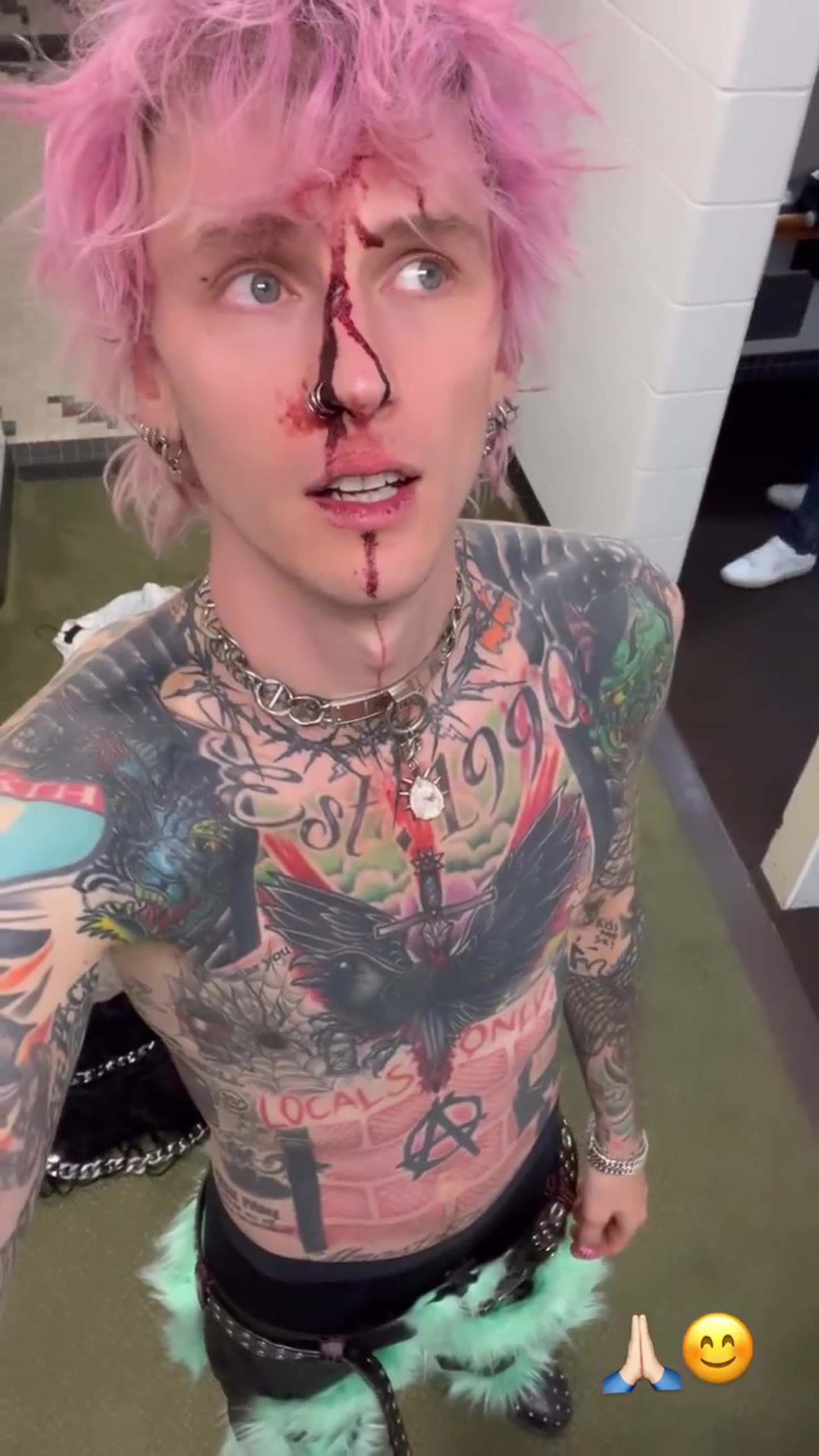 “It was his idea and was executed in less than 24 hours,” a source close to the musician told Page Six earlier this week.

“The zip line was erected that day to take him from the top of the Browns’ stadium across 50,000 fans to the opposite side of the field.” 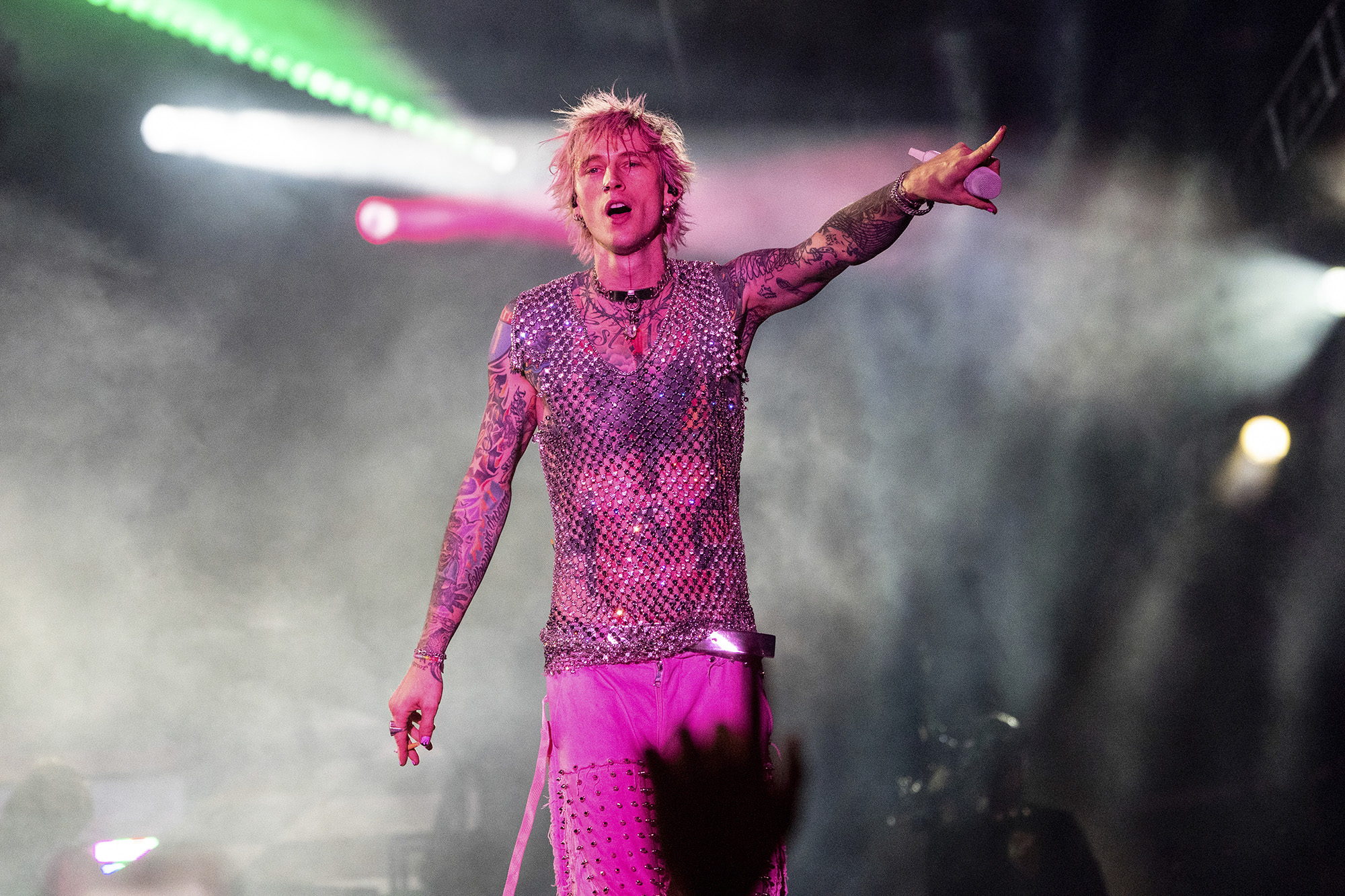 The source added, “He announced to the audience that up until a few hours before the show he was told it couldn’t be done. It was a thrilling moment from any angle as you can see from the many videos circulating.”

Later taking to Instagram on Sunday, the singer captioned a video of the wild stunt, “til i die.”