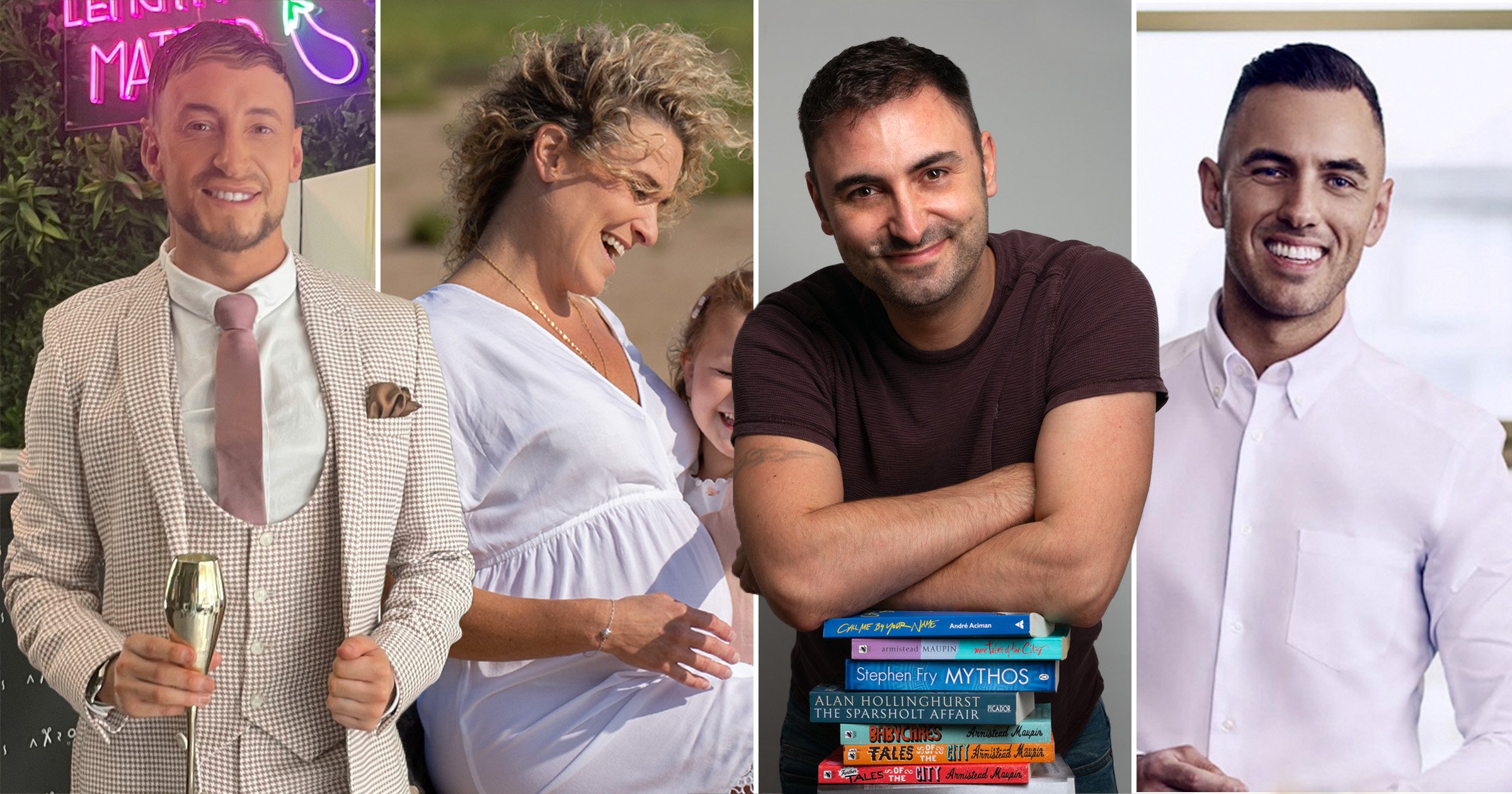 Little did Drew Cockton know when he launched the LGBTQ+ Business Awards — sponsored by Liverpool FC — that before long he would be on his sitting room floor surrounded by hundreds of nominations.

From 18-year-old sole traders to high-profile, well-established companies, it seemed as though everyone wanted to put someone forward for recognition for going above and beyond in the service of the community.

‘It’s gone really well,’ laughs Drew, understatement being the name of the game here, ‘and there’s been a real buzz on social media. I’ve just been overwhelmed with how positive everyone has been. Straight businesses in particular have been so keen to show their support.’

All of which means, of course, that picking the winners is going to be tricky, especially when most of the nominees have done such good work. But then that’s the job of the judges, a big-hitting group that includes Juergen Maier, the former CEO of Siemens, Carl Austin-Behan, the former Lord Mayor of Manchester, and Dame Angela Eagle MP.

And the task of rewarding the right people is only going to get harder. ‘This is just the pilot,’ says Drew. ‘Next year we’re going to take the awards across the North and then we’re going to go national in 2023.’

In the meantime, let’s meet just some of the contenders who will be hoping for the best at the inaugural LGBTQ+ Business Awards on Friday, October 22.

‘I was a bit of a naughty boy as a teenager,’ says Aaron, now owner of a hairdressing salon with 13 staff. ‘And it all ended up in court.’

But he was given a last chance by a social worker who saw how creative he was and enrolled him in hairdressing school. The rest, as they say, is history. Finding that his style of doing things was different from everyone else’s, he decided to set up his own business and is now pleased as punch to be recognised for having made it.

‘We’re quite apprenticeship-based,’ he says, ‘so it’s great to show the young people coming to us that, no matter what your background, this is what you can achieve.’ Then, with a laugh, ‘And I think I’d look pretty half-decent with that plaque in my hand.’

‘Everyone deserves a fair chance in life, no matter where you live or the community you grow up in,’ says Daniel Hughes of ThisGeneration PR.

‘We want to make sure deprived young people are given opportunities to reach their full potential.’ Which is why the agency he set up is working with insurance giants on LGBT+ inclusion, with footballers such as Trent Alexander-Arnold and Conor Coady helping to launch a social mobility crusade and on the campaign to get a defibrillator in every school in the country.

‘That is just a snapshot of the work we at ThisGeneration have put in over the last few months but this really is just the beginning.’

Microbiologist Erika Tranfield set up Pride Angel to tackle the problem of LGBTQ+ would-be parents getting in touch with donors. ‘It acts a bit like a dating site,’ she explains, ‘so the difference between us and a fertility clinic is that you get to meet someone face to face.’

As a mother who’s about to give birth herself (and we mean any minute) she knows how the process works as she’s used it to have both her children.

But perhaps the most amazing thing about Pride Angel — and yes, Erika would dearly like to win that award — is that it’s non-profit-making, run to help people in the same position Erika found herself in with no idea of making money from it.

It takes courage to open a bookshop — never mind that it’s a community bookshop — when received wisdom is bookshops are over… and in a pandemic! Step forward Matthew Cornford. ‘We’d been online for a year but decided to open the shop in Manchester’s Northern Quarter on the Friday of Pride…’

By the end of the weekend, Queer Lit had sold 25% of all their stock, nearly 2,000 books. ‘We have a huge range of trans books so that part of the community have really been able to come in, sit in a corner, and go through a stack of books,’ he says.

When Liam Hanlon first set out to do something positive about inclusivity in the construction company he works for, he was nervous.

‘We’re outside the community,’ he explains, ‘but wanted to be part of the solution but didn’t know how.’ When he started looking into how to make his company more inclusive, he found that even huge companies were struggling.

‘Ford had a programme in America called Listening, so we looked to that as a template. Now we’ve remodelled it and we’re in the process of pushing it out to the business community to use.’

So, how does that nomination feel? ‘It’s great to get nominated because I believe in equality and inclusion. People have a thing about labels but for me it’s just about humanity.’

‘It all started when I was struggling with my mental health,’ says Kiera Lawlor-Skillen of The Feel Good Club, which she started online with her wife Aimie.

‘Then, during the pandemic, we opened a physical space that’s based around making connections.’ With every type of person coming through the doors — old, young, queer, non-queer — the idea was to find activities people could bond over: spoken-word events, drawing, book clubs, ‘anything that’s about making people feel good’.

And does this nomination matter? ‘My God, yes. To be recognised as a business doing things for the community — in our first year — is amazing!’

And the other nominees…

How to get your Metro newspaper fix

Metro newspaper is still available for you to pick up every weekday morning or you can download our app for all your favourite news, features, puzzles… and the exclusive evening edition!