Victoria’s fire management authority has burned more than 2000 hectares of public land at risk of bushfires in an effort to protect homes, roads and critical infrastructure this summer. 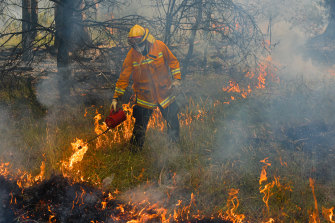 While fire authorities are predicting a “normal to below normal” bushfire season, Chief Fire Officer Chris Hardman said there was still a risk of fast-running grass fires, particularly in the state’s north-west.

He said higher than average rainfall in the state's east, the Otway Ranges and in Central Victoria had reduced the risk of significant bushfires in those regions because forests are "wetter and less available to burn".

But he warmed Victoria remains "ones of the most bushfire-prone areas anywhere in the world".

"It just takes a week of 40 degree temperatures and strong winds to build a recipe for disaster," Mr Hardman said

With less than a month until the start of summer, Energy, Environment and Climate Change Minister Lily D’Ambrosio revealed new details about the state government's bushfire preparedness including a $500 million investment announced in the May budget. 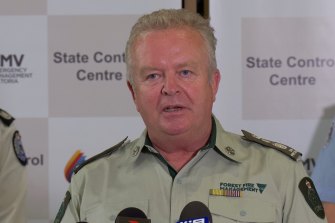 More than 300 new firefighters have been recruited since last fire season creating a firefighting workforce more 1000 firefighters ready to tackle blazes across the state.

Mr Hardman said fire authorities had "weighed up the risk" and recruited 600 seasonal firefighters, fewer than in previous seasons, due to the reduced risk.

"If this was a much drier lead in to the season we would have even more seasonal firefighters."

Last financial year Forest Fire Management Victoria completed 470 burns covering more than 133,000 hectares of public land, but the agency has struggled to meet its burn targets in recent years due to the changing climate conditions and the pandemic.

Since July 1, the state's land management agency has conducted 49 burns covering more than 2000 hectares across the state with a focus on "precision burning" near homes, catchments, power supplies, schools, hospitals and key transport routes.

Ms D’Ambrosio moved to reassure Victorians the government had worked to reduce the fuel load in high-risk areas as well as boost personnel that are "ready to go this summer".

"Every window of opportunity right across the year…we are out there reducing the bushfire risk," Ms D'Ambrosio said. 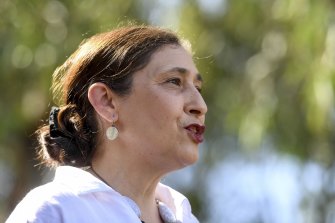 "Victorians can be assured that we continue to use every single day as an opportunity to reduce bushfire risk."

Mr Hardman said the agency looks for opportunities to conduct planned burns 365-days-a-year with a focus on burns that protect lives and livelihood.

Mr Hardman said every one of the state’s accredited firefighter was double vaccinated, but he said fire chiefs had contingency plans to bring in additional staff if there is an outbreak of COVID-19 this summer.