Single mother reveals she’s been left in £25,000 of debt after ‘cowboy builder’ abandoned her home extensions halfway through, leaving her without a ROOF for ten months

A single mother-of-two broke down in tears as she explained how she was left with £25,000 of debt and a half-built house after ‘cowboy builders’ abandoned her home extensions.

Nicola, a hairdresser from Leeds, explained on on Building Nightmares: House of Horrors which airs tonight on ITV, that she paid a builder £15,000 in February to build the extension after he had told her it would be done in six weeks and cost £17,500.

She explained she took a bank loan of £20,000, which added up to £25,000 with interests to cover the works, but that the relationship with the builder broke down when he asked for more funds and she refused to pay without seeing receipts first. 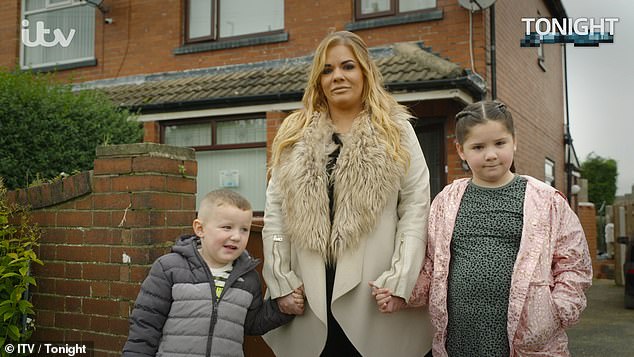 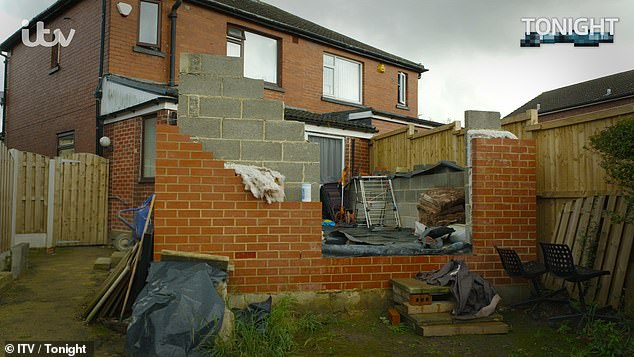 Only half the extension was built before Nicola refused to pay more, which led to a breaking down of communications between the mother-of-two and the builder

As the extensions never got planning permission, she had to pay an architect to re-design the plans adding more to her debt.

‘If the planning fails, I’ll have to take it down, so obviously, I paid £25,000 for nothing,’ Nicola explained on the programme, which airs tonight at 7.30pm.

‘I have to pay it every months,’ she added.

‘I don’t like the kids seeing me upset but it’s hard not to get upset when you got to look at it everyday,’ she said. 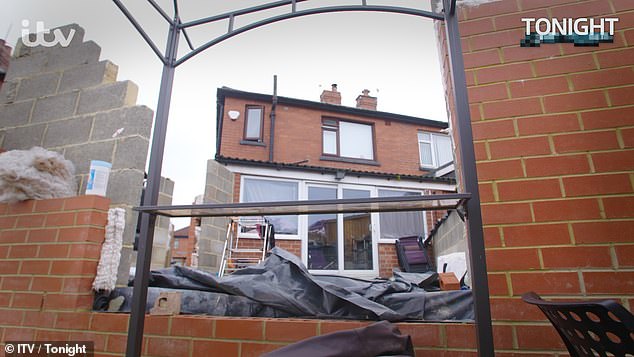 A chartered building engineer called the builder a ‘cowboy,’ saying he made many mistakes regarding the extension 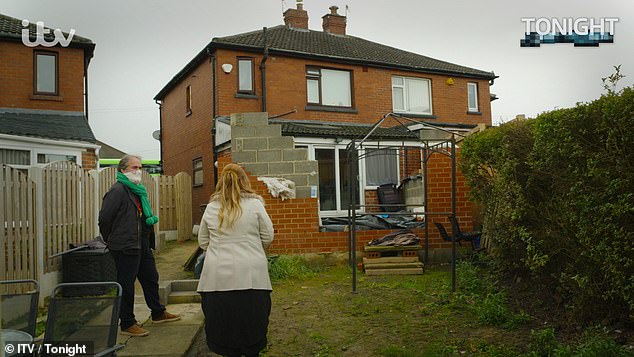 Nicola said she did not want to look upset in front of her kids, but that it was hard not to get upset when she had to look at the botched extension every day

Speaking of what drove her to go for a house extension in the first place, Nicola, said: ‘I’ve not been very well so I decided it was easier to work from home. I thought it be easier if I had a bit more room,

‘I trusted someone when I probably shouldn’t have. It’s just a nightmare from start to finish,’ she said.

After spending £15,000 and seeing no real improvement to the build, Nicola requested to see receipts when the builder asked her for more money. 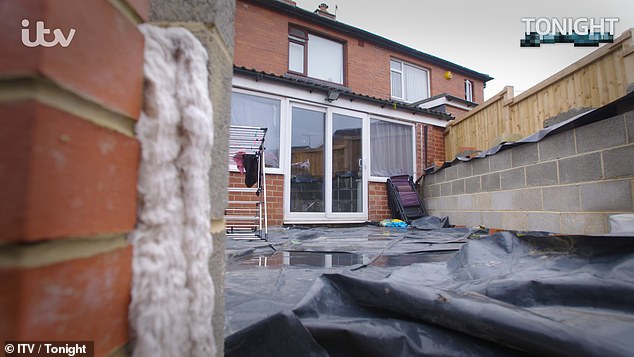 Nicola broke down as she said she was worried she had forked out £25,000 for nothing, having to pay up the loan each month

‘I started to wonder, with it not being nearly finished, where the money has gone. I questioned him,’ she said.

‘He didn’t know what to say, he wouldn’t turn up with the receipts,’

‘And I just don’t know where he is now,’ she added.

The builder vanished when the relationship broke down, and Nicola has been left with an unfinished extension. 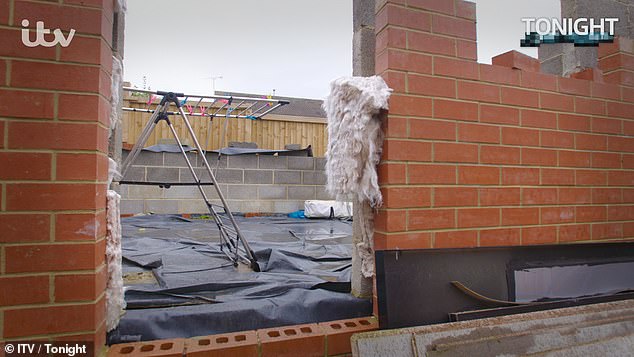 Nicola also explained that the extension failed planning permission because it was too big and ‘unsightly’.

She added that the builder had told her he had ‘looked into’ planning permission and that it was ‘fine to do.’

However, when speaking to ITV that the builder claimed Nicola had told him she’d take care of the planning permission.

He added that Nicola had told her she would look after the planning permission and that she simply refused when he asked for further payment. 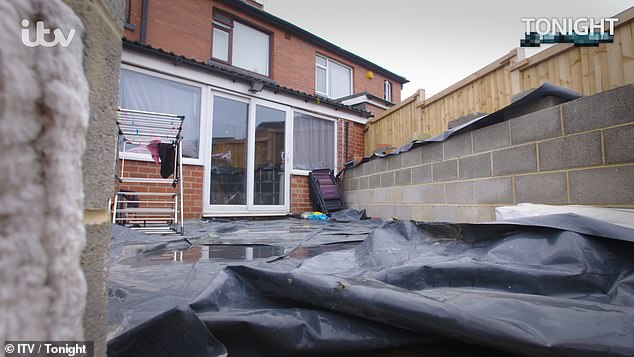 The roofless extension had remained unfinished for ten months since works began in February, Nicola revealed

Later in the programme, a disheartened Nicola welcomed the visit of a designer who pointed out the issues with the existing half-built extension.

Don Waterworth, a chartered building engineer, called the builder a ‘cowboy’ and said there were issues with the mortar, insulation, floors and other details used to make the extension.

He said that the work that had been done so far was worth half the price Nicola had paid, amounting to just £7,000, but noted it would be pricey to fix the issues the mistakes the building had made created.

‘He has made many mistakes, basic errors, which will be costly to make good,’ she said.

He also said the builder should take responsibility regarding the issue with planning permission.

‘She might never have another extension built, she doesn’t know these things. He knows best, he does this for a living. He does it every day of the week, so he knows what’s necessary.’

The businessman has taken upon himself to help householders who have been ripped off in his area.

He said he hoped to raise £50,000 to pay for material to fix Nicola’s extension and to offer help to others households where poor quality work had been completed or abandoned.

11/19/2020 Lifestyle Comments Off on Mother tears up as she reveals half built extension cost her £25,000
Recent Posts