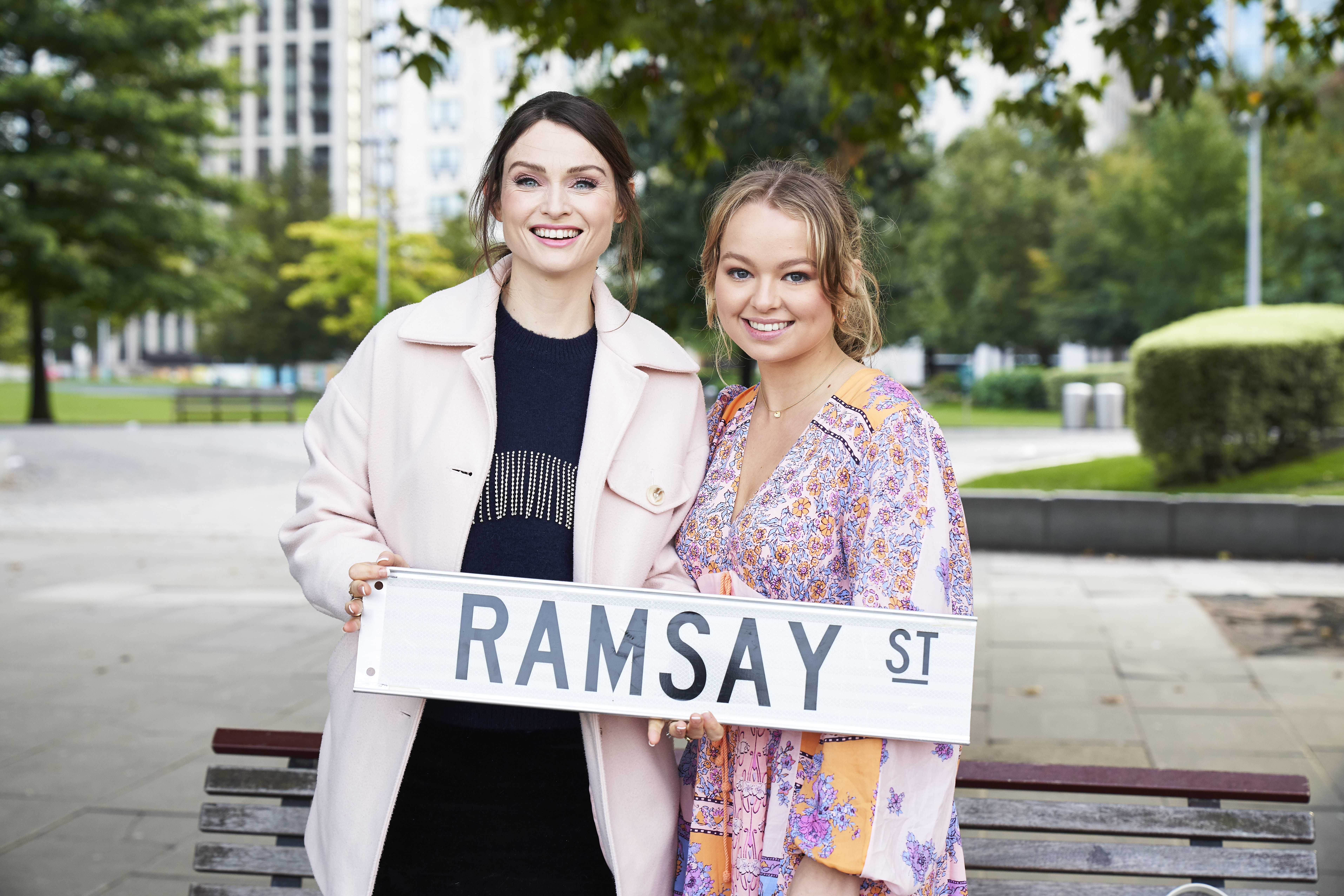 Neighbours has unveiled a first look at Sophie Ellis-Bextor filming her upcoming cameo.

It was confirmed earlier this week that Sophie, 41, will guest star in the Australian soap as part of an upcoming storyline, which sees Harlow Robinson (Jemma Donovan) head to London to reconnect with her aunt Harriet (Amanda Holden).

The Murder On The Dancefloor hitmaker has now filmed her cameo appearance, working on set at The Queens Walk, a scenic stretch along the southbank of the River Thames at the foot of iconic London landmark, The London Eye.

Harlow, played by Jemma Donovan, is taken by surprise when the singer provides some pearls of wisdom around some of her late mother Prue’s (Denise Van Outen) actions.

Prue, as viewers will know, met her demise during Neighbours’ explosive 35th anniversary week in March 2020.

Filming in London wrapped earlier this week and viewers will be able to see Sophie’s scenes next Spring in both the UK and Australia.

‘Neighbours was a huge part of my school days,’ said Sophie, after being cast in the show. ‘We all watched it, loved it, talked about it.

‘Thanks to everyone from the cast and crew for being so lovely. I loved it!’

In addition to Sophie, Neighbours’ London storyline will also feature an appearance from Amanda Holden, who will play Harlow’s aunt Harriet.

The Britain’s Got Talent judge was delighted to film scenes with Jemma in London, revealing that she ‘grew up’ watching Neighbours ‘in the later 80’s/early 90’s.’

‘To now have the opportunity to be a part of such an iconic Australian show is simply fabulous!,’ she said. ‘I can’t wait to work with Jemma in London, this feels like a joyous occasion for everyone.’