PARIS — François Perret, the star of the Netflix series “The Chef in a Truck,” is bringing his sweet treats to a wider audience with the opening of a street-facing pastry shop at the Ritz hotel in Paris next month.

“The pressure’s on,” said Perret, wearing a white chef’s jacket and a surgical face mask, as he surveyed construction work at Ritz Paris Le Comptoir, the gourmet boutique with a white-and-peach interior that is due to open its doors on June 7 at 38 Rue Cambon, a stone’s throw from the historic Chanel flagship.

It marks the first permanent retail outpost for Perret, who joins a thriving and competitive landscape that includes local stars such as Pierre Hermé, Cédric Grolet and Christophe Michalak. “I’ve been wanting to do this for a while, but it was a question of finding the right time, the right place and the right approach. I think that now, everything is aligned,” he said.

The 2021 Oscars: See All the Red Carpet Fashion Looks

His new venture marks a change of approach: everything has been designed to be eaten on the go, from the flaky millefeuille, which comes in a practical finger shape, to his latest innovation: milk-based drinks blended with ground biscuit or cake. The so-called “boissons pâtissières” come in three flavors, include a vegan option using oat milk.

“This is a city for strolling, and a country famous for its pastry, so why not make a cake-based drink? That way you can have your cake as you walk,” he said of the concoction, which is like a couture version of a brownie milkshake. “It makes the Ritz more accessible. Paper cups and straws are unusual for this house.” 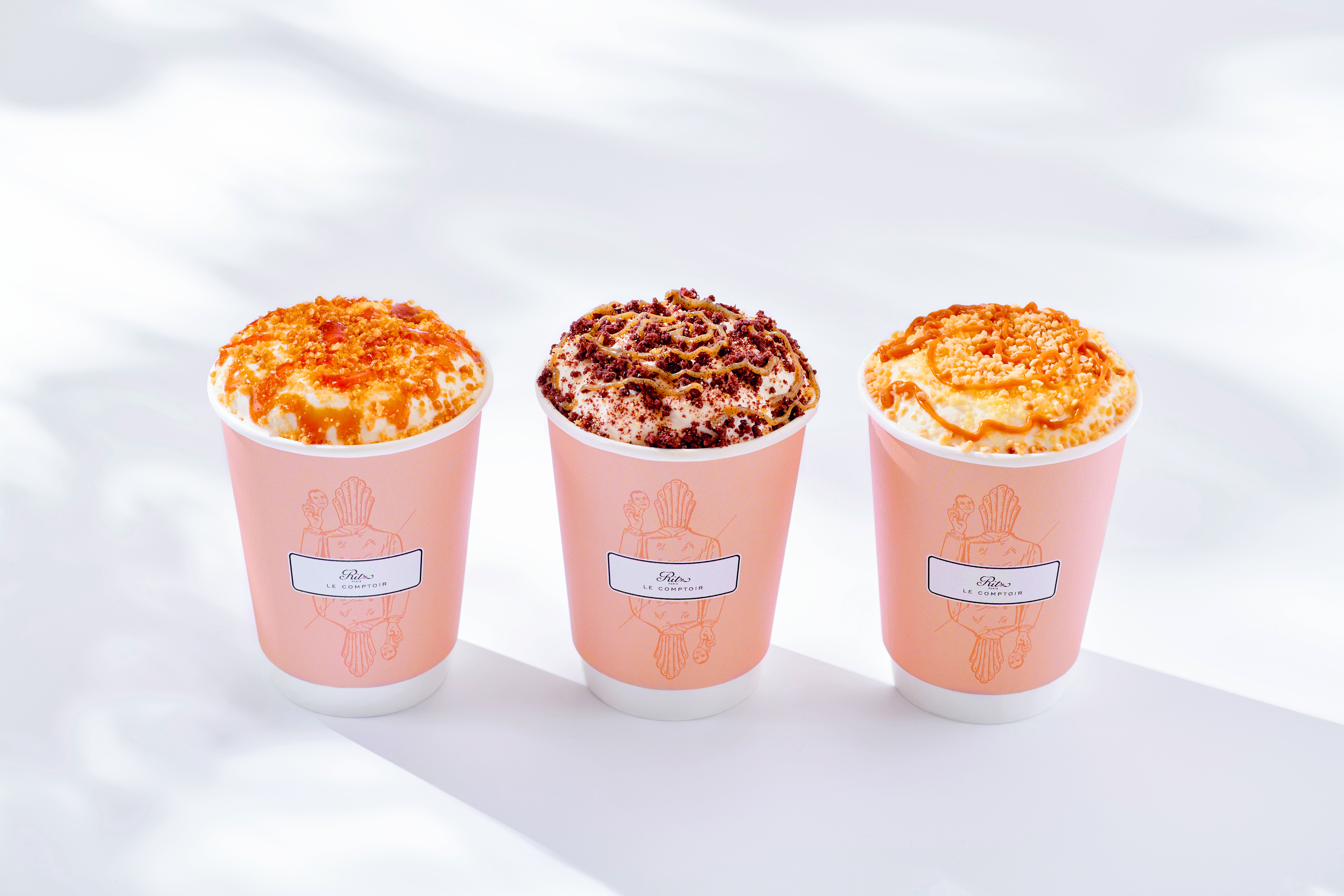 Though the hotel was closed from March until August last year due to the coronavirus pandemic, the pace hasn’t let up for the chef and his team. During the first lockdown, they dedicated one day a week to baking cakes for hospital staff, while Perret also posted regular cooking videos for his 277,000 followers on Instagram.

To coincide with the release of “The Chef in a Truck” last June, he opened a pop-up at the entrance of the Ritz with offerings including his French take on American specialties like cheesecake and s’mores — think chocolate ice cream wrapped in a layer of crunchy chocolate and marshmallow, then caramelized with a blowtorch.

The recipes grew out of his experience meeting local producers and restaurateurs in Los Angeles as he prepared to set up a pop-up food truck. A related book, “The Chef in a Truck: Travels From the Ritz to the Open Road with an Award-Winning Pastry Chef,” is scheduled for publication this fall.

Perret has also been developing the menu for Le Comptoir, which is designed to make the Ritz more accessible to locals at a time when tourists remain scarce in the French capital. While afternoon tea at the Salon Proust would ordinarily set you back at least 68 euros, a croissant here will cost just 3 euros.

“The idea is that people can take away a little piece of the Ritz to enjoy at home,” Perret explained. “In a way, we wanted to give back the Ritz to Paris and its people.”

Indeed, the hotel may be familiar to many working in the busy neighboring business and shopping districts, but it remains inaccessible to most — and it doesn’t get more exclusive than the Windsor Suite, with its breathtaking view on Place Vendôme, where Perret organized a private tasting of some of his new creations for WWD. 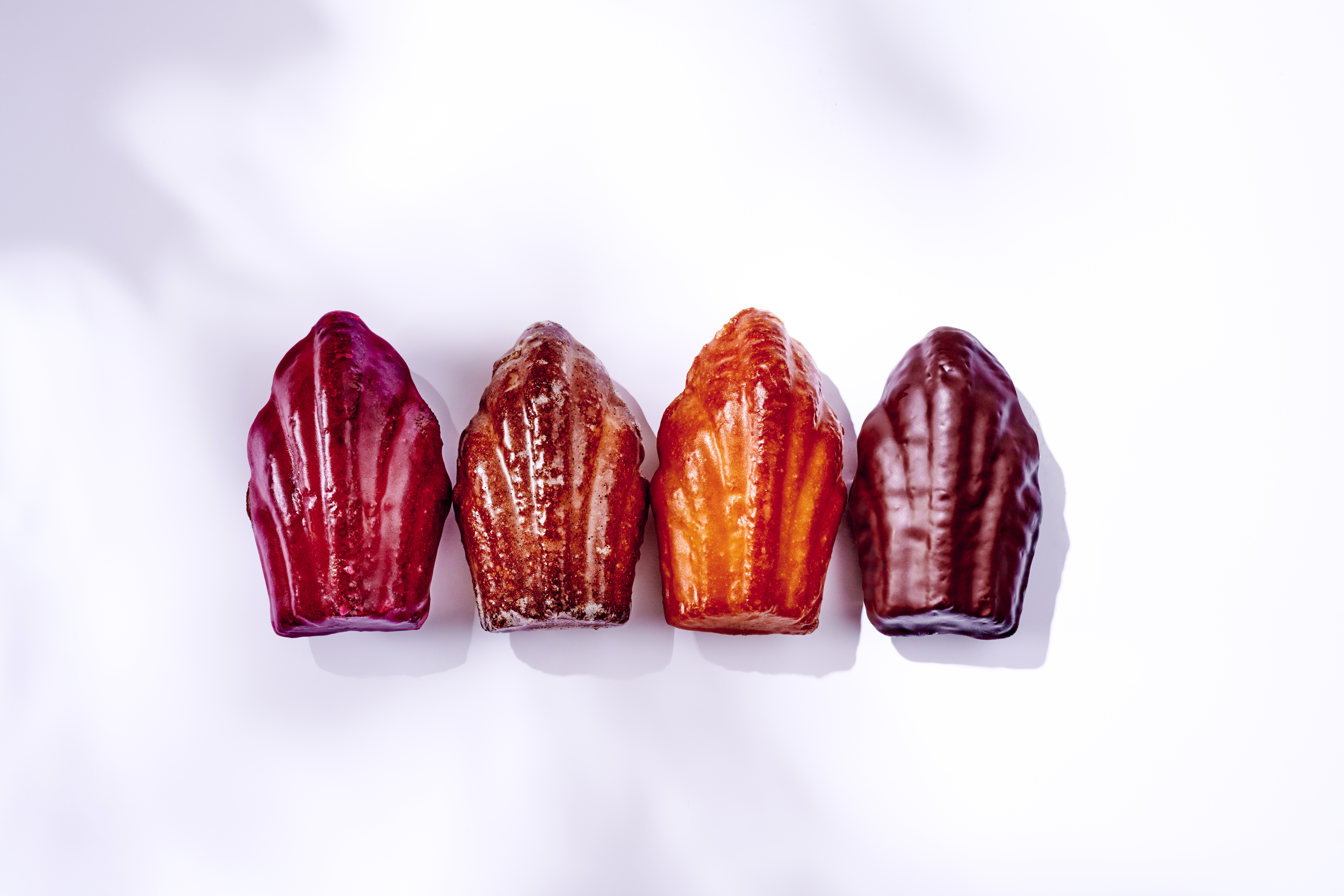 Le Comptoir’s star product is the madeleine, the small shell-shaped sponge cake that author Marcel Proust elevated into a metaphor for vivid memories of childhood.

Perret’s come in seven flavors, including chocolate, raspberry, passion fruit and salted caramel, with distinctive colorful glazes and fillings. The cakes can be stored for five days at room temperature, making them perfect for gifting.

“The little madeleines were quite a challenge for us, because the idea is that they keep, which is completely the opposite of what we do usually,” Perret said. “This is a cake that’s designed to travel, that you can take across the Atlantic — in fact, I hope people do.”

They are available to buy individually, at 3.20 euros apiece, or in boxes of five, eight or 12, priced from 19 euros to 40 euros — the peach packaging charmingly illustrated with drawings of the hotel’s founder César Ritz, his legendary chef Auguste Escoffier, and Perret himself, signaling his new role as public ambassador of the hotel.

“I love the graphic design because it’s fun and playful, and they put a drawing of me on the box. It’s quite something to be pictured next to Escoffier,” said the pastry chef, raising his eyebrows.

A tall man with an understated sense of humor, Perret is savvy when it comes to his public image. Earlier that day, he climbed up the winding staircase to the top of the Vendôme Column and took a picture of a madeleine juxtaposed with the Eiffel Tower.

“Some people are uncomfortable with social media and TV, but I think it’s hyper important because I want people to eat my products. For people to know they exist, you have to communicate,” he reasoned. “The documentary has definitely had an impact. It’s boosted me and motivated me to go even further.”

Everything about Le Comptoir has been designed to be welcoming, including the fact that the entrance is on Rue Cambon, rather than the more imposing Place Vendôme, home to the city’s top jewelers. “We’re very much aware that the Ritz can be a little intimidating for some people,” Perret said.

Likewise, his creations are designed to appeal to the greatest number. While Hermé has called Perret’s more upscale take on the madeleine, served in the restaurants and tea room at the Ritz, a “masterpiece,” the chef usually likes to focus on no more than two or three star ingredients in each recipe.

“A cake has to be understandable,” he said. “When you eat a cake, you don’t think. Your palate does the thinking. It has to pop in the mouth. To achieve that, you have to keep it simple. Some people don’t know when to stop — they make cakes with seven different flavors in them. I can’t stand that.” 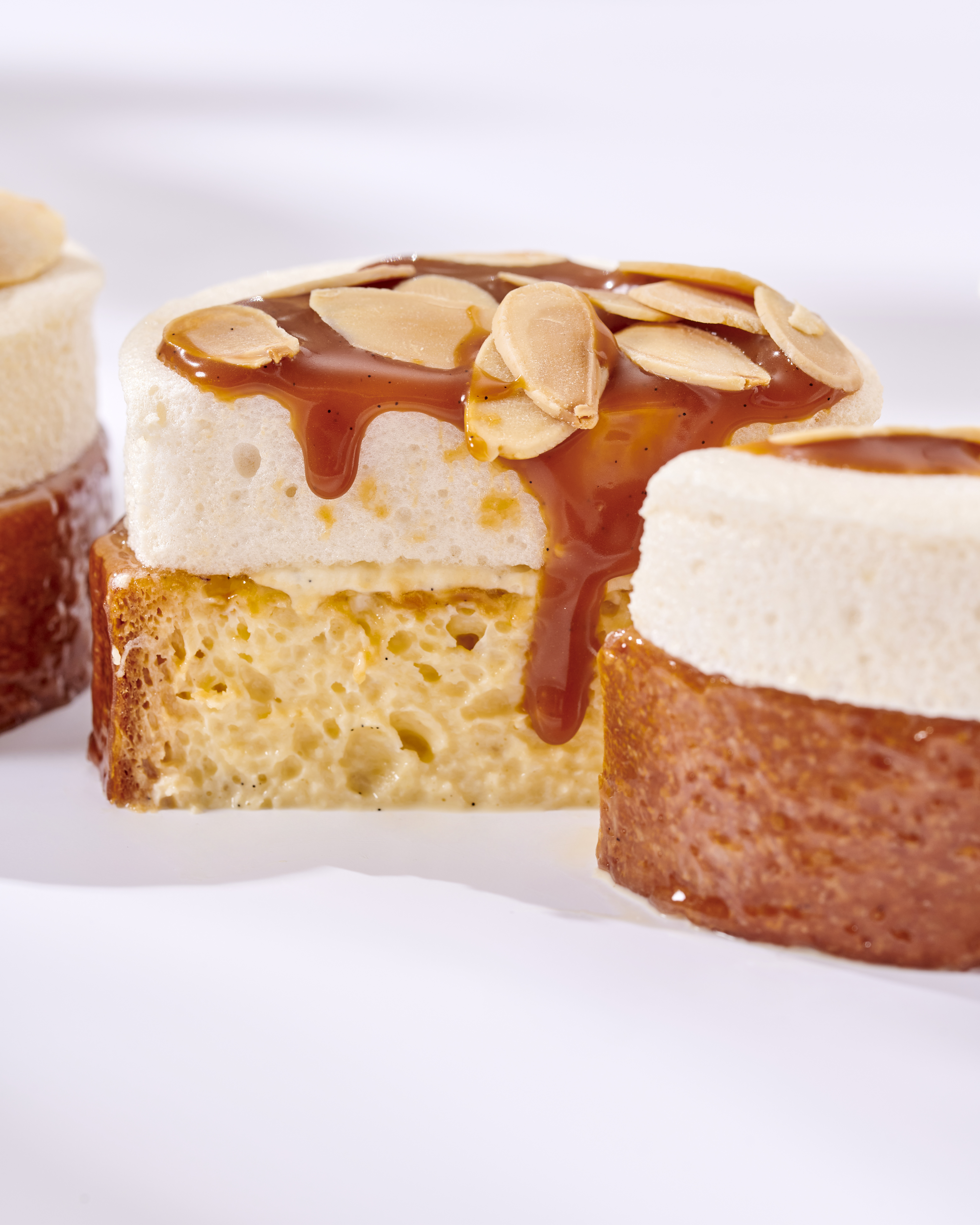 He’s particularly excited about his latest creation, the “brioche au lait en neige”: French toast topped with egg white mousse, caramel sauce and toasted almonds. “That’s what I call a cake,” he said, displaying a luscious image of the dessert on his phone.

As restaurants nationwide remain closed, and the hotel struggles to fill more than a smattering of its 142 rooms and suites, this food venture promises to be a valuable new revenue stream, and one the Ritz hopes to export to other countries eventually.

“I feel lucky to work for a house that despite this difficult period has decided to invest and prepare the future, rather than freeze everything. It has decided to write a new chapter of its history and take a risk by opening up to the street,” Perret said. “It’s a whole new experience.”