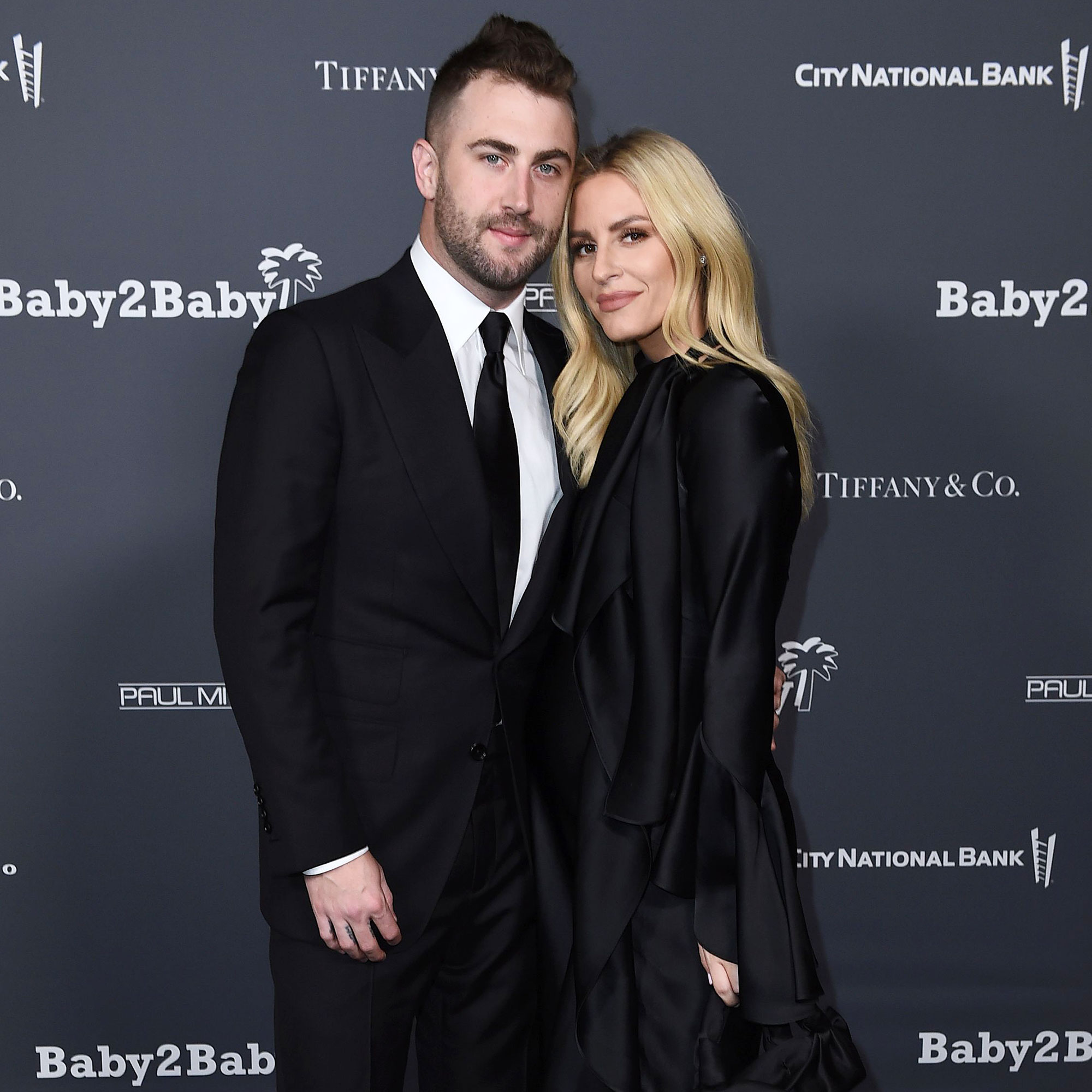 Four’s a crowd. Morgan Stewart revealed her husband, Jordan McGraw, got a vasectomy after the couple welcomed two babies in just under one year.

“No more babies,” the Rich Kids of Beverly Hills alum, 34, revealed during the Monday, June 13, episode of E!’s Nightly Pop, her first taping after returning from maternity leave. “I want to say this here. Vasectomy has happened. We didn’t f–k around.”

As cohosts Nina Parker and Hunter March pressed for more details about the procedure, Stewart reassured viewers that the operation was over in the blink of an eye. “It was 10 minutes. It was no big deal,” she explained. “Men are such f–king babies. I pushed out two humans in four minutes and he was like, ‘I have to shave what?’ And I was like, ‘Are you kidding?’”

“Who would’ve thought you could fit so many perfect moments into one year? Thank you for making our first so incredible, @morganstewart,” the “We Should Still Be Friends” crooner gushed via Instagram in December 2021 while celebrating the duo’s wedding anniversary. “I’m still not sure how I got so lucky. With you, I know that each of our next will be more special than the last forever. I love you!”

Son Grey arrived two months later, and the mother of two is pivoting her career to cherish more time with her little ones. Stewart announced on Monday that she plans to leave her hosting gig on Daily Pop, though she will continue appearing on the late-night version.

“It was a very hard decision,” the California native said. “But this time I was pregnant for so long, I want to enjoy the mornings with my babies while they’re still babies.”

The TV personality added that it was “honestly unbelievable” how quickly her family expanded, teasing, “I just still cannot believe I wake up and there’s two human beings, one that looks like me and one that does not look like me at all.”

Shortly after becoming a family of four, Jordan praised his wife on Mother’s Day, uploading a sweet shot of Stewart playing with Row and Grey. “I get to watch her be mom forever. 😍,” he gushed in May.