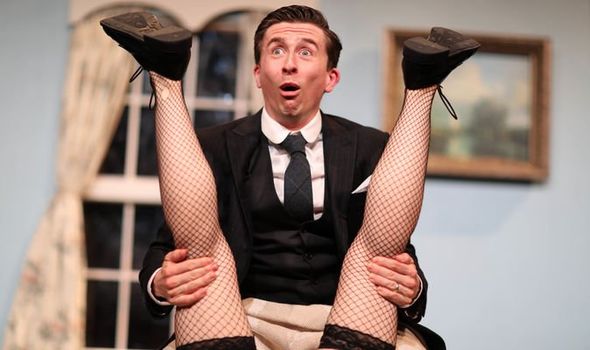 Acquitted of all charges, Penguin Books proceeded with publication and the book flew off the shelves faster than Connie Chatterley’s underwear. It is not hard to parody Lady Chatterley’s Lover. The story of an incendiary affair between a gamekeeper and the Lady of the Manor is the stuff of cliche but to do it well enough to have audiences screaming with laughter takes some talent.

The Happy Idiot theatre company has this talent in spades.

A thorough knowledge of the book (of which there are three different versions) grounds this raucous, saucy and confident touring show in the rich comedy earth, allowing the four actors space for theatrical squibs, scripted or not.

Writer Lawrence Russell (who also plays Clifford Chatterley) fillets the text without destroying the narrative and makes a few additions, including the showgirl’s legs grafted onto his war-damaged torso that, he is advised, may take on a life of their own.

The resulting physical comedy is adroit and puts an extra spin on the dialogue that lies somewhere in the no man’s  land between Carry On films and Blackadder (the final series).

Replete with bad taste jokes, pink balloons deployed as private parts and a little touch of panto in the performances, this is rude and comfortably outrageous.

Give the servants a night off and go.