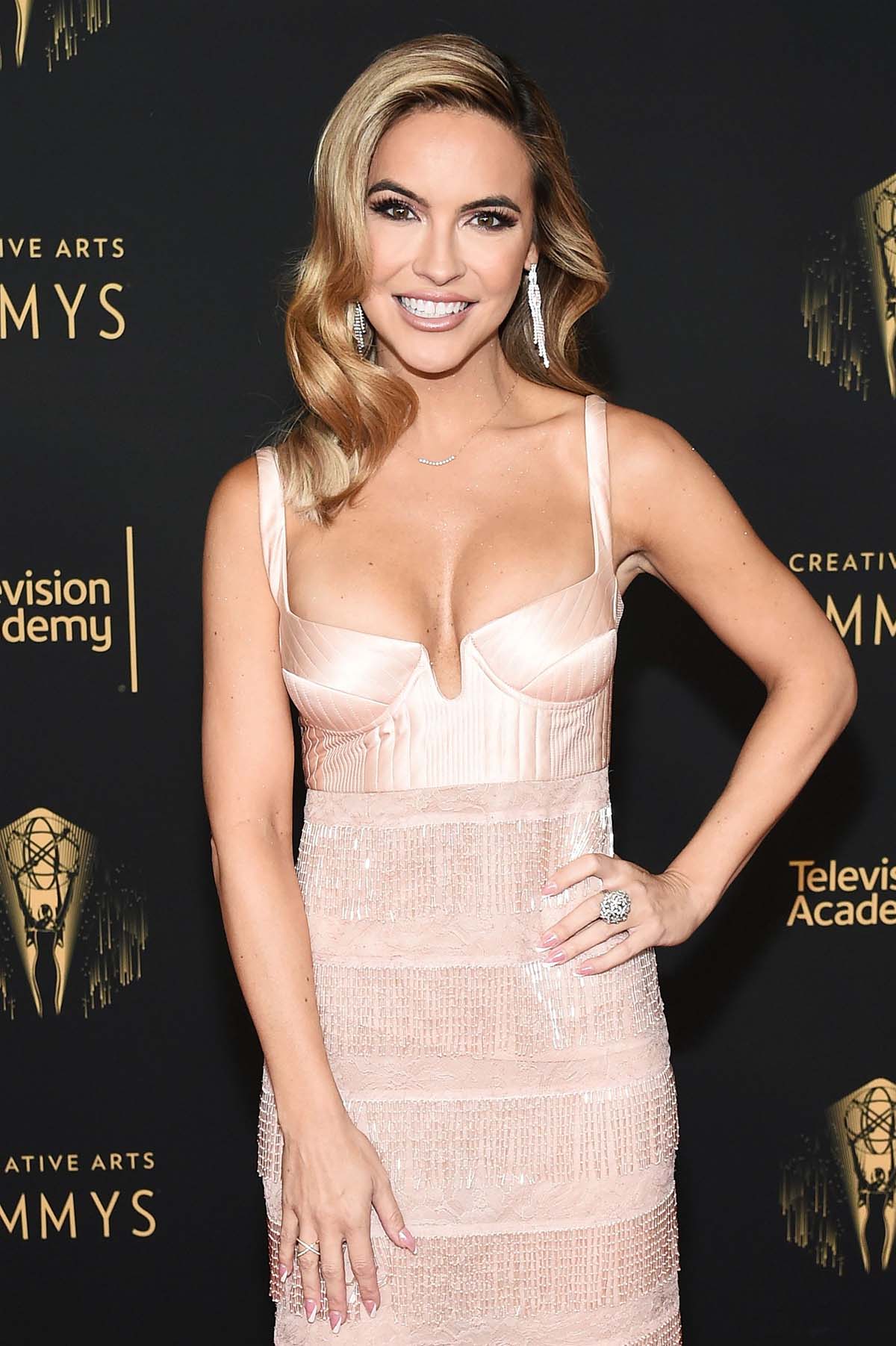 A small mistake! While promoting the release of her film Staged Killer, Chrishell Stause had to erase a major detail from the project’s poster.

Justin Hartley and Chrishell Stause: The Way They Were

After a fan questioned why Stause, 40, superimposed her last name on the movie’s poster, the Selling Sunset star replied via an Instagram Story screenshot on Monday, January 1, writing, “My last name was different when I filmed this so I just fixed it myself. Too late to fix old promo materials or how I was already credited in the film. All good!”

The original poster credits Stause as “Chrishell Hartley,” the name she used when she was previously married to Justin Hartley. The 2019 thriller, which was recently released three years after filming wrapped, also has Lindsay Korman listed as a writer under the name “Lindsay Hartley,” according to IMDB. Korman, 43, and Hartley, 44, were married from 2004 until 2012 and share 17-year-old daughter Isabella.

Following his divorce from his Passions costar, the This Is Us star moved on with Stause after a mutual friend introduced them in 2013. The duo got engaged in August 2016 and they tied the knot less than one year later. Us confirmed in November 2019 that Hartley filed for divorce from Stause after two years of marriage.

“I found out because he text[ed] me that we were filed. Forty-five minutes later, the world knew,” she emotionally claimed during a season 3 episode of the Netflix series. “Because of the crazy way in which this went down, people want answers, and I f—king want answers. I know people are saying we were only married two years, but it’s like, we were together for six years.”

The real estate agent moved on with Keo Motsepe after they met on season 29 of Dancing With the Stars in 2020. Five months after her split from Motsepe, 32, Stause made headlines when she went public with boss Jason Oppenheim in July 2021.

Their romance didn’t last long, however. Days after they wrapped filming season 5 of Selling Sunset, Us confirmed that they split after five months. The broker, 44, addressed the breakup that same day, noting that they “have different wants regarding a family.”

Everything Chrishell Stause Said About Having Kids Before Jason Oppenheim Split

“While Chrishell and I are no longer together, we remain best friends we will always love and support one another. She was the most amazing girlfriend I’ve ever had, and it was the happiest and most fulfilling relationship of my life,” he wrote via his Instagram Story in December 2021. “Chrishell is an exceptional human being and loving her and having her in my life is one of the best things that has ever happened to me.”

Stause, meanwhile, thanked Oppenheim for being “consistently” honest with her as they ended their “incredible relationship.”

“Jason was and is my best friend, and other than our ideas for family ultimately not being aligned, the amount of respect and love we have for each other will not change going forward,” the All My Children alum wrote in her own Instagram post at the time. “Although my initial reaction to a private situation was to not speak on it, sometimes it’s easier to just live transparently because we only get one chance at this life. I very much hope to one day have a family and decisions I make at this point are with that goal in mind. Thank you for the kindness and support to those that understand.”

Hartley, for his part, has moved on with former costar Sofia Pernas. A source confirmed in May 2021 that they had a “super intimate” wedding ceremony after a whirlwind romance.

“It’s incredible when you’re not forcing things. It doesn’t have to be that hard,” he detailed to Haute Living in December 2021 of his marriage to Pernas, 32. “You just meet the right person and you just go, ‘Oh, this is amazing. It’s just so wonderful!’ You’re so attracted and so attached to this person. You just love this person so much.”