A source tells E! News the 22-year-old daughter of Michael Jackson and her now ex-boyfriend are still evaluating the future of their folk music band, The Sunflowers. 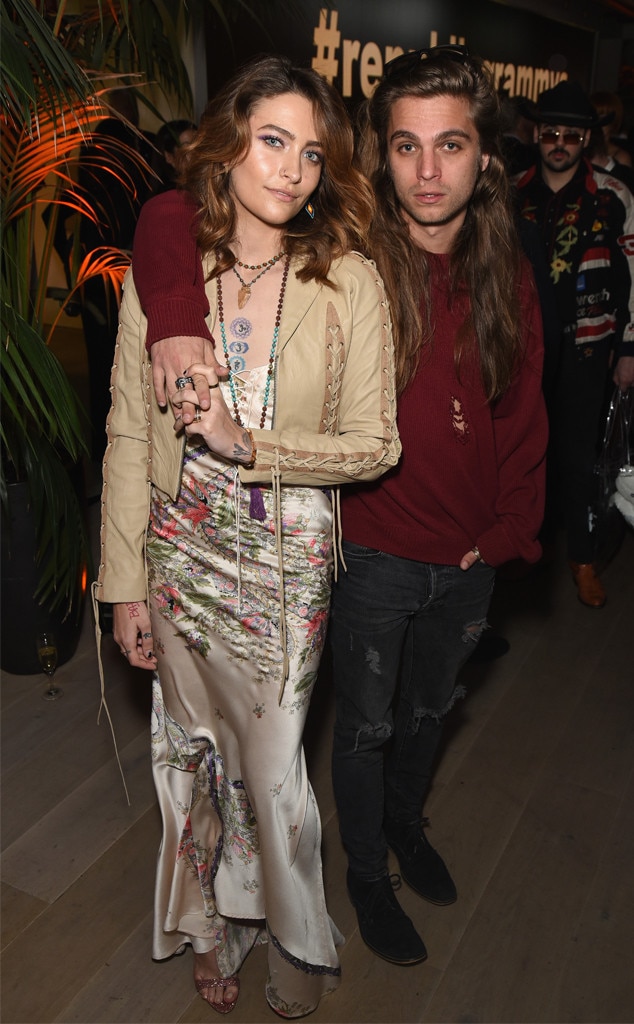 It's over for Paris Jackson and Gabriel Glenn.

E! News has learned the 22-year-old daughter of Michael Jackson and her boyfriend of more than two years have broken up.

The couple, who perform together as folk music duo The Sunflowers, most recently allowed cameras into their relationship for a Facebook Watch series, Unfiltered: Paris Jackson & Gabriel Glenn. In the finale episode, which aired Tuesday, Aug. 4, Paris said she and Gabriel, 24, are "constantly butting heads."

So what went wrong for the celeb pairing? A source says their relationship has been "on and off for a while."

"Paris is doing okay. She's working on herself," the insider tells E! News.

"For now," the source shares, "both are going to focus on their separate projects and will probably decide down the road about their music together and The Sunflowers."

Paris and Gabriel's paths first crossed in April 2018 when she saw his other band, the Trash Dogs, perform in Hollywood. Paris has said the pair formed an instant connection and were together ever since.

"I think we said when we first got together," Gabriel recalled in the Facebook Watch series, "even if we didn't work out as a couple, we always would want to be in a band together. Our music was one thing we wanted to hold on to no matter what."

From Paris' perspective, she shared, "I want to grow, and I want to become a better person, a better musician, but I can't do this without Gabe. Gabe showed me love does exist, not just in the movies, and it's not as pretty as it looks in the movies. It can get ugly and it can be more beautiful than described in the movies and it is possible. He makes me not feel as alone. He's had an impact on me and my life and my heart in ways that I cannot even describe. I can't see my life without him."

Prior to dating Gabriel, the starlet was romantically linked to Cara Delevingne. She dated musician Michael Snoddy for a year prior to their 2017 split.

08/05/2020 Lifestyle Comments Off on Paris Jackson and Boyfriend Gabriel Glenn Break Up After 2 Years Together
Recent Posts
We and our partners use cookies on this site to improve our service, perform analytics, personalize advertising, measure advertising performance, and remember website preferences.Ok