Not having it. Patrick J. Adams didn’t hold back when sharing his feelings about online discussion surrounding his former costar Meghan Markle.

“Hello to the people and many bots debating all things Markle and including me in the conversation,” the Canada native tweeted on Wednesday, January 12. “I just want you to know a couple of things. 1. I don’t read any of it. 2. Life is short. 3. There has to got to be better things for you to be doing. Even you, bots.” 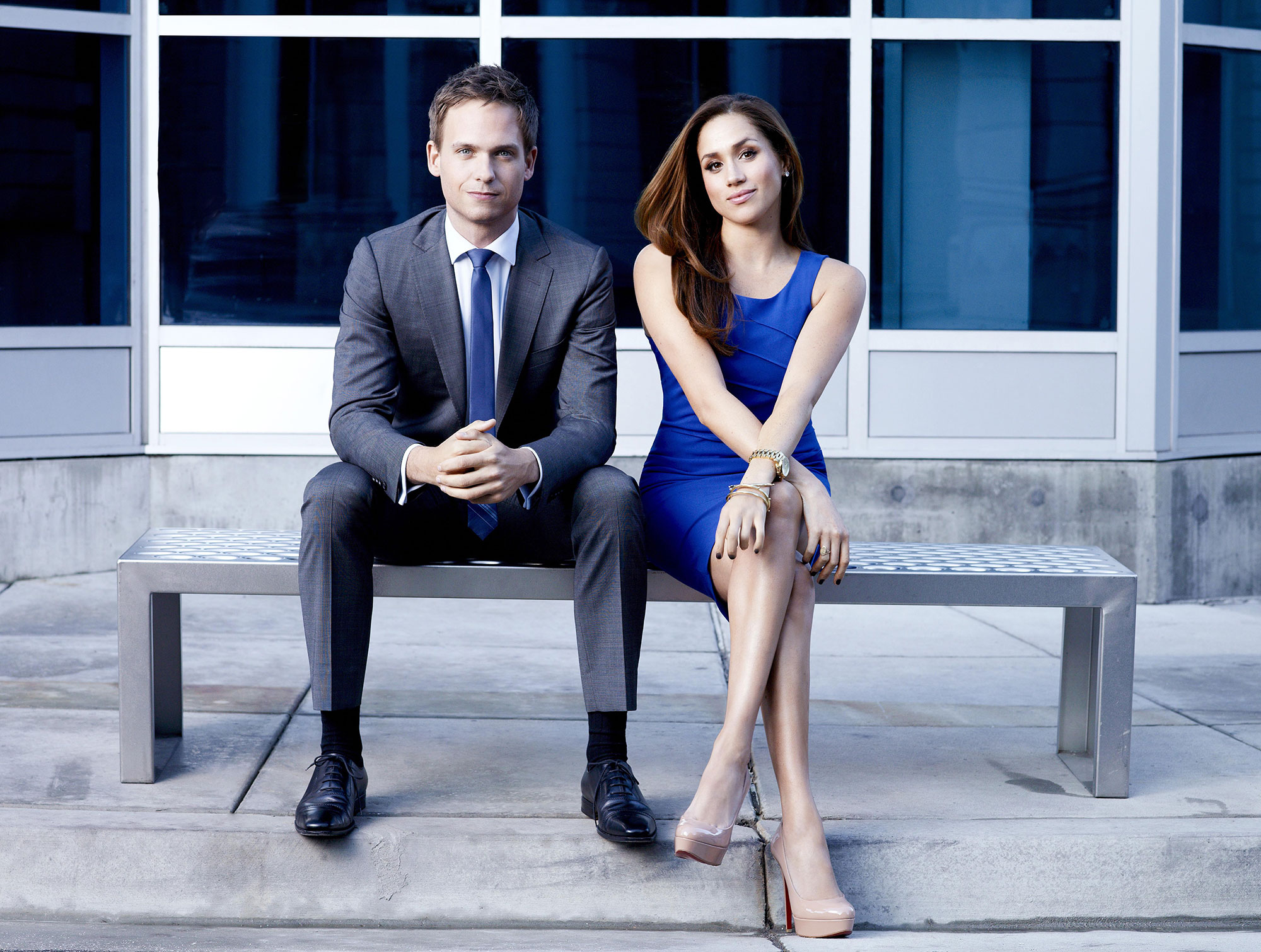 The University of Southern California grad starred alongside the Duchess of Sussex, 40, on the USA series Suits from 2011 to 2018. The duo exited the show together after season 7, which ended with their characters Rachel and Mike getting married. Adams later returned to the series for its ninth and final season.

The Bench author left Suits because of her romance with Prince Harry, whom she wed in May 2018. Several of her former castmates, including Adams, attended the pair’s nuptials.

After royal staffers accused the duchess of bullying last year, Adams came to his onscreen wife’s defense in a strongly worded Twitter thread.

“Meghan Markle and I spent the better part of a decade working together on Suits. From day one she was an enthusiastic, kind, cooperative, giving, joyful and supportive member of our television family,” he wrote in March 2021. “She remained that person and colleague as fame, prestige and power accrued. She has always been a powerful woman with a deep sense of morality and a fierce work ethic and has never been afraid to speak up, be heard and defend herself and those she holds dear.”

The Screen Actors Guild Award nominee also slammed the royal family, saying that it was “obscene” they didn’t do more to protect her from “racist, slanderous, clickbaiting vitriol” directed at her online and in media outlets.

Meghan denied the bullying accusations in a statement at the time, with her rep telling Us Weekly: “The Duchess is saddened by this latest attack on her character, particularly as someone who has been the target of bullying herself and is deeply committed to supporting those who have experienced pain and trauma.”

Days later, CBS aired Meghan’s tell-all interview with her husband, 37. During the special, the couple detailed their decision to step down as senior royals in January 2020.

01/13/2022 Lifestyle Comments Off on Patrick J. Adams Is Tired of ‘Bots’ Talking About Him and Meghan Markle
Recent Posts