ICYMI, the newly-released season of Black Mirror, Netflix’s often creepy anthology series that looks at how potential future technology and human nature might collide, features an episode starring Miley Cyrus as pop musician Ashley O. Since it aired, the internet has been freaking out that the story might be based on performer JoJo Siwa, a former Dance Moms cast member turned touring children’s pop singer with 8.3 million followers on Instagram, who casually “babysits” North West.

In a nutshell, the Black Mirror episode in question presents Ashley O. as a pink-bob-wig clad singer with an empire of branded merchandise, including an AI doll called Ashley Too that’s implanted with her hyper-positive personality. Ashley’s clearly looking to get out of the commercialized celebrity machine that’s grown around her and her music, but she feels trapped, and her doll (owned by many an obsessed young fan) eventually goes rogue as well. 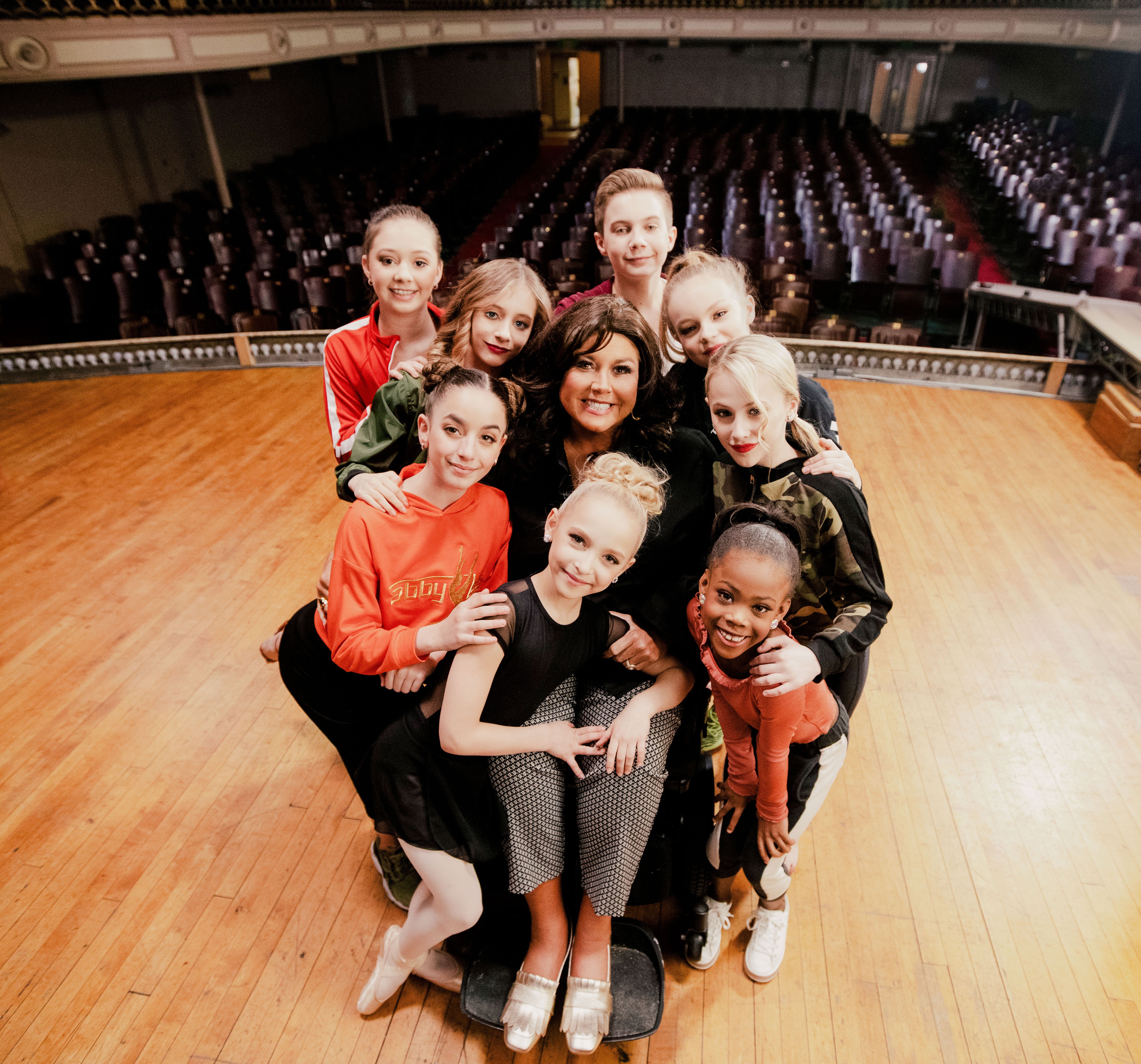 It’s easy to see some parallels here between Miley’s own transition from Disney’s Hannah Montana bubblegum pop princess to the grittier adult artist she is today. But fans of the show have some other theories. Several tweets have pointed to similarities between the show’s Ashley O character and JoJo Siwa, and honestly, they’re pretty compelling.

I’m ten minutes into the Miley Black Mirror episode and must know, has anyone checked in on Jojo Siwa???

Some Twitter users even predicted a Black Mirror episode based on Jojo’s unreal life.

If you’re unfamiliar, Jojo is beloved by little girls for her upbeat songs, non-stop high-energy, positive messaging (“Love everyone! Support everyone!”), and rainbow-candy-unicorn-explosion style. It’s kind of hard to believe that Jojo is actually 16, because her vibe screams 7-year-old birthday party. She’s known for her signature high and tight ponytail with rainbow clip-in streaks, glittery bomber jackets, and oversized bows.

Kind of seems like the pseudo-cult of forced positivity that Ashley O. fans are sucked into, huh? And the parallels between their endless merchandise (and how they market it through talk show interviews) can’t be denied. Just check out this Jimmy Fallon interview to see what I’m talking about. The best line: “What Spongebob’s face is on, that’s what my face is on.”

Look, I’m happy for Jojo in that she’s clearly gonna be set for life financially. But I also hope the 16-year-old isn’t stuck in her own personal version of Black Mirror hell…. because as the episode proves, being forced to be something you’re not never ends well.