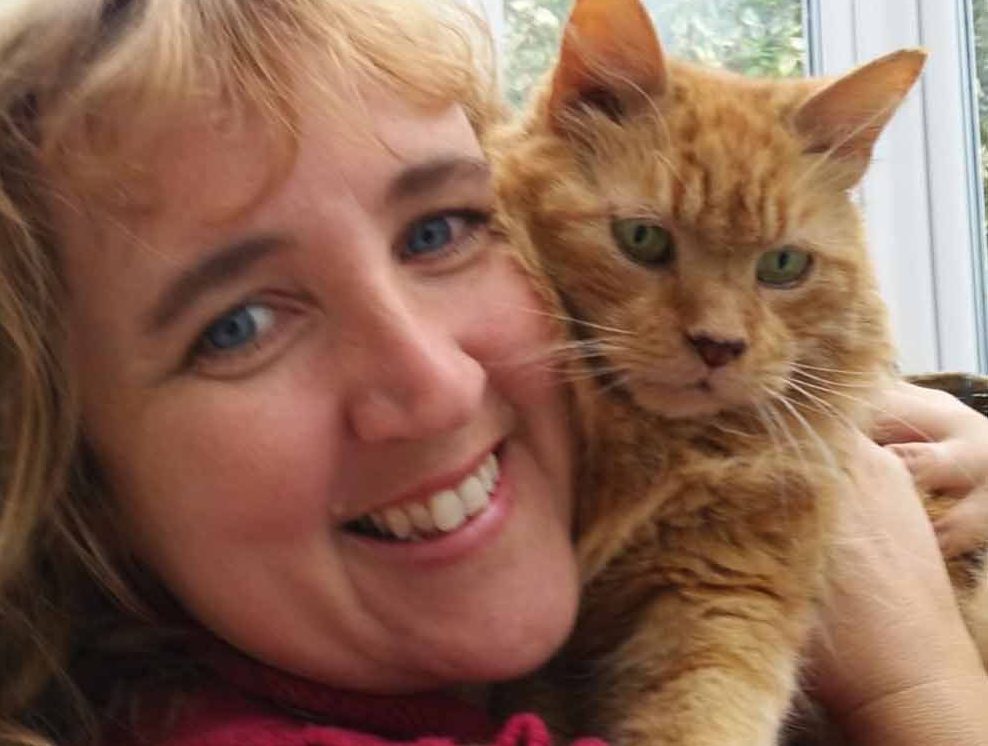 A ‘pet psychic’ who claims to be able to telepathically communicate with animals has made some predictions for the year ahead – and your goldfish might need some extra TLC.

Samantha Milns, 50, qualified as an animal communicator following a ‘vision quest’ or spiritual retreat in 2008, and also works as a ‘pet detective’.

An admin manager for a wealth company before she became an animal psychic, she said: ‘I’m seeing a real mixed bag over the next year for pet owners.

‘I think it’s going to be a great year for Jack Russells, as they are going to feel very confident and happy in 2022.

‘But Staffordshire bull terriers are going to struggle and pooches, generally, will need a lot of reassurance in the coming year.’

Using her psychic skillset – for which she had to take four exams and get at least 90% in each – Samantha has come up with something of a month-by-month guide to your furry (or scaly) friends’ moods.

According to her, the best month for guinea pigs will be August, and horses will also have a joyful summer as they’re able to get out more in the weather.

Samantha claims that, as we return to work, dogs will be hit hardest.

‘I sense a lot of unrest in September,’ she says.

‘I especially see a lot of Labradors really struggling, because of their owners being back in the office.

‘With more home working ending, it’s going to be turbulent and will be a huge adjustment for our dogs. But I do see this calming by December for all animals.’

Unfortunately, Samantha does not foresee such happiness for all animals.

‘I see a lot of death for goldfish in December,’ she warned. ‘I think there is going to be some kind of fungal infection that is going to wipe a lot of people’s fish out.’

Meanwhile, January 2022 dawns with the sad abandonment of a number of Staffordshire bull terriers, according to Samantha.

‘I see heartache in January,’ she says. ‘I see Staffies being given away.

‘But the heartache feels temporary – as if they will find happiness again.’

If that wasn’t enough to worry about, she believes an earthquake will hit somewhere in the world in June next year, and that a Newfoundland dog will hit the headlines for a rescue of some sort.

Her advice is: ‘While I predict some heartache and illness, I think if owners are mindful and watch out for the months when their animal may need guidance, they can push past the hardship and emerge stronger from it.’

Get in touch at [email protected]

07/15/2021 Lifestyle Comments Off on Pet psychic predicts bad year for goldfish, but good one for budgies
Recent Posts