Motorists had enjoyed price drops since July, but this came to a crashing end after Christmas. 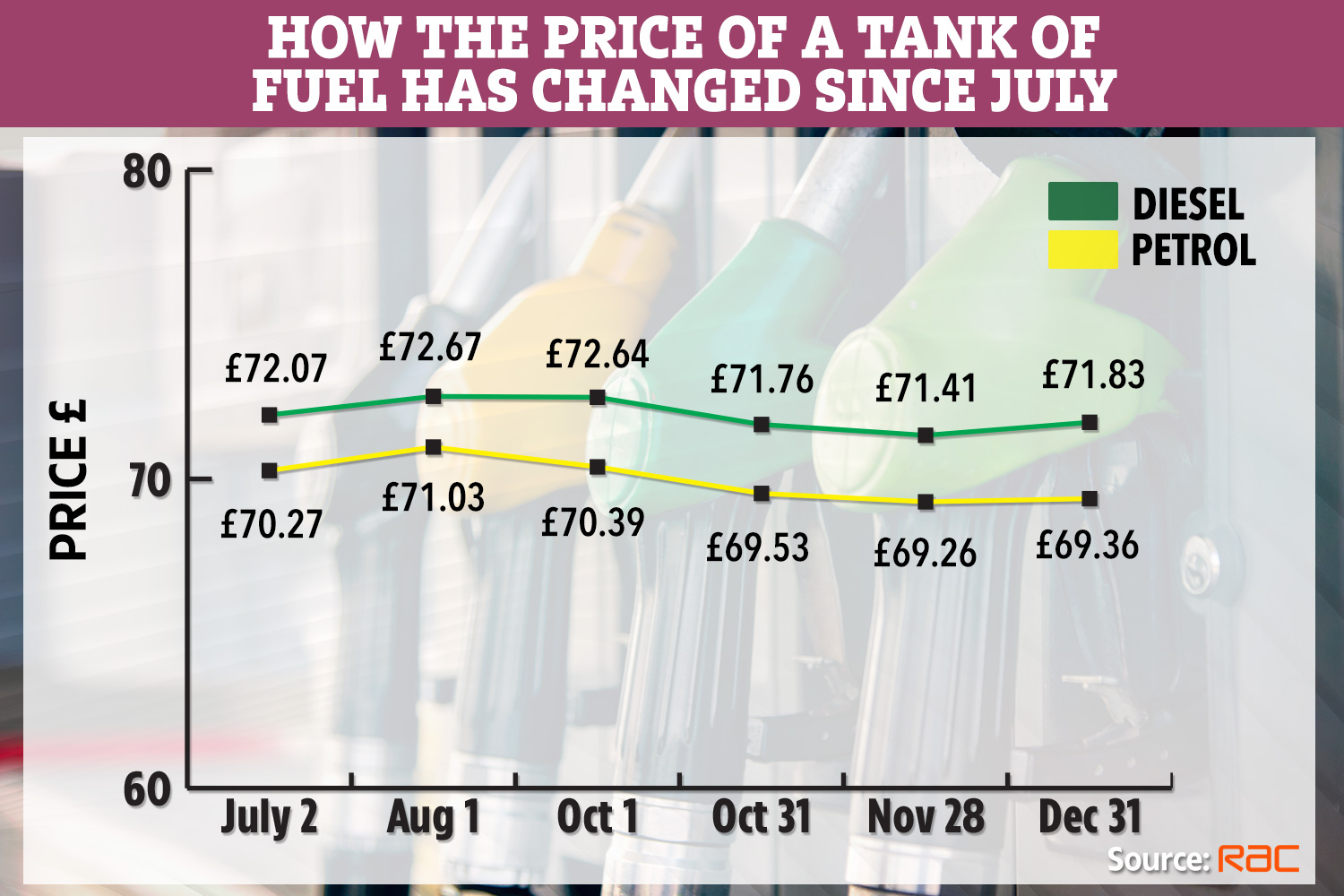 The average cost of petrol now sits at 126.11p per litre, according to the RAC Fuel Watch, up by 0.24p compared to the beginning of December.

Motorists felt the pinch as the global price of oil shot up by 5 per cent, which supermarkets were quick to react to.

The increase came just a couple of weeks after Asda started a supermarket pump price war in mid-December by cutting fuel prices by up 2p a litre.

The reduction took its pump price of petrol to 117.7p per litre, while it reduced diesel by a penny to 122.7p.

But by December 29, the supermarket had already increased its petrol price by 2.5p to 120.26p a litre.

Ways to cut down on your fuel costs

To find out where the cheapest petrol stations are located near you, compare prices on Petrolprices.com or Confused.com.

Another way to get the cheapest fuel is by locating places where there are many stations close together, as the competition usually drives down prices too, according to Petrolprices.

Or if you live in a posh area, drive to a less posh one as you may find that prices are a few pence a litre lower there too.

Simon Williams, fuel spokesman at RAC said: "While there was some positive news for drivers in December with an overdue fuel price cut from the supermarkets mid-month, after Christmas things unfortunately took a turn for the worse.

"As we embark on a new decade it is difficult to see that 2020 will be a good year for drivers in terms of fuel prices.

"As it stands we can’t see any reason for prices to come down significantly.

"Sadly, it seems more likely that there will be slight increases to contend with.

"Unless of course there is a substantial jump in the value of the pound against the dollar or an unexpected drop in demand for oil."

In October, RAC warned that supermarkets and petrol stations were "charging 4p per litre more than they should be".

While the AA also accused garages of "ripping off" drivers by not passing on a 4p a litre wholesale cut.

Petrol prices shot up in July pushing the average cost of tank of fuel to £71.01.

Related posts:
01/05/2020 Lifestyle Comments Off on Petrol prices rise again for the first time since July – how to find the cheapest fuel – The Sun
Recent Posts
We and our partners use cookies on this site to improve our service, perform analytics, personalize advertising, measure advertising performance, and remember website preferences.Ok