‘Good morning, Mr Morgan,’ said a polite male American voice on the phone, ‘this is the White House switchboard. Are you free to speak with the President?’

I toyed with replying ‘Nope’, just to see how the guy reacted.

But of course I said yes, and moments later a familiar voice boomed into my ear.

‘Piers!’ said Donald Trump, who by the time you read this may or may not still be President. ‘How are you?’

We hadn’t spoken since he unfollowed me on Twitter back in April after I wrote a Mail column telling him to ‘Shut the f**k up, Mr President’ when he suggested people should be injected with bleach to cure coronavirus.

And I’ve been relentlessly critical of his woeful handling of the crisis since then. So I was surprised, to put it mildly, that he called.

It turned out he’d seen me talking about him yesterday on US breakfast TV show Fox And Friends, and thought it was time to bury the hatchet. He dropped an immediate bombshell.

‘I actually got scammed by a fake Piers,’ Trump chuckled.

‘Yeah, some guy rang pretending to be you when I was on Air Force One yesterday, and I actually spoke with him for a few minutes. He sure sounded like you. I guess we’ll soon be reading about it somewhere. A fake Piers, crazy, right… hahahaha?’

Only Trump could find such a prank funny. Most world leaders would be horrified to be caught out like this.

We spoke for 25 minutes about everything from Covid and the US election to Boris Johnson. On the latter, I was finally able to confirm something that had been bothering me all year.

I’d been due to interview Trump last December, when he flew into London for a Nato summit, but it was abruptly cancelled just before it was due to happen, and I was given some guff about ‘scheduling issues’.

At a Christmas party after Boris Johnson’s election victory ten days later, one of Boris’s campaign team boasted gleefully to me that they’d got the interview canned to stop me extracting potentially embarrassing headlines from Trump that might damage their chances of winning.

Trump’s people vehemently denied this to me, as did No 10. But today I got the truth. ‘Boris begged me not to do it,’ Trump told me. ‘He really begged, and even mentioned the Queen, so I felt I had no choice but to postpone, though I knew you wouldn’t be happy and would hammer me.

And boy have you hammered me! But to be honest, I’d have done the same if I were you.’

Of course, my critique of his coronavirus strategy had nothing to do with him canning our interview, but it was fascinating to learn just how far Boris – who ran into a fridge on the eve of the election to avoid honouring repeated pledges to speak to GMB, and has now led a 185-day boycott of our show because we dared to ask his Ministers tough questions – will go to suppress off-message journalists.

He really is a gutless little twerp.

As we head into the second national lockdown of this coronavirus crisis, I’m reminded of that most valuable commodity in such times: perspective.

Today is the seventh anniversary of the death of my gloriously strong-willed and rebellious grandmother Margot Barber, and I often wonder what she would have made of this extraordinary year.

After all, she was born in 1919, a year after the First World War ended and during the Spanish flu pandemic. 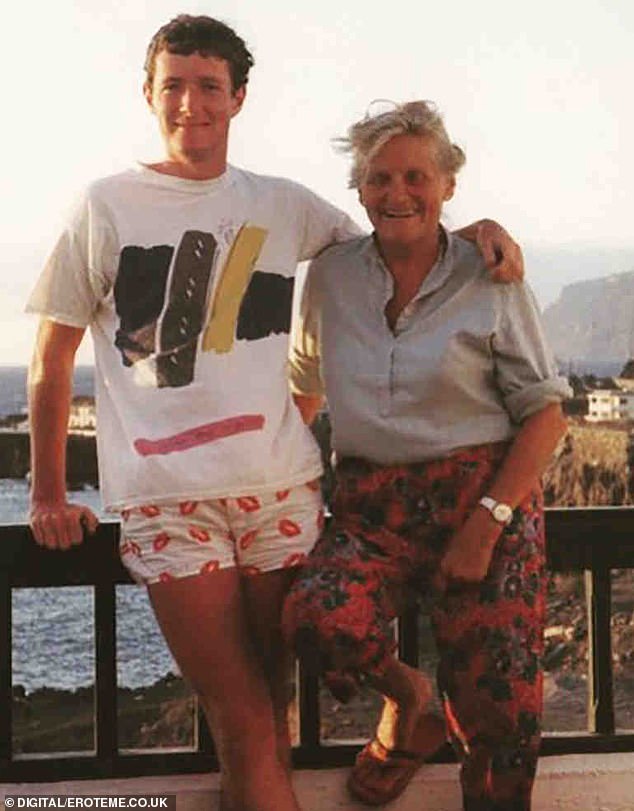 She was ten when the US stock market crashed, plunging the world into the Great Depression. She was 19 when the Second World War started, 25 when it finished. She lived through the Korean War, the Cuban missile crisis, J. F. K. and Martin Luther King being assassinated, the Vietnam War, Aids, Chernobyl, two Iraq wars, 9/11, the Afghanistan War and the 2008 financial crash.

She survived it all and then she died, aged 93, having spawned four children, 14 grandchildren, 39 great-grandchildren and the family mantra: ‘One day you’re cock of the walk, the next, a feather duster.’

I think she’d have told us all to get a collective grip, help each other as best we can and get through this weird, uneasy time in the knowledge that, like everything else in life, it will end.

Oh, and she would also have recommended regular dosage of her preferred therapeutic ‘medicine’ – a dram or two of Scottish whisky.

Sir Sean Connery’s death at 90 has sparked renewed debate about who’s been the best James Bond.

I defer to George Lazenby, one of only seven actors to play 007 (the others were David Niven, Roger Moore, Timothy Dalton, Pierce Brosnan and Daniel Craig) for the definitive answer.

‘Sean Connery was James Bond,’ the Australian star told me when we played cricket together in LA a few years ago. ‘The rest of us were just impostors.’

My GMB colleague Kate Garraway has revealed that her husband Derek uttered his first words since lying in a Covid-induced coma for seven months, whispering the word ‘pain’ twice.

It’s the first real glimmer of hope Kate has had since her nightmare began.

We had a long chat over the weekend and her courage, resilience, determination and dignity in the face of such unimaginable heartbreak continues to astound me. She’s even retained her legendarily cheery good humour. 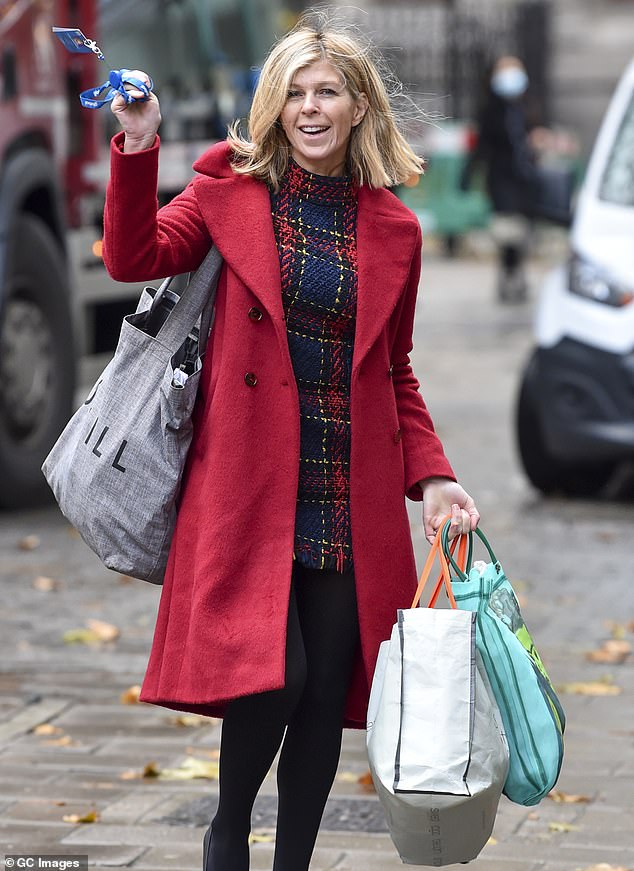 My GMB colleague Kate Garraway (above) has revealed that her husband Derek uttered his first words since lying in a Covid-induced coma for seven months, whispering the word ‘pain’

‘If Derek comes through this, it will be the second-most miraculous achievement of his life,’ I said.

‘What was the first?’ she asked.

‘Persuading you to marry him!’

We both laughed loudly for quite a while.

‘I’m going to tell him you said that when I speak to him later,’ she said.

11/08/2020 Lifestyle Comments Off on PIERS MORGAN: The real reason why Donald Trump cancelled his interview
Recent Posts
We and our partners use cookies on this site to improve our service, perform analytics, personalize advertising, measure advertising performance, and remember website preferences.Ok