Lawyers for a Porsche driver accused of taunting a dying police officer on a Melbourne freeway are fighting to have a key charge thrown out, arguing the prosecution rely on examples of the common law offence dating back 400 years.

Police allege Richard Pusey, 42, filmed the aftermath of the Eastern Freeway crash that killed four police officers before fleeing the scene on April 22. He remains in custody after being arrested the following day. 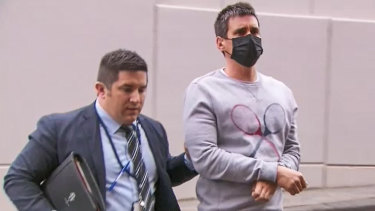 He’s since been charged with 15 offences including reckless conduct, behaving in an indecent or offensive manner and the rare offence of committing an act outraging public decency.

It’s the single charge of outraging public decency that Mr Pusey’s legal team argue cannot be proven, with barrister Dermot Dann, QC, telling the Melbourne Magistrates Court on Thursday he's been unable to find a case involving the charge in Australia in hundreds of years of legal history, stalling efforts to resolve the matter.

Court documents state the charge relates to Mr Pusey's use of a mobile phone to record the crash victims while "making commentary" of his observations.

"We haven’t located any reported case in hundreds of years of legal history in this country where such a charge has been framed and pleaded in the same way as it is against Mr Pusey,” Mr Dann said.

“We understand the prosecution rely on a series of English decisions and one of those decisions traces the history of this offence back 400 years.

"Our position in respect to that charge is it can’t be made out legally."

Mr Pusey, who appeared via videolink, sat calmly throughout much of the brief hearing, dressed in a dark green tracksuit top and face mask.

But when media outlets applied for court documents including Mr Pusey's record of interview, he became agitated, at times shaking his head.

Magistrate Donna Bakos ordered the application be heard when the matter returns to court on August 26.

When asked if he understood the case was being adjourned, Mr Pusey replied: "Thank you, your honour."

Mr Pusey, who celebrated his 42nd birthday in custody last month, had been pulled over in his Porsche for allegedly speeding along the Eastern Freeway when a semi-trailer driven by Mohinder Singh struck four police officers in the emergency lane. 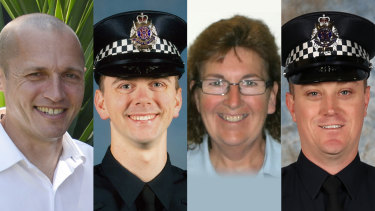 As Leading Senior Constable Taylor lay dying, her body camera captured Mr Pusey saying to her: "There you go. Amazing, absolutely amazing. All I wanted to do was go home and have my sushi."

The day after the crash, Mr Pusey was charged with a string of offences, including driving at a dangerous speed, reckless conduct endangering life, failing to render assistance at the scene of a collision and possessing a drug of dependence.

Then, in June, he was charged with further offences including committing an act outraging public decency, along with behaving in an indecent or offensive manner.

The truck driver, Mr Singh, 47, has been charged with culpable driving causing the deaths of the four officers.

08/13/2020 Lifestyle Comments Off on Porsche driver Richard Pusey fighting charge as plea negotiations stall
Recent Posts
We and our partners use cookies on this site to improve our service, perform analytics, personalize advertising, measure advertising performance, and remember website preferences.Ok